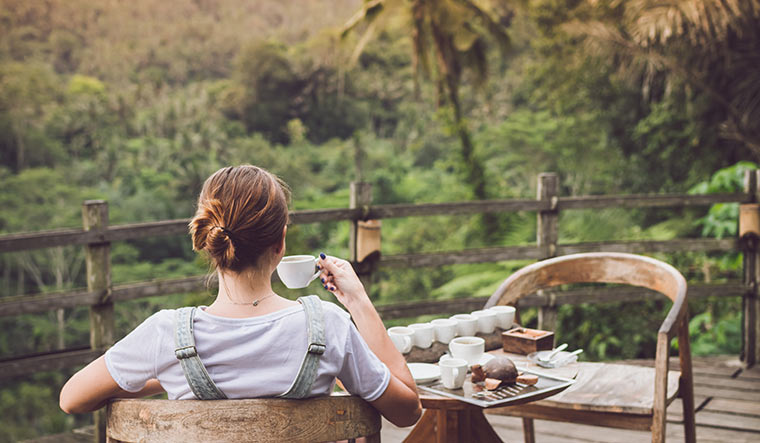 If breakfast time in your household is anything like it is in mine, it is a riotous clash of plates, pinging kitchen appliances and mobile phones, people coming and going and pets wailing to be fed. The antithesis of a wellness trend in America, which The New York Times recently described as a possible panacea to the stress of the pandemic: the silent breakfast.

Already well-established on yoga retreats, the migration of a ritual rooted in Buddhism to the domestic milieu was apparently born of a need for respite from the digital intrusion that threatens to become all-consuming when working from home. We are all aware—and if we aren't there are several apps that can alert us to it—that constant exposure to distracting or loud noises can have health consequences, from elevated heart rate and blood pressure, to a flood of stress hormones and an inability to concentrate. Does it follow that pursuing peacefulness each morning will help?

Charles Spence, an experimental psychologist at the University of Oxford, says that if any meal can be eaten in silence, it is probably breakfast. “Dining is fundamentally a social activity and it is hard to be social in silence,” he says. “But for many people, breakfast is the least social meal of the day. Perhaps a silent breakfast might help reduce the sensory overload; it also has a slightly meditative thing going on.”

Studies have shown that our brains and bodies respond to bouts of silence in the same way they respond to meditation—they lower stress hormones and the breathing rate so that, afterwards, better levels of concentration and a sense of calmness take hold.

There could be benefits from even brief silent breaks during your day. “In recent months, people have begun to appreciate the appeal of some silence in their lives,” says Dr Julie Darbyshire, the principal investigator on Oxford University’s Nuffield Department of Clinical Neurosciences’ SILENCE project, which looked at the effect of quietness on hospital patients. “There are potentially massive health gains from everyone having a bit of quiet time.” Here is what some quiet time can achieve:

Two minutes of silence is good for the heart

Classical music has been helpful in lowering a raised heart rate and blood pressure, but so too has exposure to silence. Cardiologists discovered that a two-minute silent pause between recordings of classical music had a dramatic effect on relieving tension in the body and mind. In her own research, Darbyshire assessed the effect of noisy hospital wards on patients’ health and found the constant loud sounds in intensive care units—during the day, noise levels were equivalent to those of a busy restaurant and even at night there were sounds louder than 85 decibels, about the level of a road drill, up to 16 times an hour—to be hugely detrimental.

“Noise is a distraction and a stressor, and a quiet and calm environment is definitely better for patients and staff in hospitals,” she says.

Retreating into quietness for two hours a day could boost your cognitive ability. In a study of mice, researchers at the German Centre for Neurodegenerative Diseases (DZNE) and other centres found that two hours of silence triggered their brains to create new cells in the hippocampus region, which are linked to learning, memory and emotions. This resulted in the animals’ increased alertness and readiness for “future cognitive challenges”. Imke Kirste, a researcher at DZNE and Duke University who worked on the study, suggests that these cells appeared to become functioning neurons. “Silence is really helping the newly generated cells to differentiate into neurons and integrate into the system,” said Kirste.

In what they dubbed the “crunch effect”, scientists at Brigham Young University (BYU) and Colorado State University discovered that being able to hear the sounds your food makes while you’re eating—all that chewing, chomping and crunching—means you consume fewer calories than you do while eating when listening to music, a podcast or exposed to any distracting sound. In one of their trials, they asked participants to wear headphones playing either quiet noise or noise loud enough to mask chewing while they ate snacks. On average, those listening to louder sounds ate four pretzels compared with 2.75 pretzels when wearing the quiet headphones. “Sound is typically labelled as the forgotten food sense,” says Ryan Elder, the assistant professor of marketing at BYU’s Marriott School of Management. “But if people are more focused on the sound the food makes, it could reduce consumption.”

Noise impairs our sense of taste

As well as helping with calorie control, eating in silence—or at least a quieter environment—can have a positive impact on your enjoyment of food. In laboratory and real-life settings, Spence has shown that people drink more when exposed to loud music and suggests that loud noise can be detrimental to the taste and texture of food. 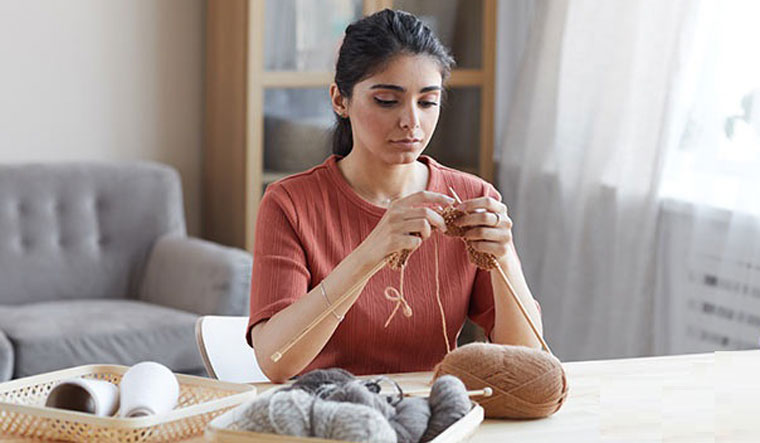 “The evidence now clearly demonstrates that both background noise and loud music can impair our ability to taste food and drink,” he says. In a paper published last year in the journal Multisensory Research, he showed that exposure to unpleasant sounds when eating can mask specific tastes such as sweet and salt, and also impair our ability to discriminate between types of alcohol. “There is also emerging evidence that we transfer the emotions we attach to sound to whatever else we evaluate,” he says. “So things don’t taste as good when we listen to music we dislike or sounds we find irritating.”

A silent breakfast could mean you eat less later on

Most of us eat on automatic pilot. “It’s a behaviour so well practised and rehearsed that we don’t need to think much about how to do it. The upshot is we can allocate our attention to other tasks while we are eating,” says Professor Jeff Brunstrom, a researcher in behavioural nutrition at the University of Bristol. “But eating is an automatic behaviour only up to a point and when noise distraction takes us to a limit, it compromises our capacity to eat this way.”

His studies have shown that a consequence of meals distracted by noise is that people eat a larger meal at their next sitting. “There is plenty of evidence that eating more attentively, as we would during a silent breakfast, has an effect on overall food consumption in a subsequent meal,” he says. “You will likely eat less if your previous meal has been mindful.”

Complete quietness can boost the satisfaction you get from doing any activity, from a yoga routine to knitting, says Dr Jennifer Wild, consultant clinical psychologist and associate professor at the University of Oxford, and author of Be Extraordinary (Robinson). “Research in the early 1980s found a link between being fully absorbed in a task and feeling fulfilled,” she says. “Silence can support us to fully absorb our attention in what we are doing—whether that’s reading, walking, gardening or running—and the more absorbed we are in the here and now with our full attention, the happier we are.”

Quietness is also essential when learning a creative new skill or technique. “Science shows that what people love most about their favourite activities, such as rock climbing, reading, playing chess and so on, are the moments during these activities that they are discovering something new—the moments they are being creative—and this is likely to be during periods of silence,” says Wild. “Silence can be very helpful for our overall mood.”