Charting India's role in the historic cracking of the wheat genome 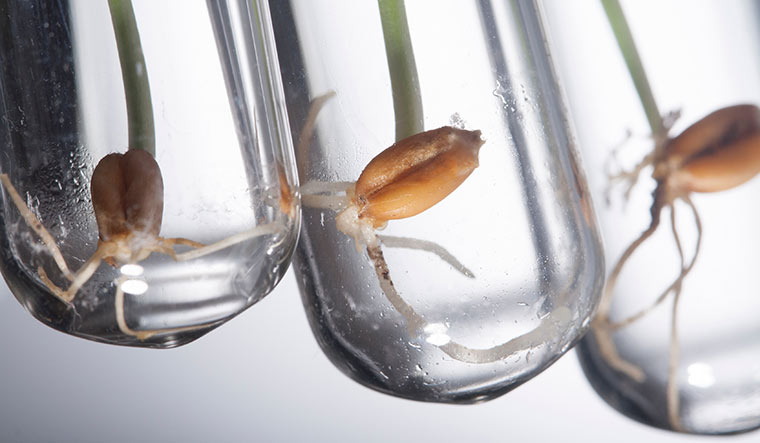 It has been two years since 32-year-old Nishi Khattar stopped including wheat-based chapatis in her meals. She instead has either bajra, jowar or millet chapatis and gets her quota of carbs with rice and oats. Khattar makes sure to stay away from anything that has even a small proportion of wheat in it. The main reason for this is that every time she has it, she feels bloated and irritable. “It happened a few times when I would suddenly have this feeling of inflammation in the gut and I realised that this may be because I was eating wheat chapatis. When I skipped the rotis in my meals for two days, I was feeling just fine. So, I figured that this may have to do with my wheat intolerance,” says Khattar. What she refers to as wheat intolerance is, in scientific parlance, known as gluten intolerance—a range of physical disorders caused by gluten protein in wheat. One of these, celiac disease, affects one in 100 people in north India.

Soni, too, has given up on the intake of wheat, but for a different reason. She says it will help her lose weight easily because it is the gluten that has kept her from shedding the excess weight, according to her dietician. “I totally stopped wheat about four months ago and I have noticed the difference in my body after that. I have lost one and a half kilos and I feel much lighter and more energetic,” says Soni. Dr Karishma Chawla, nutritionist, connects the gluten in the wheat to describe what both Khattar and Soni are trying to convey. “There is no doubt that whole wheat is good for one’s overall health. That is precisely what we have all grown up eating. However, the gluten in it is also known to lead to problems of bloating and weight gain. It must be consumed in a very limited way and a complete shift to other protein-rich staples works better for good, lean and energetic health.”

Very soon, all those who have so far avoided wheat—the second largest produced staple in India—are going to be able to have it without worrying. That is because, last August, 200 researchers from across the world, including three Indian scientists, and their teams finally managed to crack the wheat code, or sequence the wheat genome. This means that they will now be able to edit the faulty parts in the crop's DNA that cause allergies and intolerance and replace it with good DNA, which provides increased nutritional efficiency and productivity.

But doing this was no mean task. The wheat genome is the most complex plant genome—over 40 times more mysterious than the rice genome and has 1,07,891 genes, which is five times than that of a human being's. This is one of the reasons why scientists could sequence the genome of rice, of mice and even that of a human but the wheat somehow always bewildered them. The Human Genome Project (HGP), which ended in 2003, was the world's most significant project and India missed out on participating in it. So, when there came the opportunity to work with scientists around the world on the International Wheat Genome Sequencing Consortium (IWGSC), which was formed in 2005, India's Dr Kuldeep Singh took it upon himself to ensure that India would be a part of it. 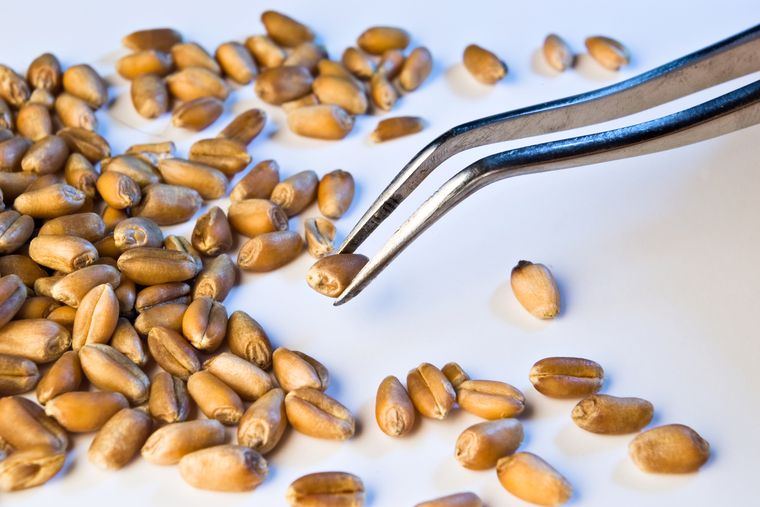 As the molecular geneticist in the School of Agricultural Biotechnology at Punjab Agricultural University, Ludhiana, he and his institute approached the department of biotechnology with a proposal for India's participation and soon the wheels were set in motion. “Nobody ever thought that wheat genome mapping was possible. Especially because 85 per cent of wheat's genome is replicated, meaning nearly everything looks identical or has identical characteristics. What we had to do was to sequence the genome, which meant break it down into thousands of pieces, identify each piece and put it back together again. So it was quite a task,” says the 57-year-old scientist. In wheat there are three genomes—A, B and D—with seven chromosomes in each. So the consortium had to sequence all 21 chromosomes. But since each is so huge, every country took to sequencing just one and India took the 2A.

Helmed by three scientists—Kuldeep Singh, N.K. Singh from ICAR-National Research Institute Plant Biotechnology, New Delhi, and Jitendra P. Khurana from the University of Delhi (South Campus)—a team of 18 scientists got down to work together from their respective campuses. The chromosome 2A that India took was the second largest, while France took to mapping chromosome 3B which is said to be the most complicated and longer than the entire soybean genome. 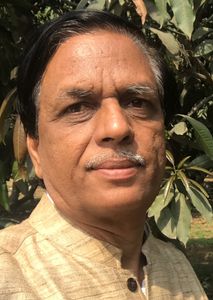 The project was carried out on a budget of Rs35 crore. The teams worked for long hours over eight years to conclude their research. There were moments of frustration, but one which Dr N.K. Singh will never forget was when the international community started questioning if India had the ability to complete the project in the given timeline. They wanted to do everything by themselves, according to him. The problem he says was that the IWGSC was formed in 2005 and most countries had already begun work on their respective chosen genomes. Whereas India joined it in 2010. “The UK was about to snatch it from us. It was after a lot of convincing that they agreed and asked us to make sure we finish it in time, no matter what,” he says.

The initial DNA sample that was to come from the Czech Republic to India also got delayed by six months. Then there were infrastructural issues, too, according to Ajay Kumar Mahato, who worked as a research associate on the project along with Dr N.K. Singh. “The wheat genome is based on the next generation sequencing technology so the data that is generated for the sequencing machine is approximately 230GB. So, the problems we faced was the availability of computational resource to assemble all that data. We established new infrastructure and purchased new servers with high computational facilities. It took us about one and a half years and a lot of night shifts in the lab for data generation alone. And then another almost 2.5 years for actually capturing the analysis of the data of the assembled genome of wheat chromosome 2A short arm,” says Mahato.

In 2014, IWGSC with 2,400 members across 68 countries published the first draft of the genome sequencing and by 2018, as per an article published in Science, the DNA sequence had been ordered and it represented the highest quality genome sequence generated to date for the bread wheat, covering 94 per cent of the entire wheat genome.

Naveen Sharma, who works as a research associate in the department of plant molecular biology under Professor Khurana, managed the bac-n sequencing in the wheat genome project, which means fragmenting the DNA, cloning the genomic fragments and then doing the n-sequencing which finally helps in the assembly of the sequence. “The major problem we faced was with repeat sequencing,” said Sharma. "There was so much pressure to complete the work in the given time frame that it got very exhausting at one point. We used to take one week for sequencing of 3,200 clones which would sap us of all our energy. There was always the risk of failure because everything was so expensive. A 20ml chemical used in sequencing cost us approximately Rs5 lakh to Rs6 lakh. So it had to be perfect the very first time. There was no room for error, wastage and repeat work." Sharma and his researcher friends partied once the research got published in the Science journal.

The decoding of the wheat genome will help identify genes controlling complex agronomic traits such as yield, grain quality and resistance to diseases and pests, as well as tolerance to drought, heat, water logging and salinity. According to Minister of Science and Technology Dr Harsh Vardhan, it will also go a long way in developing climate-resilient wheat and help tide over possible impact of climate change on farm output.

“The genome map will also help in isolating proteins that cause gluten intolerance so that you will no longer have to give up on consuming it,” says Dr Kuldeep Singh. “We also believe that it will help in increasing the bio-availability of iron in bread wheat. As of now only 5 per cent of the iron content in wheat can be absorbed but once we identify the genes and double the bio-availability, we can increase the nutritional quantity of iron in wheat.”

According to a study in the journal PLOS One, it was estimated that the current agricultural output would be insufficient for humans by 2050 and crop yields would need to increase by 1.6 per cent annually to meet the demand. All this, in the face of depleting land and water resources and vagaries of climate change. By cracking the wheat genome, scientists have ensured that wheat remains resilient to most natural calamities and its productivity increases manifold to address the concerns of quality and nutrition. According to well-known wheat researcher Bikram Gill, who is a professor in the department of plant pathology at Kansas State University, scientists in India must be given the freedom to do what they want to. He says that since wheat is an integral part of India's food consumption, it was natural for the country to be part of the history that has been created. He hopes we can now enjoy wheat without worry or panic.