Set up to shelter abused women, one stop centres are not fully functional 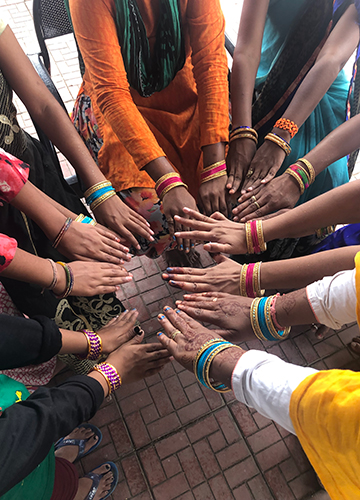 New hope: Survivors of gender-based violence at the Gauravi one stop centre in Madhya Pradesh.

Allow me to open with a question: Do you know where your nearest one stop centre is? They were established to provide integrated support and assistance to women and girls affected by violence. This is a question I often ask my family and friends. On most occasions, even this group of educated and liberal individuals does not have the answer. Because they are not a marginalised group, perhaps they do not feel the need to know.

However, the same cannot be said about the victims in the 4.06 lakh cases of crimes against women that were registered in 2019, and countless more that probably never reached a one stop centre or police station. Knowing the nearest one stop centre is not just for your personal benefit. As a conscious member of your community, you should also be in a position to provide assistance and aid to those who are more at risk of harm and victimisation.

I first visited Gauravi, a one stop centre in Bhopal, in the summer of 2018 as part of the Helena Kennedy Centre for International Justice’s research on gender-based violence in India. Having never been to a centre of this nature, I did not know what to expect. As you enter the complex, the eye immediately goes to the vibrant murals promoting gender equality and awareness on combating violence against women.

Gauravi, meaning pride, is India’s first One Stop Crisis Centre. It was opened in June 2014 in J.P. Hospital in Bhopal. The centre was inaugurated by Union Health and Family Welfare Minister Dr Harsh Vardhan, actor Aamir Khan and Madhya Pradesh Chief Minister Shivraj Singh Chouhan. Khan had discussed the centre and crimes against women on his TV show Satyamev Jayate. While the centre was set up by the Madhya Pradesh state health department, it runs in collaboration with ActionAid, an NGO that works in over 40 countries to combat poverty and injustice, coordinated by a global secretariat, based in Johannesburg.

When Gauravi was located inside the J.P. Hospital, finding and accessing it proved to be a challenge for victims and their families. So it was moved into a single-storey structure in a little complex adjacent to the hospital. Being close to a hospital is one of the key requirements for one stop centres; so that immediate medical attention can be given to the victim. It is also important to note that medical examination plays a crucial role in the long run if the victim wants to pursue the case.

It has been eight years since the gang-rape of a 23-year-old female physiotherapy intern in a private bus in South Delhi. There were six accused, including a minor, all of whom raped her and beat her friend who was accompanying her that night. Nirbhaya, meaning fearless, was the name given to the victim to symbolise her struggle and death. The Nirbhaya Trust was set up by the government a few months later with an allocation of 11,000 crore for the empowerment, safety and security of women and girls.

The ministry of women and child development formulated a scheme for setting up of one stop centres across India, which are funded by this Nirbhaya fund. The centres provide the following services:

* Assistance in lodging a complaint

Research interviews with survivors of gender-based violence as well as members of staff at Gauravi revealed that there is still a lack of awareness and knowledge about women’s helplines, locations of one stop centres and accessibility to support services. 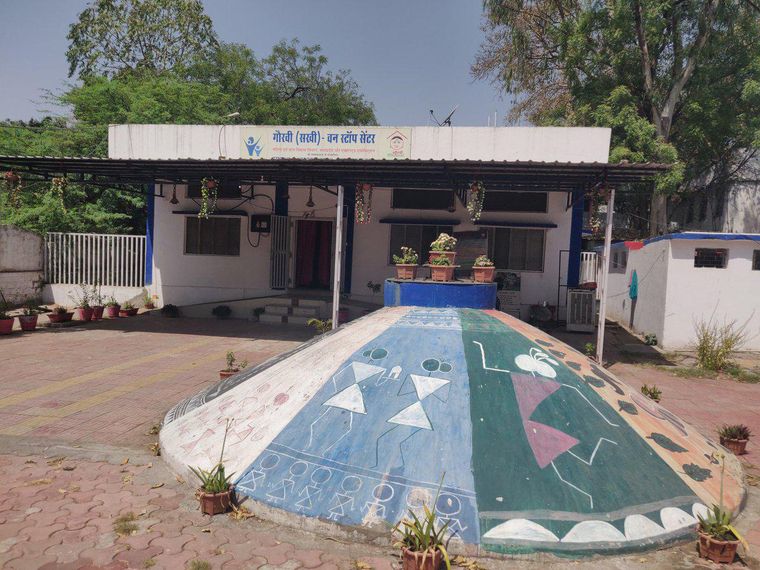 Survivors shared how there was still a dearth of female police officers, and even when present, they were not helpful or supportive. They felt that the police could be more proactive and creative, especially with the help of technology. Sometimes, they said, no follow-up is done despite the availability of evidence. However, some survivors also expressed trust in the police.

With respect to Gauravi, there are also challenges specific to Madhya Pradesh, like diverse ethnic groups, particularly various tribes and caste communities. Child marriage continues (especially in the tribal areas) and tribal norms act as a barrier to justice; in particular the jati panchayat process. Registering complaints continues to be an ordeal for the survivor and her family—court proceedings are another nightmare.

There is no doubt that the staff at Gauravi have given their all to support survivors with the limited resources they have. But it takes a lot more than a building and a few members of staff to fully support victims and their families. Despite being a successful centre, I saw no presence of a female police officer on site during both my research visits.

As per the one stop centre scheme, survivors are only provided temporary shelter. This was also the case with Gauravi, and some of the interviews highlighted the long-term challenges of the scheme, such as displacement of women, break in continued rehabilitation, and further harm and victimisation in women’s shelter homes. One of the survivors, who had spent time at both the temporary shelter provided by Gauravi and the women’s shelter home provided by the state, recalled with horror the living and working conditions which make the vulnerable feel more afraid.

She said: “The centre is not safe at all. Sometimes, men come in at night; they are not stopped by the guard or the night duty manager. They then take sexual liberties with the women without worrying about the consequences.” In 2018, the state government of Madhya Pradesh had also ordered an inspection of women’s hostels in the light of a shelter home rape case in Bhopal.

Since my research into Gauravi in 2018, the one stop centres across India have grown substantially in number. According to the Press Information Bureau, 728 one stop centres were sanctioned and 595 had started operations as of November 2019. Many news articles have also captured the ground realities of how “functional” these are.

So, to answer my question, we certainly do not need more one stop centres. We also need the existing ones to become functional and accessible. This is a classic example of quality over quantity. Instead of prioritising a systematic inquiry into effectiveness of the existing centres, the focus is on highlighting the “progress” through the setting up of more diminutive, shoddy and inadequate centres. There is also a blatant absence of awareness drives that can inform the average citizen how to access their nearest one stop centre. A list of the one stop centres should be easily available in housing complexes, schools, university campuses and organisations in addition to being easily accessible online.

While the UN Women also promotes multisector coordinated care models like the one stop centres, it provides a word of caution: the integration of such models by local governments can be the most challenging part of the process even in stable environments.

Finally, do me a favour and find your nearest one stop centre today.

The writer is a lecturer in criminology at Sheffield Hallam University, UK.