Immunotherapy, effective against cancers and autoimmune diseases, has its challenges 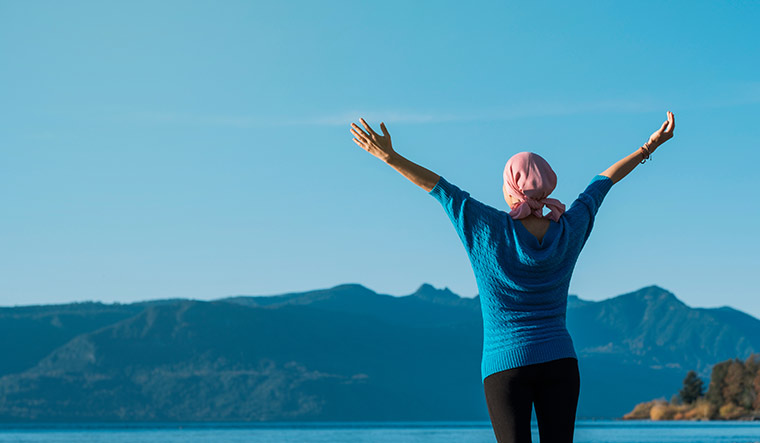 Its work is often described as fascinating, even elegant. And for the most part, it does its job—fighting foreign invader pathogens with an army of antibodies and killer cells and keeping us disease-free. Sometimes though, all it takes is a microscopic entity, say, a SARS-CoV-2, to throw the elegant machinery of the human immune system into a tizzy. Managing this system that has now gone into a tizzy—aka a ‘cytokine storm’—has been keeping scientists, doctors and researchers across the world rather busy. Various methods such as suppressing the system through steroids and even using a cocktail of synthetic antibodies to attack the virus are being studied furiously. It is not the first time that medical science is banking so heavily on targeting the human immune system. Inside laboratories and hospital settings, evidence around targeting the immune system for new treatment modalities, or what is broadly known as immunotherapy, is mounting. The idea, say experts, is fairly simple—the root cause of several diseases lies in immune dysfunction. By stimulating or suppressing specific mechanisms within the system, zeroing in on specific targets, and even using synthetic, lab-generated antibodies, scientists, researchers and clinicians are hoping to find a cure for, or in many cases at least better manage, several diseases, ranging from cancers, autoimmune diseases and infections to heart disease and diabetes.

“With immunotherapy, one can think of either 'stimulatory' immunotherapy, which is what is meant in discussions about cancer (or infectious diseases), or 'suppressive' immunotherapy, which is what is meant in conversations about autoimmune diseases,” says Dr Satyajit Rath, immunologist and adjunct professor, Indian Institute of Science Education and Research, Pune. Apart from cancer, therapy to activate the immune system against specific targets is being thought of in multi-drug-resistant infectious diseases, too. “But nothing is in or even near the market so far,” he says.

When it comes to using immunotherapy in cancer, the last few years have seen much hope, and hype. Research—and limited application in clinical settings—on immune checkpoint inhibitors, adoptive T-cell therapy, targeted therapy and monoclonal antibodies has received a fair bit of attention. The turning point, of course, being the Nobel Prize for immune checkpoint inhibitors in 2018. “In cancer, the normal process of identifying and killing abnormal cancerous cells is thrown off gear,” explains Dr V.S. Negi, head of immunology department, Jawaharlal Institute of Postgraduate Medical Education and Research, Puducherry. “Cancer cells find ways around host immunity to survive and proliferate. They can have proteins on their surface, which switch off the immune activation, or release them in circulation to serve as a smokescreen for them to hide.”

Immunotherapy has helped overcome these “evading mechanisms” of cancer cells. “The new class of drugs called immune checkpoint inhibitors work by releasing a natural brake or checkpoint in the immune system, so that certain immune cells [T-cells] can recognise and attack tumours,” says Negi. Monoclonal antibodies (manmade proteins that are clones of a white blood cell) that attach themselves to these checkpoints and thereby boost the immune cells against cancer have shown good response in solid tumours such as non-small cell lung cancer and melanoma (skin cancer). “In other cancers, such as metastatic renal cell carcinoma, metastatic urothelial cancers, head and neck cancers, and hepatocellular carcinomas, the benefit in overall survival has been only a few months. More work needs to be done to find out why these therapies work on a certain subset of patients, and not others,” says Dr T. Rajkumar, head, department of molecular oncology, Cancer Institute (WIA), Chennai. “Besides, stimulating the immune system also has its own risk in that the system could run amok, and you could unleash what is known as a cytokine storm, leading to death.”

Cytokines are small proteins released by several different cells in the body, including those of the immune system, where their job is to coordinate the fight against infection and trigger inflammation. Sometimes though, excessive release of cytokines can cause hyperinflammation and lead to serious organ damage and even death.

Other forms of “stimulating” the immune system to attack the cancer cells include the adoptive T-cell therapy. “Here, immune cells working against cancer are selected or trained in the laboratory to attack cancer cells (known as chimeric antigen receptor transfer, or CAR-T cell therapy). These selected or trained T-cells are grown in large numbers and injected in the patient with cancer to identify and kill cancer cells,” says Negi.

Work is on to find other “brakes” that need to be released to help immune cells fight cancer better. One such target is indoleamine 2,3-dioxygenase (IDO), a protein that has immunosuppressive effects in tumours, says Rajkumar.

The concept of curing disease by boosting the immune system itself is not new. According to Negi, it originated a century ago for infectious disease, where serum from the recovered patient of diphtheria was used to treat other patients with the same infection. “This form of transferring the serum with antibodies is known as passive immunotherapy,” he says. “Passive immunotherapy has also been available for tetanus, rabies and measles, neutralising the toxin or the micro-organism causing harm to humans.”

Another form of therapy under development is the ‘oncolytic virus therapy’ that is being tried in melanoma. Here, the genetically modified virus invades the cancer cells and kills them. ‘Stem cell transplants’ as immunotherapy, too, have proven useful, especially in cancers involving blood cells such as leukaemia and multiple myeloma. 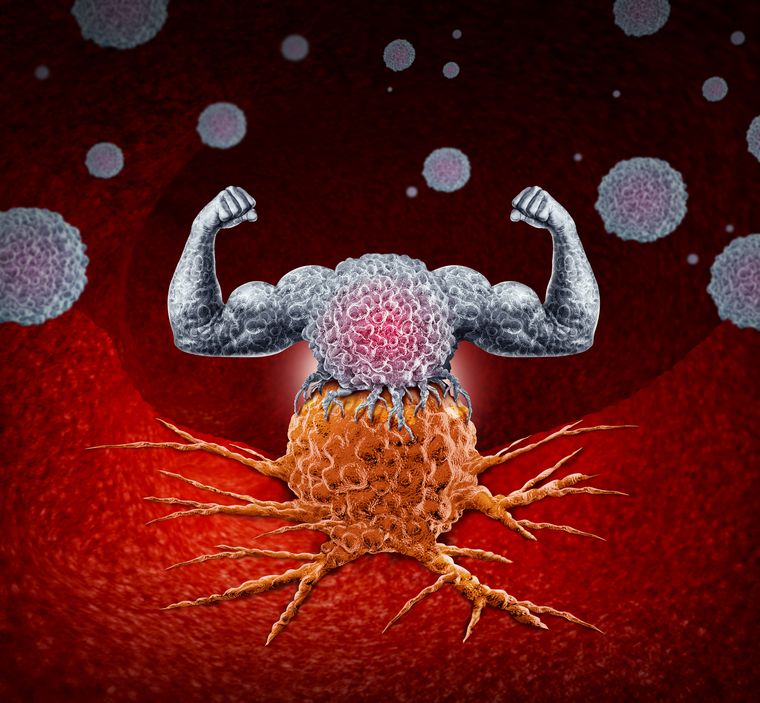 If stimulating the immune system works, the corollary is also promising. Though broadly suppressing the immune system has been a standard treatment for certain ailments such as allergies—steroids work by suppressing an overactive immune response—work is on to be more specific so as to lessen the side-effects in treatment of autoimmune diseases, says Dr John Mathew, associate professor and head of department of clinical immunology, Christian Medical College, Vellore.

Autoimmune diseases happen when the body's immune system starts to fight itself. “Adaptive immune system includes B-cells and T-cells that play a role in long-term immunity. But when that balance goes off, these cells turn against the body. T-regulatory or suppressor cells [a sub-type of T-cells] work to protect from autoimmune diseases. We need to further study these sub-types to understand their role in autoimmune diseases,” says Mathew.

Research is on to that end in autoimmune diseases such as lupus and rheumatoid arthritis. “Such experiments [of finding and re-engineering these T-cells to suppress the immune response] have worked in animal models,” says Mathew. “So, what we have right now is biological plausibility. But since it hasn't been tried in humans yet, we can't be sure. What works in animals may not work in humans.”

With autoimmune diseases, the risk threshold, too, is lower than, say, in cancer. Suppressing the immune systems comes with its own side-effects such as susceptibility to infections. “Cancer is life-threatening, so some side-effects may be acceptable. Not so in chronic diseases such as autoimmune diseases which are debilitating, but not life-threatening,” says Mathew.

Monoclonal antibodies that work to suppress immune systems are also being worked on. Tocilizumab, which made headlines with Covid-19, is a humanised monoclonal antibody that suppresses IL-6 [a kind of cytokine] and helps control inflammation in the body. “Globally, the burden of immune-mediated inflammatory diseases [such as arthritis, inflammatory bowel disease, Type 1 diabetes, Alzheimer's and cardiovascular diseases] is growing. In India, though we have the twin burden of infectious and non-infectious diseases, the numbers of IMID are set to grow, and hence, immunotherapy in this area needs to be researched further in India, too,” says Mathew.

In other treatment modalities such as organ transplants, targeting the immune system is being seen as a new area of hope. “The current strategy to prevent and treat rejection includes use of steroids and other immunosuppressive agents that are required to be given daily. These pose a definite risk of severe infections and other side-effects including hypertension, diabetes and osteoporotic bone fractures,” says Negi. “Use of immunotherapy may overcome these challenges by inducing ‘transplant tolerance’ by giving a cytokine IL-2 or infusion of regulatory T cells.” Eventually, they may help overcome the need for tissue matching during organ donation, and help to make a large number of organs available to deserving patients who die every year waiting for the organs, he adds.

Costs remain a challenge for all forms of immunotherapy. With a price tag of about Rs75 lakh for the checkpoint inhibitors (one-two years of therapy) and Rs2.5 crore or above for the CAR-T cell therapies, cancer immunotherapies remain out of reach for over 99 per cent of the Indian population, says Rajkumar.

Besides, the high costs also have to be seen in the context of how they work for patients. “What we ordinary people mean by a cancer therapy that 'works' is that it 'cures' cancer, implying that it goes away and never recurs. There are very, very, very few examples of that, and some of those examples seem to be in immunotherapies,” says Rath. “For drug companies, though, 'works' can simply mean (commonly) that it extends survival by a few weeks in many patients.” By either definition, most, if not all, cancer therapies, work only in a percentage of patients of any given cancer, he says. “Checkpoint immunotherapies which 'work' for many different kinds of cancers including many solid tumours, only 'work' in a minority of cases in most of these instances,” says Rath. “In some patients though, they seem to have 'worked' even in the sense that the cancers have gone away and not recurred. Many of these immunotherapies [including cancer vaccines, T-cell transfers (both tumour-infiltrating T-cells and engineered CAR-T cells) and the ubiquitous monoclonal antibodies] have not properly become regular treatments yet (with a few exceptions), although there have been successes, including with melanomas, in clinical trials. No treatment 'cures' most patients of a given cancer. So, in that sense, there is a fair amount of hype.”

Monoclonal antibodies, like all biologics, too, remain very expensive even as generic medications, says Rath, in part because of precision manufacturing requirements. “Cell-based therapies require enormously more hospital-based technical resources that are much more expensive, so it seems quite unlikely to me that any of them will become feasible on any reasonable scale in India,” he says. “However, even in the upper middle classes, where this is financially practicable, the potential consumer numbers in India are very large, so private medical business is likely to boom steadily, and hype will keep pace with that.”

More research to find ways to bring down costs by developing more affordable therapies, extensive government funding to support this research, and manufacturing biosimilars (a product very similar to one that is already approved) in the country are some ways to increase access to these therapies, says Rajkumar. 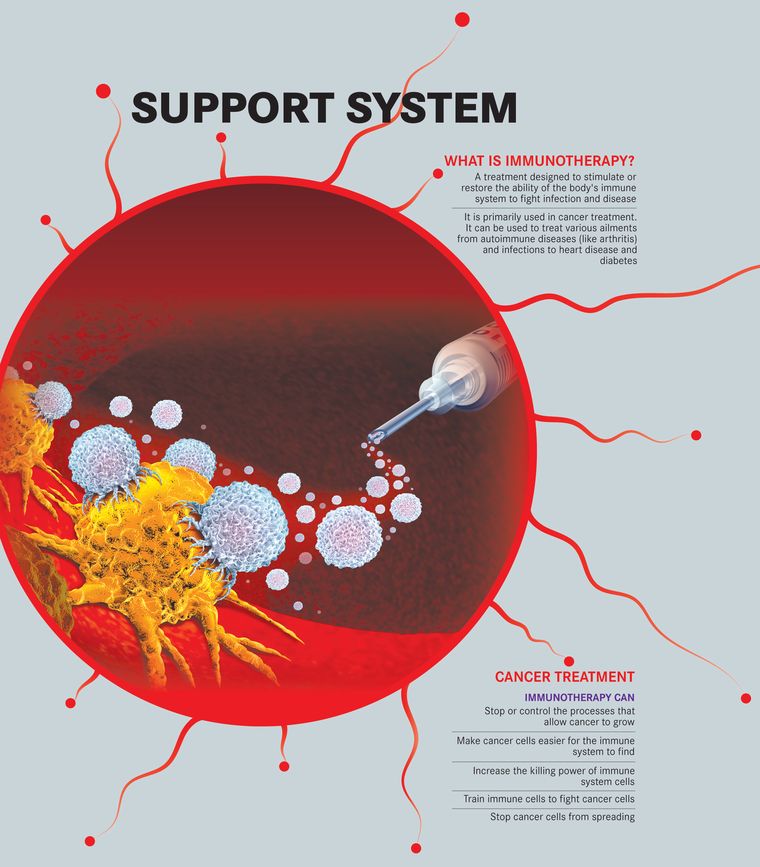 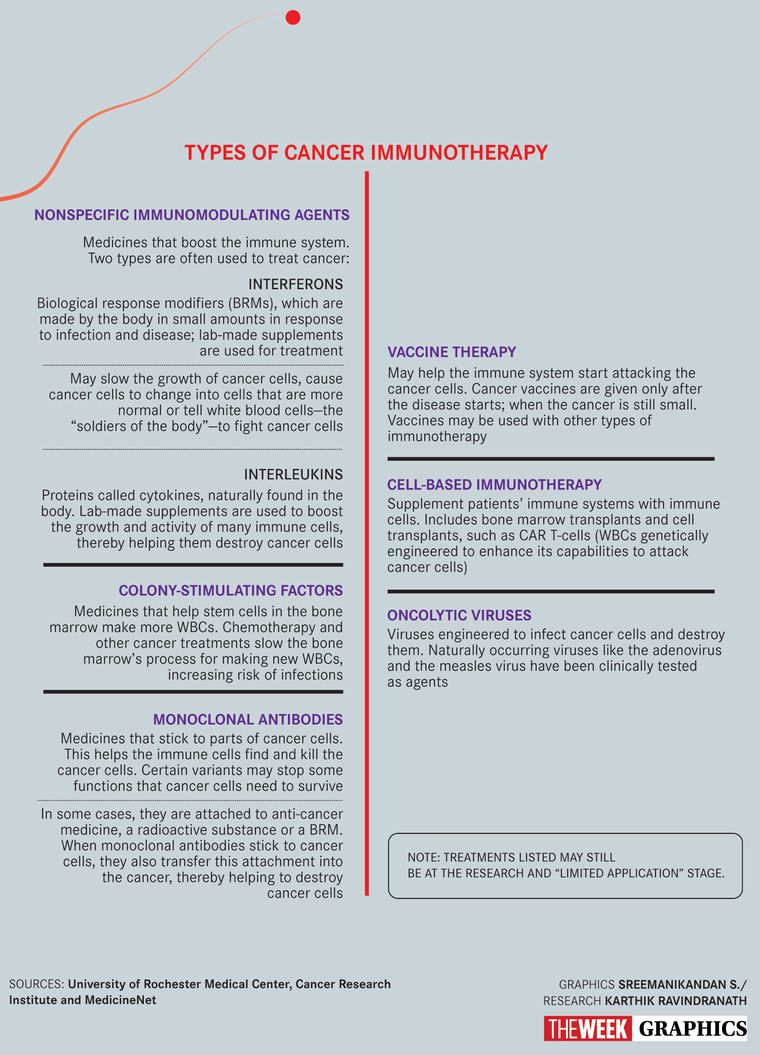