Putting an end to the “awful virus” 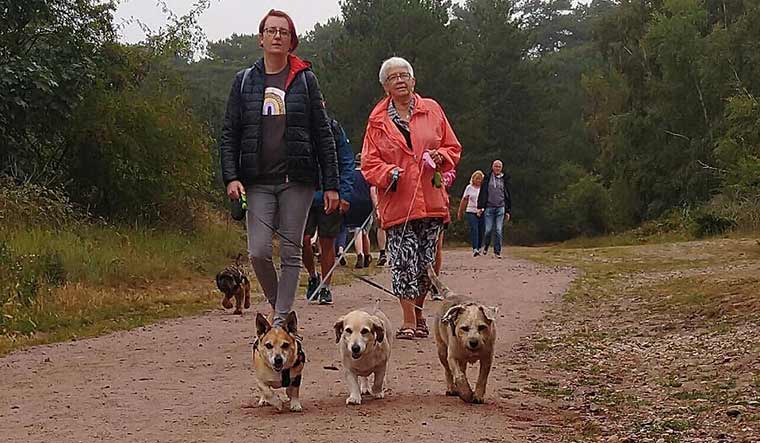 Keeping mum: Victoria Bolderson with her mother-in-law. Bolderson did not tell her parents, sister and mother-in-law that she was participating in a trial for fear of worrying them.

When I heard about the trial, there was not much of a decision to be made in my mind. Our whole lives had been turned upside down by this horrible virus and anything I could do to help could only be a good thing. I filled in the questionnaire and it showed that I was a suitable candidate. A while later, I received a phone call to book my first appointment. I made the decision to keep my plan under wraps from my wider family. Mums have a habit of worrying about things and I did not want to cause them the stress of wondering if anything was going to go wrong. In my mind this was not a concern. I knew if it was unsafe, they would not be choosing to have a trial on human volunteers.

The first appointment was at Addenbrookes hospital on June 6 when I learned more about the risks, watched a video, had a consultation with a doctor and had a blood test. This was the point when I provided my first written consent. The next appointment was on June 17 for the actual injection. I must admit after my initial lack of nerves, sitting beside a hospital bed waiting for the nurse, I was pretty worried. I think it was mainly just down to how clinical and organised it seemed. This sounds like a strange comment, but it made me think that they were prepared for the worst!

After the injection, I went home and wondered what (if anything) would happen. Initially, I felt fine and when we went for a dog walk that night I joked with my husband about how well I felt! Overnight, I felt pretty terrible. My temperature was on the high side and I felt shivery and generally rubbish. The next day I felt really weak and couldn’t muster much energy. Luckily, it was my day off so I spent the day relaxing. By evening, I felt much better! The next day I was back to normal.

The next step was the weekly swabs—these are the worst. I am still unable to do one without gagging and the text I receive on a Wednesday morning fills me with dread!

The next appointment was on July 9 for a blood test to check for antibodies and to generally check how I was doing.

My next appointment was booked for my booster on September 9. That morning, the news broke that there was a problem with one of the volunteers and the trial had been put on hold. Strangely enough, I was still not worried. I had not experienced any effects myself and there had only been one such report of there being a problem. In my eyes, it was a positive thing that the trial had been stopped straightaway. The hospital still asked me to get another blood test and [wanted] to check on me generally.

The trial soon restarted and I had my booster on September 24. My only worry then was that I would feel as terrible as I did after the original injection. Luckily, this was not the case and I did not experience any ill effects.

Would I take part in a future trial? The answer has to be a definite yes. The worst part has definitely been the weekly swabs and the fact that all the appointments are in Cambridge, which makes it time-consuming. Hopefully though it will help in the end and I will have helped in the search for an effective vaccine to try and control this awful virus.