All smiles: Ipsa Valvi with mother, Suchitra. Ipsa was diagnosed with biliary atresia and underwent a liver transplant surgery.

Just four months before her first birthday, Ipsa Valvi underwent a complicated liver transplant surgery. Weighing just a little over four-and-a-half kilos, she became the youngest and lightest baby in west India to undergo a successful liver transplant. As the baby recovered and regained her health, her family and medical team including doctors and nurses celebrated her first birthday at Mumbai's Global Hospital, where the surgery was performed.

Ipsa was born healthy in Vyara, a small town in Tapi district of Gujarat, but her weight remained the same even after two months. Her parents, Suchitra and Krunal Valvi, both homeopathy practitioners, observed that Ipsa had stopped growing. Investigations revealed that she suffered from biliary atresia, a childhood disease of the liver in which the bile ducts are absent. Bile is a bitter greenish-brown alkaline fluid secreted by the liver that aids in digestion, but in biliary atresia it becomes stagnant and causes permanent liver damage and cirrhosis. “This is a very rare disease that affects only one in 20,000 children. The only treatment option left to save the baby was a timely liver transplant,” says Dr Anurag Shrimal, paediatric liver transplant surgeon, Global Hospital, who operated on Ipsa.

Ipsa could have just had a surgery, but a delay of three months in diagnosing the disease left the doctors with no option but to do a transplant. This is what happens with rare diseases, says Dr Anil Venkitachalam, consultant neurologist, Nanavati Super Speciality Hospital, Mumbai. “The diagnosis of a rare disease is late most of the time. This, despite visits to multiple clinical centres, involvement of a number of specialties and investigations,” he says. “One major reason for delayed diagnosis is lack of awareness on the part of doctors and medical practitioners handling the case. Demystifying a disease that is rare involves a lot of time and effort, which unfortunately is not easy to come by, and leads to frustration and emotional and financial burden for the patient.”

Biliary atresia is one of the 6,000 to 8,000 rare diseases that exist in the world at present. These are defined as health conditions of low prevalence that affect a small number of people compared with other prevalent diseases in the general population. Even though they are rare, most of these diseases are life-threatening and chronically debilitating and collectively affect a considerable chunk of the population of any country, which according to generally accepted international research is between 6 to 8 per cent. These are genetic diseases, rare cancers, infectious tropical diseases and degenerative diseases. Eighty per cent of rare diseases are genetic in origin and hence disproportionately impact children. 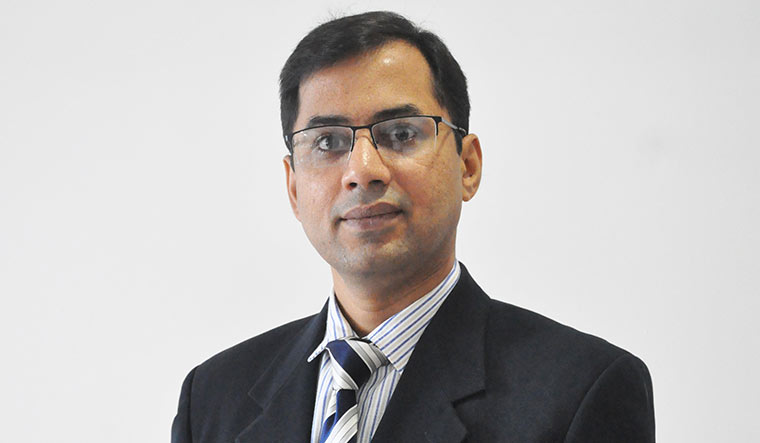 However, the definition of a rare disease differs from country to country. While the World Health Organization defines a rare disease with a prevalence of one or fewer per 1,000 population, the United States defines it as a disease or condition that affects fewer than 2,00,000 patients in the country or 6.4 in 10,000 people. The European Union considers a disease to be rare if it affects no more than 5 in 10,000 people. According to the document released by the Ministry of Health and Family Welfare's expert committee on rare diseases in 2017, India currently has no standard definition of rare diseases and no data on prevalence. Since there is no epidemiological data, there are no figures on burden of rare diseases and morbidity and mortality associated with them. “If we apply the international estimate of 6 per cent to 8 per cent of population being affected by rare diseases, we have between 72 to 96 million people affected by rare diseases in the country, which is a significant number,” says the report.

So far, only about 450 rare diseases have been recorded in India from tertiary care hospitals and the most common rare diseases include haemophilia, thalassemia, sickle-cell anaemia and primary immunodeficiency in children, autoimmune diseases, lysosomal storage disorders (LSDs), cystic fibrosis, hemangiomas and certain forms of muscular dystrophies. 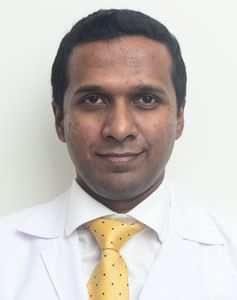 Manish Sachdev, owner of a general store and the only son in a family of six daughters in Mumbai, died of muscular dystrophy in his mid thirties. A rare inherited disease in which the muscles that control movement progressively weaken, it can appear in infancy up to middle age or later, and is characterised by severe muscle weakness and wasting as happened in Sachdev's case. It all began in his early teens when the family observed that he was not running or climbing stairs like other children, and would often fall while walking. After consulting numerous doctors and undergoing hundreds of tests, he was diagnosed with limb-girdle muscular dystrophy, which meant that over a period of 10 to 15 years, his lower limbs would give up completely. “He became dependent on a help for his movement and daily ablutions and had to be frequently admitted to the hospital for infections resulting from falls,” explains his sister Minakshi, who now runs the store. “It was disheartening to know that at the time there was absolutely no cure for the disease. But now advancements in science, including gene editing, are making it possible for patients to hope for not just treatment, but also for a cure.”

Rare diseases are just coming to light in the last seven years in India, says Ratna Dua Puri, paediatrician and chairperson, Institute of Medical Genetics and Genomics, Sir Ganga Ram Hospital in New Delhi. “Our focus until now has been on other communicable diseases, malnutrition and such, so rare diseases never really got the attention they need,” she says. “Now because of increased awareness, availability of tests and technology, we are able to diagnose these better.” Also, there are now support groups for patients with rare diseases and their kin, she adds.

Shashank Sathe, a retired government employee, is part of one such group known as the Lysosomal Storage Disorder Support Society. The society was started by parents whose children fell victim to the rare, genetic, life-threatening LSDs. Sathe's son Suyog was diagnosed with Gaucher's disease when he was six. Gaucher's is a rare, inherited disorder resulting from a buildup of certain fatty substances in the spleen and liver, causing them to enlarge and affecting their function. It is one of the 45 LSDs caused by deficiency of certain enzymes in certain compartments of the cells.

“After he turned three, we noticed that his spleen was becoming enlarged and his health was deteriorating day by day,” recalls Sathe. “At the time, no doctor was able to diagnose him correctly. They simply experimented and suspected leukaemia initially. But that turned out to be negative. Much later, a paediatrician diagnosed him with Gaucher's after his blood sample was sent abroad for testing.”

Suyog was then put on enzyme replacement therapy, in which each vial of 400 units costs Rs70,000—he would need about four to five vials to be administered intravenously every two weeks. Today, Suyog is 25 and an engineer. He plays cricket, drives a car and talks well. About three years ago, the IV was replaced with an oral pill, which he must consume once a day. “Fortunately for us, the treatment was all free—as it was a rare disease, the company forewent the charges. But unlike Gaucher's, patients suffering from other LSDs aren't as lucky,” says Sathe.

Venkitachalam says that most rare diseases remain unidentified or undiagnosed because people in India are not so keen on genetic testing, which can help experts identify the problem in the first place. “People don't know whether they have the disease or not and don't want to undergo genetic testing in the face of social stigma and fear of ostracism,” he says.

Union Health Minister Harsh Vardhan recently directed ministry officials to expedite the process of formulating the National Policy for Treatment of Rare Diseases. The policy was announced by the government in 2017 with a corpus of Rs100 crore to provide financial aid to patients suffering from rare ailments. “Increasing awareness and government proaction can help so many of us,” says Prasanna Shirol, cofounder and executive director, Organization for Rare Diseases India. “Most patients with rare diseases remain undiagnosed for a long period of time—average time to diagnose a rare disease is around seven years.”