CFS is characterised by intense physical and mental exhaustion 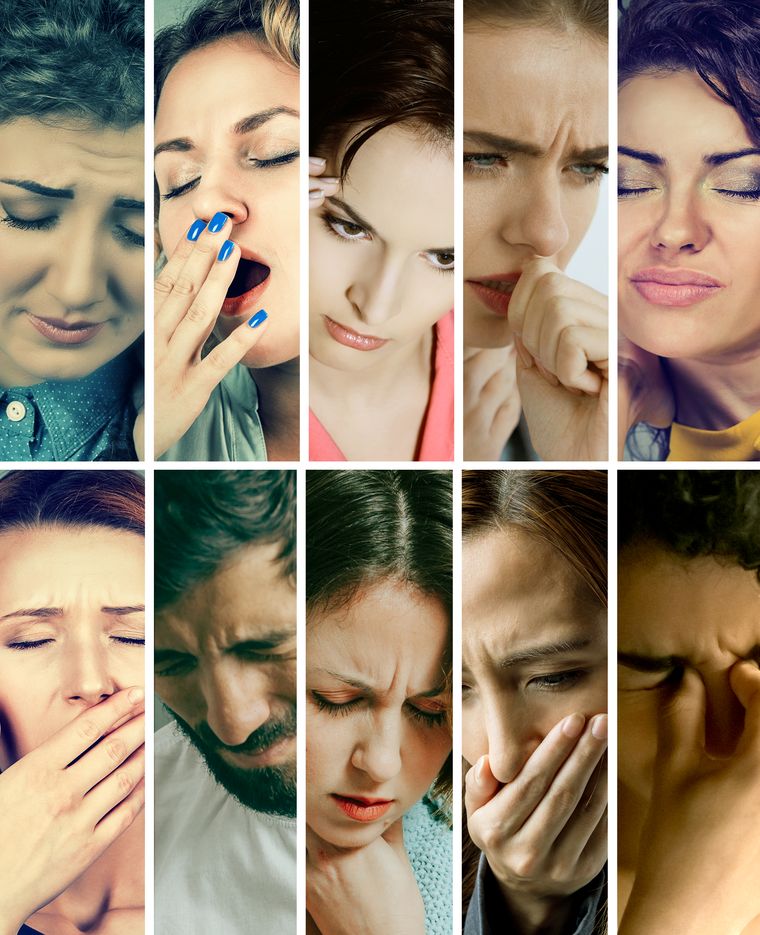 Dr Priyadarshini Deo, 52, would hit the wall like a marathoner by the time she would get back home from work.

The exhaustion wouldn't go away with rest or sleep. “Many people think if you take rest, you recover from fatigue. It was not like that. I felt tired all the time and would have cervicogenic headaches (that develop in the neck) and a lot of muscular pain,” says Deo, a counsellor at the Centre for Cancer and Palliative Medicine, Kokilaben Dhirubhai Ambani Hospital, Mumbai. At times, she would feel foggy in the head and have difficulty concentrating. “It affected my quality of life so much that it led to a kind of social isolation,” she says.

Deo was later diagnosed with Chronic Fatigue Syndrome (CFS), a condition wherein extreme fatigue occurs without an obvious reason. “If someone has persistent fatigue, we look for the causes. CFS is diagnosed when the causes of fatigue like hormonal imbalances are ruled out,” says Dr Ambrish Mithal, chairman, endocrinology and diabetology, Medanta-The Medicity, Gurugram.

CFS is a complex illness characterised by persistent mental and physical fatigue. “Mostly people with this condition are very sensitive to normal day-to-day activity or exercise,” says Dr Pankaj Singhai, senior consultant, internal medicine, Manipal Hospitals, Bengaluru. A little bit of physical exertion or any mental activity can worsen the fatigue. Even with medicine, exercise, rest and eating the right kind of food, the patient does not get better and constantly complains of tiredness. “CFS manifests as intense exhaustion, interference in day-to-day activities, lack of concentration, restless legs, sleeplessness, memory problems, fall in blood pressure, palpitations, ringing in the ears and weight changes,” explains Singhai. “Sore throat, headache and enlarged lymph nodes in the neck and armpits are also some of the common symptoms of CFS. It can vary from mild fatigue, where one may work with short periods of rest, to severe fatigue, when everyday tasks become increasingly difficult. These can be cyclic in nature.”

Sometimes, there is an overlap between CFS and depression. There is a school of thought that states that CFS is nothing but a manifestation of mild depression. But Dr S.K. Chaturvedi, senior professor of psychiatry, National Institute of Mental Health and Neurosciences, Bengaluru, says, “It works both ways. Fatigue causes depression and depression causes fatigue.”

Persistent fatigue can be a sign of an underlying health problem as well. “When a patient presents with tiredness and weakness, we look for the causes. If we find a cause and the patient gets better with treatment, then it is not CFS. It is just chronic fatigue,” explains Mithal.

Chronic fatigue can be triggered by a multitude of factors, ranging from routine viral and bacterial infections, impaired immune system and hormonal imbalances to mental health problems such as depression. Dengue, chikungunya, malaria and pneumonia can cause chronic fatigue after the patient has recovered from the infection. “It is more common in middle-aged women than men,” says Dr Shaunak Ajinkya, a psychiatrist at Kokilaben Dhirubhai Ambani Hospital, who was part of the team that treated Deo.

People with chronic fatigue are a misunderstood lot, often labelled as lazy and socially disconnected. But wellness consultant Ranjana Ramakrishnan from Chennai argues that society shouldn't be blamed for not understanding the challenges faced by people with chronic fatigue, as there is a general lack of awareness about the condition. “On many occasions, I have missed weddings because of being hit by a sudden overwhelming tiredness. By the time I get down to draping a sari and getting ready for the wedding, I am just so exhausted,” says Ramakrishnan, 55, who has been suffering from fatigue since her forties. Even her close friends cannot fathom the difficulties she faces, she says. They think she just makes up excuses to skip weddings. 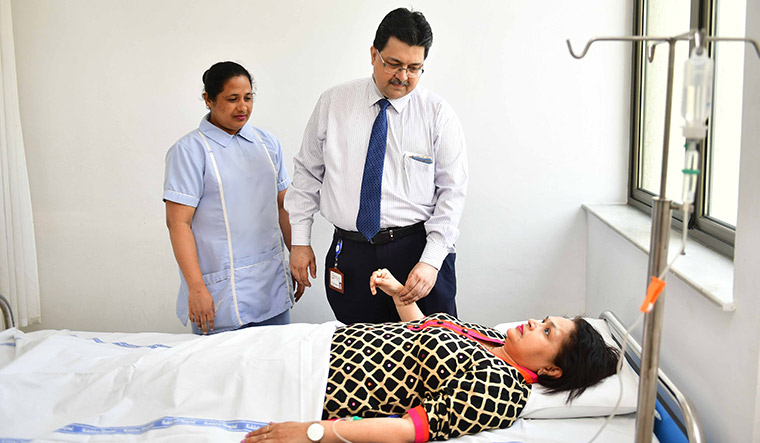 She describes her condition as “real and vast”. “There are days when I come out of the shower and feel like I have had a strenuous workout. After the bath, I feel totally depleted of energy,” says Ramakrishnan. “I am forced to lie down for 20 minutes or even take a post shower nap, depending on the intensity of tiredness.” She struggles to get out of bed in the morning, despite a good ten-hour sleep. “Most days, if I don't take a power nap in the afternoon, then I am thoroughly exhausted by 7pm and the body behaves as if I had worked in the fields,” she rues. So, her late night plans with friends depend on how she feels post 7.30pm. 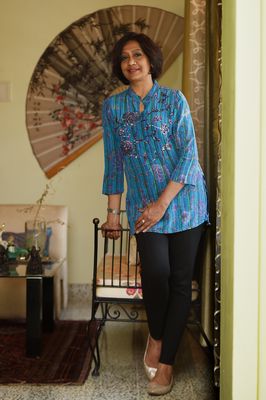 Ramakrishnan thinks her fatigue is caused by hypothyroidism. “The onset of menopause has aggravated it,” she says. “I know for a fact that my metabolism has slowed down because of hypothyroidism. My other parameters are normal.”

Another common cause of chronic fatigue is diabetes. It is always worth ruling out diabetes in anyone who complains of unexplained exhaustion, says Dr V. Mohan, chairman and chief diabetologist at Dr Mohan’s Diabetes Specialities Centre, Chennai. “Indeed, it is often the presenting symptom of diabetes. When one has very high blood sugar levels, this leads to excretion of glucose in the urine—a condition called glycosuria. When glucose is excreted in the urine, large quantities of water are also lost along with it. Hence, the patient may lose weight due to the loss of water and this produces symptoms of increased thirst as well as fatigue and tiredness,” he explains. Once the diabetes is well controlled, the fatigue may go away. “Long period of uncontrolled diabetes can also lead to breakdown of fat as well as protein in the body, all of which get converted into glucose. When one loses fat and muscle, this can lead to tiredness and, in turn, to chronic fatigue,” says Mohan.

Fatigue can be present very early on in HIV infection. “One of the commonest symptoms of HIV infection is persistent fatigue,” says Dr Diwakar Tejaswi, a general physician based in Patna. “It is seen that fatigue occurs when the immune system is suppressed owing to the HIV. But how HIV leads to chronic fatigue continues to baffle scientists.” 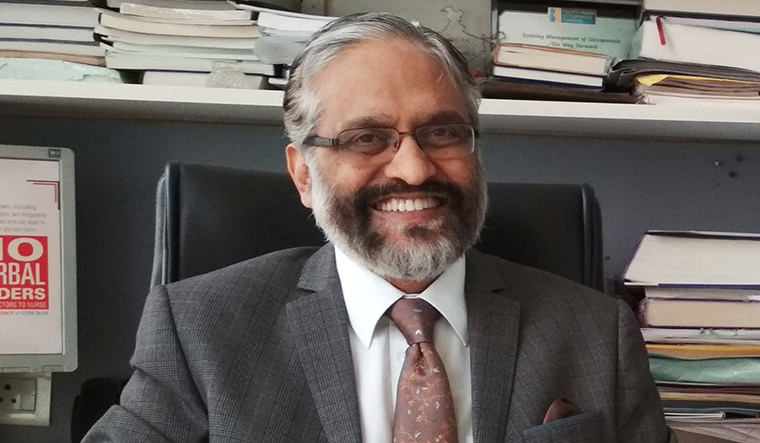 Relentless fatigue, a potential symptom of many underlying conditions, is often under-diagnosed. Take, for instance, Dipika Chaturvedi, 26, from Agra. She was flummoxed when she started losing weight and felt fatigued and weak. She lost about 10kg in a year. Her blood pressure was always on the lower side. She lost her appetite, too. As her condition worsened, it affected her daily life. For someone who used to help around the house, Chaturvedi started getting overwhelmed with the simplest of chores. She consulted a physician, who prescribed her some multivitamins. She tried them for about a month, but to no avail. 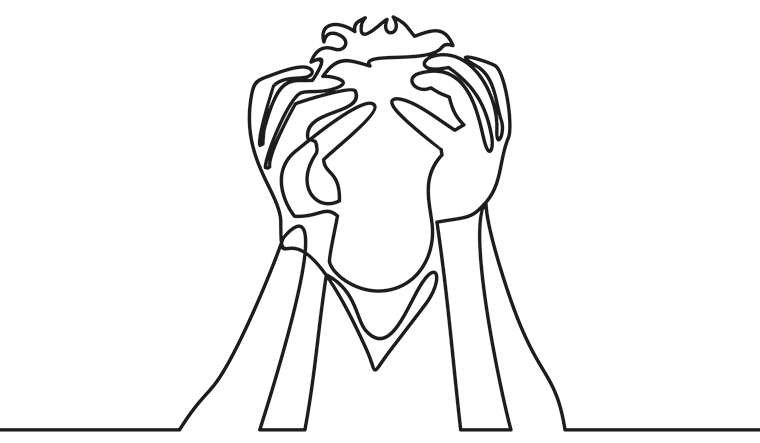 Her cousin suggested that she see an endocrinologist. Finally, she was diagnosed with Addison’s disease, which is characterised by cortisol deficiency. Apart from the fatigue and loss of appetite, her darkened lips and knuckles helped the endocrinologist diagnose the disease. Blood tests confirmed she was producing little cortisol. 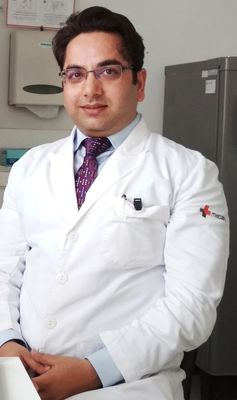 “Addison's disease is an endocrine disorder in which the adrenal glands fail to produce cortisol hormone, which, in turn, leads to chronic fatigue,” says Dr M. Shafi Kuchay, a consultant at Medanta-The Medicity, Gurugram. “Cortisol is a crucial hormone for life. If this hormone is not replaced soon enough, the sufferer might lose his or her life.” Cortisol is required for maintaining normal carbohydrate, fat and protein metabolism, he says, and it regulates blood pressure and keeps inflammation in check. “Cortisol boosts energy so that you can handle stress well. In Addison’s disease, these adrenal glands get destroyed by autoimmunity or chronic infections such as tuberculosis, and the patient feels too tired to do even simple daily tasks,” explains Kuchay.

Chaturvedi is now on medication. She takes cortisol pills twice a day. “After I was put on cortisol medicine, the effect was immediate,” she says. “I regained my appetite, put on a few kilos in a month and I have almost no fatigue now.”

Ramakrishnan, who has consulted many doctors, says that not all doctors take the signs of fatigue seriously. “They see hundreds of patients every day and maybe they become numb to conditions like chronic fatigue,” she says. “In fact, there is really nobody out there to advise you.” She has, therefore, taken to surfing the internet to know more about her condition.

Chronic fatigue is becoming increasingly prevalent among urban Indians. Experts attribute it to vitamin B12 and D deficiencies. Changes in hormone levels can result in extreme tiredness, says Mithal. “Thyroid disorders are common causes of fatigue in urban India. People with hypothyroidism often complain of fatigue as the only or the main symptom,” says Mithal. 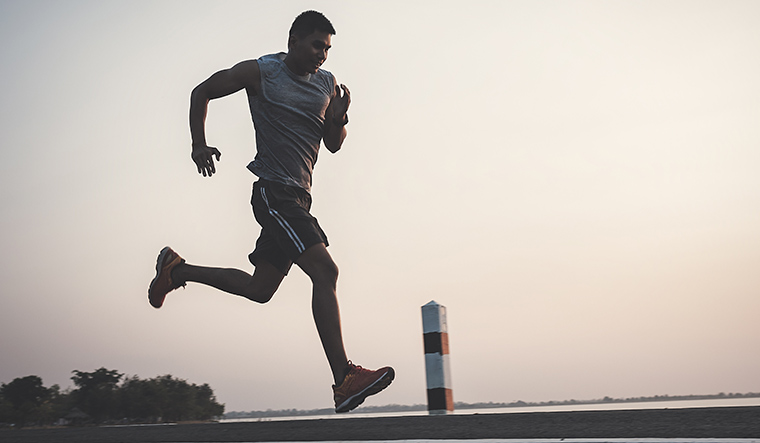 Men experience fatigue as they age. One possible reason for debilitating fatigue in men is the male hormone imbalance. As men get older, their testosterone levels drop. “Most men above 40 tend to have a minor decline in their testosterone levels and they may experience fatigue and muscle pain as the only symptoms. In those above 60, it is very common,” says Mithal. “Another possible symptom of low testosterone is low libido. However, patients may not necessarily be very forthcoming about it.”

Many experts say that a decline in dehydroepiandrosterone (DHEA), a steroid hormone naturally produced in the body, can cause fatigue. “DHEA supplements are available over the counter. They don't have side effects. One can use them, if required,” says Mithal.

For CFS, there is no single confirmatory diagnostic test. “There is no cure for it, either,” says Singhai. “The most effective treatment of CFS is a combination of cognitive training by a counsellor and graded exercises. Low dose of antidepressants can help in depressed patients.”

To combat fatigue, Ramakrishnan has tried everything, from changing her diet by cutting out carbohydrates and adding more protein, leafy vegetables and nuts to incorporating strength training programmes that include more weights to retain bone density and muscle mass. She believes lifestyle changes can go a long way in fighting fatigue. Also, since people with CFS may not be able to explain their distress to their spouses or bosses, Ramakrishnan says, “It is time we start our own support groups, spaces where people can come together and share their experience without the fear of being judged.”

Deo believes her CFS is idiopathic. It is often said that doctors make the worst patients. But Deo is different. She sought medical help as her life became unmanageable and followed the doctors' advice to a T. “I figured out that in my case the fatigue was caused by varied factors,” she says. “I took the opinion of pain specialists to deal with muscular pain. The sleep issues got resolved by meditation. I have also had a lot of counselling sessions. It feels good to talk to somebody who is not your family. There is nothing to feel shy about it.”

Deo now enjoys cooking and often cooks for her close ones at work. She spends a lot of time with her plants in the evening. Tuffy, her pet dog, keeps her occupied, too. “Sometimes, he acts like a bed-bound parent,” she says, smiling. “I feel uncomfortable in extreme social situations like marriages or parties. However, I have my close friends with whom I hang out occasionally.” Acceptance of the illness and family support, says Deo, are key to get back to normalcy.