Recently, at an event, former Congress president Sonia Gandhi was asked whether corruption was the main issue in 2014. This was her reply: “Yes, that was an issue, but it was highly exaggerated. In the case of 2G, for instance, you must have seen what happened recently. The CAG then came out with some humongous sum of money. How come the person who was in charge of that institution was given a very cushy job right after [ by the government?]”

The reference in the answer was evidently to me. I wondered what is the cushy job entrusted to me? I have done four part-time assignments, post my retirement. Three of these have been entrusted to me by the Supreme Court.

The first was the court’s direction to do a special audit of the Sree Padmanabhaswamy temple and its properties. The assignment was obediently accepted, undertaken and completed by me on a totally pro bono, basis with no monetary or other benefits derived for services rendered. It was also with deep dedication and abiding faith in Lord Padmanabhaswamy, whom my family and I have worshipped, from the day I joined the Kerala cadre.

Later, the Supreme Court appointed a three-member committee, headed by former chief justice of India R.M. Lodha, to oversee the functioning of the Medical Council of India for at least a year. I was a member of that committee which completed its tenure in May 2017. None of the members of the committee have accepted any remuneration from the MCI or government for this assignment.

In January 2017, the Supreme Court directed me to chair a committee of administrators to oversee the functioning of the BCCI. I am undertaking that assignment. However, since the court has not decided on the terms of appointment as yet, and though the BCCI is a private body, none of the four administrators have drawn any remuneration or sitting fee. In fact, two have already left. 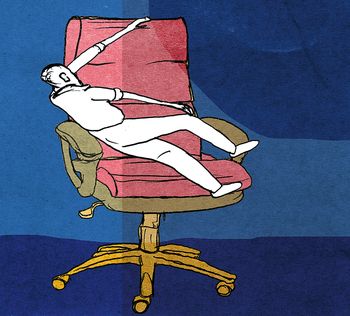 In the budget speech of 2015, the finance minister had stated the government’s intention to set up a Banks Board Bureau (BBB) which will search and select heads of public sector banks, and help them with innovative financial methods and instruments. This was intended to be an interim step towards establishing a holding and investment company for banks. In due consideration of my long experience in the department of financial services, and since I had also served on the boards of the State Bank of India, Bank of Baroda, ICICI Bank, IDFC, IDBI, and the Life Insurance Corporation, I was requested by the government to chair the first BBB along with some experienced financial experts and bankers as members. Members were entitled only to sitting fee for meetings. However, since I had served as CAG, I was precluded from taking up any appointment with the government after demitting office. So, to avoid any odium on the government or on myself, I offered to undertake the two-year assignment on a purely pro bono basis. This part-time assignment has no attendant perks such as housing, HRA, vehicle or any other benefits. The quantum of work put in by the bureau has been substantial and its recommendations have been submitted to government. The two-year term of the present set of members expired on March 31, 2018. I have not drawn even a rupee from the government. The assertions made by me are verifiable. The bureau, being a public body, is covered by the RTI Act, and, hence, anybody can seek clarifications on the aforementioned facts stated by me.

I leave it to the readers whether this part-time, pro bono engagement can, by any stretch of imagination, be called ‘a cushy job’. I had seen the futility to voice my protestations on the post being cushy, and, felt, it was only proper for me to set the record straight. I do not fault Sonia Gandhi for this; she must have been briefed inaccurately.