I was trying to pay my advance tax online for the assessment year 2018-19. The tax authorities have made it very simple with all the facilities to pay through portals. Being a loyalist of public sector banks [PSBs], I was attempting to transfer the money from my account in a PSB. After repeated attempts, I managed to get to the page from where the tax could be paid. I made the transfer. The usual circle appeared indicating that the payment was in process. I waited in hope. Then came the message, “Unable to connect with the bank server.” I tried again. And, yet again. After four attempts, I finally managed to get a message, “Your tax has been successfully paid.” But, I was unable to generate a receipt. I had to wait till the bank opened next morning to confirm that the amount had been debited from my account and credited to the government account. Meanwhile, for payment of my GST, I decided to access a private bank in which I have an account. I accessed my account and paid. It went through and generated the receipt duly acknowledged by the bank.

My next attempt was to purchase an airline ticket. Obviously, my first choice was Air India. Foreign tickets by Air India are usually cheaper, and the added advantage of getting frequent flyer points and the bonus of 500 points by booking through its website prompted me to do so. Three attempts. All three resulted in the message, “Sorry, unable to confirm your booking at present.” I gave up and accessed a private website. The booking was immediate. However, I could not block the seat of my choice. Back to the Air India website. No luck. Finally, late at night, I called the toll-free line [of the private website] and managed to block my seat. 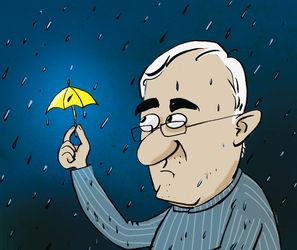 The next morning, I was narrating my encounter with the public sector to my tennis foursome. They diagnosed the malady that afflicts the public sector, and, of course, as is the cross I carry post a certain assignment, was told “all because of your types”. The culprit was the famous L 1, an abbreviation for the lowest bidder and has become synonymous with our present process of evaluating bids. This process ensures that the contract is awarded to a bidder who meets the basic minimum criteria set forth by the government agency, at the least cost. The government agency does not have the option, ordinarily, to buy from [anyone] other than the lowest bidder. Thus, they end up purchasing the equipment or item which meets the bare minimum specifications. Obviously, the quality of the software and hardware in an online system would thus be the bare minimum. The net result is that the public sector loses out on being able to provide superior quality service and die hard loyalists like me are forced to route my transaction through the private sector.

Must we be so distrustful of persons who make the ‘buy/ contract decisions’ in government or public sector? Are there no other measures by which we can ensure that public sector can compete with private sector, especially in the services sector, by purchasing equipment which may be L2 or L3, and is able to provide value for money? Must we tie down the hands of officials such that they have no discretion? Can we not have a quality-cum-cost based selection process which first takes care of the technical evaluation of the equipment, and after it meets not only the necessary but desirable conditions laid down, then proceeds to an evaluation of the cost quoted. Agencies like the World Bank use such methodologies without any scandals.