Declare and be elected

In February, the Supreme Court passed a verdict requiring those contesting elections to mandatorily reveal their sources of income. A landmark judgment, it will strengthen the pillars of democracy. Lawmakers must lead by example. When the public finds that between two elections a member of Parliament or of the legislative assembly declares his income to be manifold of what it was when he first contested elections, it raises doubts in people’s minds. This is not a healthy trend. People must have trust in the leaders they elect. Even an elected person has a right to do business and grow rich, but being in public life he must indicate how he improved his income. It adds to his credibility, and strengthens the bond between him and those who elected him. Greater transparency in a democracy is the edifice on which it can grow stronger, and this is exactly what the verdict will do.

In the extant situation, the contestants are required to declare and file an affidavit on behalf of self, spouse and dependents, with details of PAN, income declared in tax returns, moveable and immoveable assets. Adding the requirement to declare sources of income would be healthy as it would be a deterrent to the errant of the lot, and separately help the government or the public to assess whether their assets have increased disproportionately over the period they have been in office. Those adversely affected may demur and claim that this is unfair and gives a handle to their adversaries to raise unfair allegations against them. However, anybody seeking to be in public life has to contend with such exigencies. On the plus side, it makes them morally stronger if they declare the source of their income and, both in substance and optics, raises their stature a notch higher. This makes their case stronger with the electorate, who can make an informed choice, and with whom a clean candidate will carry greater conviction. It will help separate the wheat from the chaff, the good apples from the rotten ones. 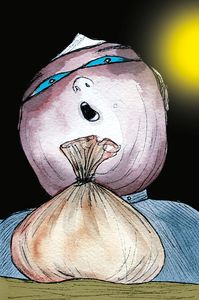 Last year, the Supreme Court turned down a plea to make it mandatory for political parties to declare their source of funds. However, in a vibrant democracy, there is a great degree of difference between what is legal and what is ethical. While in the strict legal sense the parties need not disclose, it would enhance their stature and credibility were they to voluntarily decide to declare their source of funding. India is becoming a society in which the citizen is taking centre stage. The new generation has become very discerning and will be asking these questions of the candidates who are seeking their votes. So, the earlier the political parties and politicians take the plunge and put things out in public domain, the greater will be their public acceptability.

The Supreme Court’s February verdict has left it to the Centre to set up a permanent mechanism to keep account of the wealth of lawmakers. It is now incumbent on the government to lead and display its political will, not so much to cleanse the system but more to be the facilitator in developing closer rapport and trust between the elector and the elected. Democracy is a precious gift. It is incumbent upon the people who elect and those they elect to maintain its sanctity.