Speaking at a function in Chennai the other day, a former minister declared that “the nation faces a deficit of ethics”. This observation is one that would make all right-thinking Indians hang their heads in shame. The country has heard of revenue deficit, fiscal deficit and current account deficit. They are mere accounting terms used in understanding the fundamentals of our budget or economic stability. However, to be termed as lacking in probity, integrity and honesty, which are essentials constituting ethics, is a very unfortunate testimonial on the state of the nation and its people. We need to introspect deeply on this aspect of our culture. One finds that the recurring media reports of ‘scams’ in every aspect of our daily life is indeed a commonplace occurrence. The government has been endeavouring to make the country move up in the ‘ease of doing business’ ranking. There was widespread applause for our performance when we moved up to the 100th position in the world, even though we have 99 countries ahead of us. Are we content with our efforts?

But then, it is indeed true of our daily chores. The only difference is that we have come to accept it as a way of life. We purchase property and register it for only part of its value to avoid registration charges. We buy products and avoid taking a bill, so that we can escape the levy of tax on that product. To procure a birth certificate or a death certificate from the municipal authorities, we part with ‘speed money’, consoling ourselves that the couple of extra hundred bucks spent was worth the time saved in making repeated visits to that office. While running an eatery, we regularly tip the sanitary inspector to ensure that he keeps a benign eye on our venture. The boiler inspector for a factory is regularly ‘taken care of’, to ensure that he does not fault the safety standards in our factory.

India ranked high among the most unethical of 13 major economies in the 2016 Global Business Ethics Survey. Global investors and entrepreneurs find India a difficult place to do business in. They cannot be faulted though. As per the Ernst & Young’s Asia-Pacific Fraud Survey (2017), 78 per cent of Indian respondents observed that bribery and corrupt practices occur widely, whereas 57 per cent said that senior management would ignore unethical behaviour of employees to attain revenue targets. This is indeed most unfortunate because if we resort to shortcuts to beat competition once, it becomes a habit. Sustainable business or good governance cannot be built on an edifice of unethical means. We console ourselves that what we are resorting to are not illegal means, but these will certainly not withstand the scrutiny of global business standards. 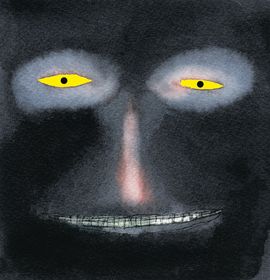 As a nation seeking to gain our rightful place among leading economic powers, we need to recognise that any corroding influence on the moral fabric of the citizenry, the Gen Next in particular, will deprive us of long-term sustainable growth. This will be most unfortunate for disadvantaged sections of society who have been deprived of the fruits of economic development. Going forward, we need to ensure that anything unethical is totally distanced from our DNA. Honesty, morality and integrity are qualities that no school or educational institution can inculcate. It has to be imbibed within the family and can be ingrained only by demonstrative example and not by lip service alone.

Our cultural and moral fabrics have to be totally impeccable and we need to aspire to be at the top of any global list of survey of business ethics and way of life. India has a rich cultural heritage that was premised on good and moral character, and we can hardly let this rich heritage erode in our times.