2023 is unlikely to be starkly different

At the end of February 2022, my best friend and I were comparing notes. Both of us had had a rocky start to the year. She was being stalked, harassed and criminally intimidated by an ex-boyfriend, and I had just undergone an awful reality check with a relationship coming to an abrupt, painful, bitter end.

As I sat on the terrace of a haveli-turned-homestay in Jodhpur, looking at a cluster of blue houses and the majestic Mehrangarh fort, I had to acknowledge that although 2022 had been perhaps the most trying in a hat trick of awful years, here I was, sane, perhaps a tad bit wiser, hopeful and, most importantly, on the other side, having survived it all. Bestie was doing well, too. I wondered about other women, and then women in general, and I realised that 2022 had been a rocky year for women the world over.

Mexico has seen a disturbing rise in ‘femicide’ or the murder of women due to their gender. In 2021 there were more than 1,000 cases of femicide and ‘disappearances’. The dead bodies of missing women would surface days later; it was a horror that continued well into 2022. Amnesty International reported that more than 3,500 women had been killed in Mexico since 2020. 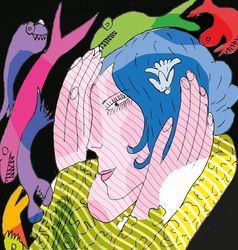 On September 16, a 22-year-old Kurdish Iranian girl, Mahsa Amini, died in police custody in Iran after she was arrested by the infamous ‘morality police’ for wearing an ‘improper hijab’. Spontaneous protests erupted across Iran, with people demanding the repeal of the hijab laws and the ouster of the Islamist regime. The government responded with predictable brutality, jailing and torturing protestors and ordering executions. Activists said more than 500 protestors were killed and more than 18,000 arrested.

Back home in India, women’s rights hit a new low in a shameful event that was largely ignored in mainstream discourse. On August 15, the Gujarat government released the 11 men who had been convicted of raping Bilkis Bano and murdering her unborn child during the Gujarat riots of 2002. All of them were on parole for more than 1,000 days and now they roam free. They were released for ‘good behaviour’. A few weeks ago, the Supreme Court rejected Bilkis Bano’s petition against the release of her attackers. One can only feel sick in the gut that in one cruel and immoral move, gang-rapists and foetus killers got relief. It’s almost as if gangrape in India had some kind of impunity if the victim was Muslim and the crime had been committed by “Brahmin men with good sanskaar” during a riot.

A nation and its media which was frothing at the mouth when poor Shraddha Walkar’s dismembered corpse was discovered did not feel even a quarter of that sentiment for Bilkis Bano. The fact that Shraddha’s murderer was her Muslim lover and Bilkis’s rapists were her Brahmin neighbours seems to have coloured our collective ire. We don’t really care about women. We care for sensational headlines and scandal. Meanwhile, the Taliban, never one to surprise, banned women from universities and NGOs in Afghanistan.

I wandered with these sombre thoughts in the thin alleyways of old Jodhpur. Scooterists, autos, cows, donkeys, pedestrians, hawkers and the odd street dog all jostled to get ahead. A young woman on a scooty leaned onto the blue wall of a nearby house to avoid a hawker. A boy from the other side of the street whistled. She glared at him, paused for a second, then swore and made as if to get off her scooty. The boy scooted. I sighed to myself.

I think 2023 is unlikely to be starkly different for women, but we will continue to trudge along, keep our anger aflame and claim our own space in the world, like the feisty girl on the scooty. And we will continue to hope that on some happy new year in future, crimes against women will not have impunity. We will hope and we will strive because what else is there to do.