Why it's hard not to look to the judiciary

In August 2020, a group of lawyers petitioned the attorney general of India for his approval under the Contempt of Courts Act, 1971, and Supreme Court rules, for initiating criminal proceedings against me for comments I made in a programme in February that year. We were in the midst of the CAA-NRC protests that had commenced since December 2019; I had commented on how increasingly the Constitution and constitutional principles were under threat in India. I said, “We are now in a situation where our courts are not sure whether they believe in the Constitution or not.”

The petition, naturally, got us rather worried; my poor parents, especially. I wondered if I would have to go to jail. And, if so, would my dog, Godot, be allowed in on stipulated visiting days? Luckily, for Godot and me, the attorney general K.K. Venugopal refused his consent. 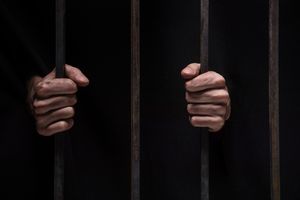 But the episode made me wary. How do citizens express their anguish at a decision, or lack of decision, of the judiciary without inviting criminal proceedings against themselves? I am asking myself this, even as I pen my thoughts.

Democracy and citizens’ rights in India have nose-dived since the BJP’s landslide victory in 2019. And it is hard not to look to the judiciary.

For dissenting citizens, minorities, poor citizens with no ‘contacts’ or ‘backing’, dalits, Kashmiri Muslims and avowedly left-leaning citizens, what is most worrying about the conduct of our judiciary is the reluctance to grant, or outright denial of, bail. India has always had an overwhelming number of prisoners under trial (as opposed to convicts), but in the past five years we have seen a combination of arrests of citizens for frivolous or fabricated offences. They are charged with draconian sections that are non-bailable—often the Unlawful Activities (Prevention) Act or sedition. They spend months and years in prison, and bail is often denied based on untenable arguments. Sudha Bharadwaj spent three years in jail in the Bhima Koregaon case before she got bail. Stan Swamy, 81, died in jail, after being denied both a water sipper and bail. Siddique Kappan is in jail for, literally, only having boarded a train, and Umar Khalid is in jail for a speech where he propagated the principles of our Constitution. Khalid Saifi has been in jail since February 2020 and his family has complained of his deteriorating health. Natasha Narwal’s father, Mahavir Narwal, a retired professor, died without seeing his daughter free. Anand Teltumbde was arrested by the National Investigation Agency in April 2020 and is in jail since.

Mohammad Zubair and Teesta Setalvad are the latest addition to this list and these are only the ‘high-profile’ arrests. How many forgotten poor are languishing in our prisons?

Not everyone has to suffer long periods of detention without bail, though. Pro-government Arnab Goswami was granted bail by the Supreme Court in a hearing after eight days in custody. Tajinder Bagga of the BJP never even reached jail—he was given protection from arrest by the High Court of Punjab and Haryana in a midnight hearing. Rabble-rouser Yati Narsinghanand also got swift bail a few months ago, in multiple cases.

As a law-abiding patriotic citizen, who has a rational mind, is aware of current affairs and can make common sense logical connections, it is plainly heartbreaking to witness what seems to be the transformation of our courts into ‘executive courts’: defined as courts who seem to be either unwilling—or unable—to critically scrutinise the government’s actions before giving it a green signal. It is also deeply ironical, in such a context, to witness our chief justice wax eloquent in the US about the need to “work tirelessly to sustain and further the liberty, freedom and democracy our forefathers have fought for.”