Culture of silence on intimacy affects how kids learn about sex: Swara Bhasker

As young girls growing up in 1990s India, ‘consent’ was not a term that was part of our conversational vocabulary. We understood the concept in a vague, unspoken way—partly informed by the recognition of ‘bad things’ that villains did in Hindi films and partly by the warnings of concerned parents.

“Don’t stay out late!” That constant refrain of our pubescent years, which follows Indian girls well into adulthood, was basically a reminder that if you were outside too late, non-consensual violence may happen to you.

A grim pervasive silence around issues of sex and violence continues to greet young girls in India when they are at the threshold of encountering intimacy. For young boys, too, a similar vague silence surrounds issues of intimate relations with women and sex in general. Indian parenting and socialising largely does not teach young boys to relate with girls as normal, fellow humans. 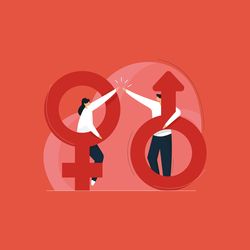 Social intermingling of the sexes, especially in the teens, is still such a taboo that for a very large part of India’s young population a habitual segregation of genders occurs from a young age. Teachers will have male and female students sit in separate halves of the classroom, neighbours will complain to parents if they see boys and girls interacting outside familial supervision, and to be platonic friends one must still declare the opposite sex as your ‘Rakhi brother’ or ‘Rakhi sister’ (a concept uniquely Indian)!

This culture of silence around intimacy affects how young children learn about sex—in a secretive, giggly manner from older siblings, seniors or friends who claim to know all about tabooed pleasures of adulthood. Often times pornography becomes the only way for teens, especially boys, to have access to even basic information about what sex is.

Normalised conversations about sex is so rare in our part of the world that for many sex becomes a ‘thing’; for women to ‘give’ and for men to ‘get’. It is precisely this understanding of sex that we see reflected in the debate around whether marital rape ought to be criminalised or not.

The Delhi High Court has over the last week been hearing petitions challenging the exemption to Section 375 granted to husbands (whose wives are over the age of 15) from being accused of raping their wives. This has generated a public conversation on the issue of marital rape in social, electronic and print media.

Interestingly the conversation is as basic as “How can a man rape his wife?”; “How can having sex with your wife be rape?” suggesting that for an overwhelming majority of Indians marriage means that a woman must surrender her right to refuse sex to her husband, that matrimony is a guarantee to a man that he will have access to his wife’s body as and when he chooses; her will in the process being rendered meaningless. It feels horrifying when laid out so starkly that in 2022 married Indian women have no protection against non-consensual sexual violence perpetrated by their husbands.

But let us just look back collectively at our own childhood; we never learnt that consent and sex were related. As a society we never learnt to dwell on, understand or deal with the darker, discomfiting aspects of intimacy because our instinctive response as a people to uncomfortable conversations is to simply not have them! Are we really surprised then, that for a majority of Indians ‘marital rape’ is an incomprehensible accusation; because the only thing most of us learnt about intimacy was that women gave sex, men got it; and if both people were lucky they both enjoyed it and wanted the same thing because they supposedly loved each other. If not, too bad, must be their bad sex life karma!