A trip down Nehru lane

The sheer scale of the smear campaign directed at Jawaharlal Nehru in the last six years by the Hindu right wing is a testimony to the towering figure that he was, and is, in modern Indian history. Sanghi trolls and fake-news websites have spent considerable time and imagination on digging up old pictures of Nehru and turning them into insulting memes, depicting him as a philandering hedonist.

Nehru was not merely independent India’s first prime minister. He was one among the formative influences on the nature and characteristic that the Indian state would adopt upon independence. Nehru’s politics was progressive, secular, reformist, socialist, modern and strongly post-colonial, and his policies reflected that. 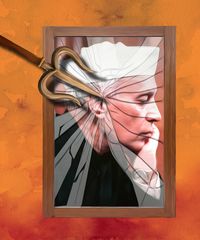 If there was really a characteristic that most represented Nehru (more than his charming ways with women), it was idealism. An anecdote from his first few satyagrahas that Nehru recalled in his writings is an inspiring example of that principled and somewhat impractical idealism. It goes like this—young Nehru, a newly converted Gandhian, was attending his first or maybe second satyagraha. He had only encountered the concepts of satyagraha and ahimsa theoretically until then. As the satyagrahis swelled in numbers and the gathering became sizeable, the mounted police appeared. When the crowd refused to disperse, policemen began beating the satyagrahis with lathis and the butts of their guns. Nehru—young, polished and utterly unused to brawling—watched in fear and horror as the satyagrahis began collapsing like cards. Moments later, a policeman appeared in front of Nehru. He raised his lathi and, in that moment, the scared Nehru reflexively ran. He scampered out of the reach of the lathi, the policeman and the entire scene, and stopped only when he was safe.

It did not feel good, though. For days the young Nehru moped around feeling guilty and small. He dwelled on his actions and decided to make amends. At the subsequent protest in the same area, Nehru looked out for the police. Sure enough, they appeared. As the lathi charge began, Nehru ran—this time towards the police. He searched for a face he remembered. He found him—the policeman who had raised his lathi to strike Nehru. Nehru came face to face with him and began chanting slogans. The policeman raised his lathi. This time Nehru did not run. He stood rooted and took the severe blow. And that was the day, wrote Nehru, that he understood the true meaning of ahimsa and satyagraha.

The recently announced Ayodhya verdict gives us an interesting moment to take a trip down the memory lane. Incidentally the timing of the verdict, five days before Nehru’s birthday, was ironic because Nehru himself was deeply uncomfortable with the sneaky placing of idols in the Babri Masjid in 1949 (an act the Supreme Court has now termed illegal and amounting to trespassing). Nehru wrote repeated letters and notes to former chief minister of Uttar Pradesh G.B. Pant to review the situation. He wrote of a, “…dangerous example being set there which will have bad consequences.”

Of course, in post-Nehruvian new India the idea of good and bad has undergone considerable change. What was considered bad in Nehru’s time is today a sign of greatness, will-of-the-majority and strength. Hate is normal, bigotry is celebrated, authoritarianism is a sign of strength and efficiency, majoritarianism is democracy 101 and, murder, apparently, is no longer a crime. Perhaps the ghost of Nehru is so troublesome to the Hindu right wing, as it is a reminder of a time in Indian politics when ideals, principles and political rectitude meant something. And if we remember, we will eventually return.

Happy birthday, Nehru. They malign you because they cannot deny you.