Our globalised world is less able to cope with war: Shashi Tharoor

The Ukraine war has already affected us in India, and most of the rest of the world

Whatever you may think about India’s policy stance on the Russian invasion of Ukraine—and I have dissented publicly about some aspects of it—one thing is clear: this is not just a conflict far away to which we can afford to remain indifferent. The war in Ukraine has affected us in India already, and most of the rest of the world besides.

As I pointed out in the Lok Sabha, the rise in oil prices has already hurt us gravely. Whereas the government’s budget had been based on the assumption that global oil prices would average about $75 a barrel, they shot well above $100, touching $130-140 on occasion, and have thrown the finance minister’s numbers completely out of kilter, with immediate and medium-term repercussions for our economy and growth prospects. The war has also brought about a serious rise in commodity prices, since Ukraine and Russia were responsible, in good times, for some 30-40 per cent of global wheat exports. While India is not a wheat importer—and our farmers may even profit in the short term from being able to export some Indian wheat at prices higher than the guaranteed MSP announced by the government—other agricultural commodities have also risen in price. For instance, 70 per cent of the sunflower oil and seeds that India consumes used to come from Ukraine and we now need to look for substitute sources, which will be more expensive. 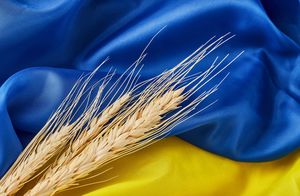 India’s is perhaps a modest example: we have been weathering the storm so far, including through increasing our imports of Russian oil and fertilisers. But other countries have not been so lucky. Muslim countries observing Ramadan have found the daily iftar becoming more expensive, with items scarce in many countries. Countries like Egypt, Turkey, Bangladesh and Iran buy more than 60 per cent of their wheat from Ukraine and Russia; the former was known as a breadbasket to the world, and bread itself has become unaffordable. Nor will Ukraine be able to plant its usual wheat crop as long as the war endures, prolonging global wheat shortages. The World Food Program estimates that 41 million people in west and central Africa face a food and nutrition crisis, as people are reeling from the highest-ever prices for essential commodities like grain, oil and fertiliser. Yet ironically, the wheat already in Ukraine’s granaries risks rotting uneaten because the war has made it impossible to ship it out.

Ukraine’s European neighbours are the most directly affected, with some five million refugees crossing into neighbouring countries and the tough economic sanctions on Russia biting into their economies too. Rising oil and gas prices have affected every European country severely, as well as many farther afield.

According to the Bank for International Settlements, 60 per cent of the world’s advanced economies are suffering annual inflation rates above 5 per cent; in Britain, consumer price inflation reached its highest levels in three decades. Inflation has hit India, too; our inflation, like most emerging economies, is higher than anytime this century, with most of the developing world seeing inflation rates above 7 per cent. Countries that had just begun to recover from the devastating consequences of the pandemic and associated lockdowns have now been hit with a “double whammy”. In our own neighbourhood, Sri Lanka has been the worst affected, with its economy near collapse, forcing it to default on its debts. The crisis in Pakistan’s economy in turn played a part in the ouster of Imran Khan, by diluting the support he might have enjoyed had he been the steward of good times rather than presiding haplessly over economic failure. Now his successors have to look for means to service Islamabad’s huge external debt. Countries as far apart as Nepal, Tunisia, Sierra Leone and Bolivia are facing a debt crisis attributable directly to the war.

Our globalised world is simply less able to cope with war and the resultant sanctions, supply-chain disruptions and restrictions of currency flows. For a few heady years we enjoyed the fruits of inter-dependence, as trade and currency flowed freely and prosperity transcended borders. Today, we are realising that even a local war in the 21st century can have a global impact. The bombs and bullets recognise no frontiers. The need for peace has never been greater.