Happy New Year! The purists may argue as to whether 2020 marks the end of the second decade of the 21st century or the start of the third, but there is something striking about the number: it seems to portend all sorts of new beginnings. ‘20/20 vision’ is a phrase ophthalmologists use for perfect eyesight; Twenty20 cricket is a byword for swift, exciting sporting entertainment. What kind of 2020 might we all be able to look forward to as we cast our imperfect eyes at the world around us?

The nationwide protests against the Citizenship Amendment Act and the planned (and announced) National Register of Indian Citizens seem to offer an obvious pointer. Indians have been consumed by them, yet they are by no means unique: Hong Kong has seen even more vehement protests against the might of Communist China, France’s capital has been repeatedly shut down by those defending pension rights and workers’ privileges, and protests have brought leaders down across the world, in Algeria, Bolivia, Iraq, Lebanon and Sudan (and nearly in Venezuela and Chile). 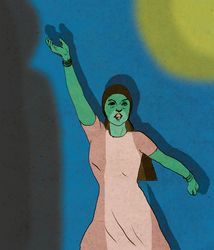 At the start of the previous decade, Time had awarded its 2011 Person of the Year distinction to ‘The Protester’, a figure symbolising the discontent with the inequalities of globalisation, the lack of democracy in many countries, rampant crony capitalism, corruption and authoritarianism. The headlines of the year gone by suggest that the trend has clearly not expired.

If discontent and upheaval are reflected in the protests, underlying them has been the inadequacy of many countries’ political systems to cope with the challenge. In places like India and the US, political polarisation has become a substitute for governance; in other societies, notably in Britain and France, political fragmentation seems to have begun. Authoritarianism is on the rise, principally because no other response seems to work; so are populism, nationalism and xenophobia (with their Indian cousin, communalism, thrown into the mix). Meanwhile, economic growth has slowed in India, income inequality is rising across the west, trade agreements are collapsing and the liberal world order seems to be in retreat.

After the end of the Cold War, experts gushed about the advent of a “long peace”; it was not to be. After years of civil wars in assorted places, great power contestation seems to be back, while global governance and UN Security Council reform are no longer among the principal preoccupations of global geopolitics. The British are going through with a regressive Brexit, and US President Donald Trump seems likely to survive impeachment and seek reelection. In Europe, far-right parties, once seen as marginal, have emerged centre stage, like the Alternative for Germany and Marine Le Pen’s National Rally. The backlash against globalisation is in full spate, and alternatives cannot be found on the horizon. Meanwhile, climate change threatens us all, even as many leaders remain in denial.

There is, as British writer Andy Beckett argues, a sense of “perpetual crisis” these days, augmented by our seemingly full-time immersion in social media, which “have made awful events seem relentless and impossible to ignore”. In India, government propagandists argue that our national discontent with the BJP misgovernance can be cured by simply switching off our digital connections. But the turmoil in our lives is real, and hiding ostrich-like from social media will not cure it.

No wonder we live in the era of The Protester. Ishaan Tharoor, in the The Washington Post, writes of the world consumed in “an epochal display of global discontent, an explosion of popular unrest that capped a decade of angst and anger”. So, far from giving us new beginnings, 2020 may promise more of the same. Only the Protester persists. As Ishaan puts it, “Far from history ending, it’s being made, day by day, by those taking a stand.”