If much of what ails our present can be traced to our past, it is important to ask to what extent the differences that have bedevilled us were real or imagined. Of those problems that trace their origins to the colonial period, the identity cleavage between Hindus and Muslims was, as several scholars have documented, defined, highlighted and fomented by the British as a deliberate strategy.

Religion, after all, was a useful means of divide and rule. The “Hindu-Muslim divide” started with the way the British taught us to regard our own history. Foundational to the colonial interpretation of Indian history was the British division of Indian history into ‘periods’ labelled in accordance with the religion of the rulers: thus the ‘Hindu’, ‘Muslim’ and ‘British’ periods formulated by James Mill in The History of British India (published between 1817 and 1826). Implicit in such periodisation was the assumption that India was always composed of monolithic and mutually hostile religious communities, primarily Hindu and Muslim. 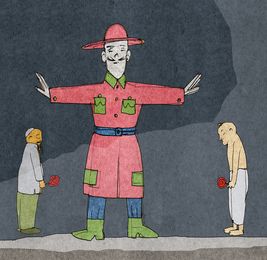 By the mid-nineteenth century, the trio of Mill, Macaulay and Max Müeller had effectively established a colonial construction of the Indian past which even Indians were taught to internalise. In their reading, Indian civilisation was seen as essentially Hindu, as defined by the upper castes, and descended from the Aryan race, which invaded around 1500 BC from the Central Asian steppes in the north, displaced and merged with indigenous populations, evolved a settled agrarian civilisation, spoke Sanskrit and composed the Vedas. The Muslims came as a first wave of invaders and conquerors, in turn supplanted by the British.

By excluding Muslims from the essential national narrative, the nineteenth-century colonial interpretation of Indian history helped give birth in the twentieth to the two-nation theory that eventually divided the country. It also legitimised, with a veneer of scholarship, the British strategic policy of divide and rule in which every effort was made by the imperialists to highlight differences between Hindus and Muslims to persuade the latter that their interests were incompatible with the advancement of the former.

So, though this had no basis in precolonial history, the colonialists’ efforts to catalogue, classify and categorise the Indians they ruled directly led to a consciousness of religious difference between Hindus and Muslims. The colonial authorities often asked representatives of the two communities to self-consciously construct an ‘established’ custom, such as by asking them what the prevailing beliefs and practices were around cow-slaughter, which prompted both groups to give an exaggeratedly rigid version of what they believed the beliefs and practices should be!

In fact, stories abound of the two communities habitually working together in precolonial times: for instance, Hindus helping Muslims to rebuild a shrine, or Muslims doing the same when a Hindu temple had to be reconstructed. Muslims served in the army of the Maratha warrior king Shivaji, as did Hindu Rajputs in the forces of the fiercely proud Muslim emperor Aurangzeb. In Kerala’s famous pilgrimage site of Sabarimala, the devotee first encounters a shrine to Lord Ayyappa’s Muslim disciple, Vavar Swami. In another astonishing example, a temple in South Arcot, Tamil Nadu, hosts a deity of Muttaal Raavuttan, a Muslim chieftain—complete with beard, kum-kum and toddy pot—who protects Draupadi in the Mahabharat.

The facts are clear: large-scale conflicts between Hindus and Muslims, defined as monolithic groups, only began under colonial rule; many other kinds of social strife were labelled as religious due to the colonists’ orientalist assumption that religion was the fundamental division in Indian society. Yet, today, too many believe in the divisive notion of Hindu or Muslim identity—even though this did not exist in India before the nineteenth century.