Tipu and the Tharoor connection

My recent tweet praising Pakistan PM Imran Khan for remembering the birth anniversary of Tipu Sultan, when no Indian leader had done so, created predictable reactions in our political space, with Twitterati of a particular political stripe castigating me for my alleged soft corner for Pakistani leaders in preference to our own.

I have learned to ignore such comments, and did so again, but one Facebook post sent to me by a friend drew me short. Its author asked “Who invited Tipu Sultan to invade Kerala?” and pointedly replied, “Well, it was the Palghat Raja, Raman Kombi Achan of the Tharoor Swaroopam!” In other words, the author alleged, I was merely carrying on a tradition of disloyalty up my family tree. 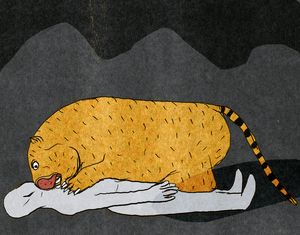 This took me aback. It is true that Palakkad was ruled by a Nair rajah of the Tharoor Swaroopam for a few centuries before Tipu. It is also presumed that we belonged to a collateral branch of the Palakkad Raja’s original tharavad and are descended from them. The Tharoor branches dispersed and at some point my father’s ancestors settled in Chittilamchery village where they essentially became farmers and landlords. So it is possible my critic may be right—but it is not a connection that has played a major part in family lore, and I have never heard a family member speaking of Raman Kombi Achan.

So I am reluctant to accept that my anti-colonial regard for Tipu Sultan (as a great nationalist hero who challenged the British, sent emissaries to Napoleon and remained unconquerable in battle) is really some sort of genetic predisposition derived from being a Tharoor. But it is also complicated by the fact that the mother’s side of my family—and in matrilineal Nair households, that may actually be more important than the paternal line—had a very different attitude to Tipu.

For my mother’s family, the Mundaraths of Elavanchery (also in Palakkad district), suffered a different fate with Tipu. The Mundaraths were the zamindars and rulers of Elavanchery and a large part of the surrounding countryside. When news came of the imminent invasion of Tipu into Malabar, the then Mundarath karanavar loaded all the family treasures—their vessels, their jewels, the gold ornaments of the women—onto several carts and took them deep into the countryside to bury them for safekeeping. (Some versions say the workers who did the job were blindfolded till they got to the spot; others claim worse, that they were killed to preserve the secret.)

The Mundaraths showed great prudence and foresight, including sending off two Mundarath women to some far-flung place in the hills so that if the family was massacred by Tipu’s troops, the Mundarath bloodline would continue. Except for the fact that by the time Tipu withdrew from Malabar (and then was defeated by the British), the karanavar himself had breathed his last, having failed to confide the secret of the location of his treasure trove to any survivor. A frantic search was launched the moment it was safe to do so; but the family could not find a single item ever again.

Anyway, this was a cataclysmic trauma for the Mundarath tharavad, which overnight lost vast wealth and riches—all that remained was 11th-century copper-plate inscriptions giving them title to their lands. I saw these inscriptions in the attic of the ancestral home in my childhood, but in a mishap they were junked along with other scrap and are lost to the family forever.

Historical memory and family memory—how curiously they cross! In Palakkad, where the ruins of one of his forts still stands, the memory of Tipu’s depredations against the Nairs is still as sore as an old wound that never healed. But for the two sides of my family, Tipu is not just a figure from the history books. It is entirely possible that I am descended from two Palakkad families, one of whom invited Tipu Sultan to attack Palakkad and the other who lost their fortune out of fear of his attack.