When I began tweeting actively in May 2009—providing a few hundred ‘followers’ quick updates on the counting of votes in my constituency during the general elections—I could scarcely have imagined where it would lead, the controversies it would envelop me in and (partly as a result) the way in which India would become one of the world’s leading countries in the use of Twitter. When Twitter chief Jack Dorsey was in Delhi recently, Nandan Nilekani introduced me as the man who had made Twitter popular in India. It is a label I am still (almost) proud of. But it comes with an altogether less joyous question: Has Twitter turned toxic?

Twitter is an extraordinary broadcast medium—an interactive Akashvani. But when I first went on Twitter, it was fashionable for Indian politicians to sneer at the use of social media. Former BJP president Venkaiah Naidu, now vice president of India, even presciently warned me that “too much tweeting can lead to quitting”. In September 2012, the Economic Times carried an article showing that most young Indian politicians were not active on any social networking site. 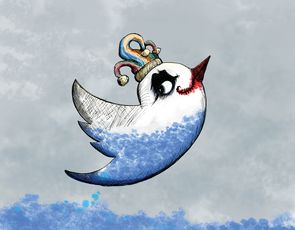 Yet, the last few years have shown a dramatic acceleration in the pace at which the political world is embracing social media. There is, of course, the BJP’s wholesale adoption of Twitter under Narendra Modi, who overtook me in July 2013 to become the most-followed Indian politician on the social media site. As prime minister, he has instructed his entire cabinet to emulate him in opening Twitter accounts, and they have all done so, with varying degrees of success.

Aside from Modi’s personal account, which has an eye-popping 44.9 million followers, the prime minister’s official Twitter account has multiplied its following more than ten-fold since Modi’s election, to 27.5 million today. Of course, having ‘followers’ does not mean they are all supporters—many follow you just out of curiosity, some just to attack you. But, they are an audience.

Modi’s prominence on social media has not noticeably been marred by widespread accusations of the BJP creating ‘fake’ accounts en masse to boost his follower count. But, in the process, free rein has been given to assorted nasties, often cloaked in fictitious names or other concealed identities, who insult you periodically or badger you on issues that matter to them, usually pet hindutva causes. Sometimes I indulge them and even respond mildly; sometimes, when their language becomes too offensive, I ‘block’ them from reaching me. But there are many days when the daily volume of abuse and vilification, especially directed at me by the BJP’s vicious army of organised trolls, makes me wonder if it is even worthwhile to continue.

This is a widespread problem. In an internal memo in 2015, the then Twitter CEO Dick Costolo notoriously admitted that Twitter “sucks” at dealing with abuse and trolls. The company’s own recent transparency report, covering January to June 2018, disclosed that around 6.2 million accounts were reported for possible violations of Twitter’s rules. Of these, 2.8 million were reported for abuse, nearly 2.7 million for hate speech, and some 1.3 million for violent threats. These are alarming figures, made even more troubling by Twitter’s revelation that it took action against fewer than 10 per cent of these accounts.

Has Twitter turned irremediably toxic? It is too useful a medium to be abandoned without a fight. But it needs a serious effort at reform; an end to anonymous and fake handles, and more Artificial Intelligence tools to weed out abuse, would be good places to start.