A battle for India’s soul

As the 71st anniversary of our Independence Day comes and goes, it is time to reflect on the “Idea of India”—or rather, on two duelling ideas of India that are now before us.

They both date back to before independence, when our nationalist movement was divided between two sets of ideas—one held by those who saw religious identity as the determinant of their nationhood and the other by those who believed in an inclusive India for everyone, irrespective of faith. The former became the idea of Pakistan, the latter the idea of India.

This nebulous “Idea of India”—the phrase is Tagore’s—is, in some form or another, arguably as old as antiquity itself. However, the idea of India as a modern nation based on a certain conception of human rights and citizenship, vigorously backed by due process of law and equality before law, is a relatively recent and strikingly modern idea. 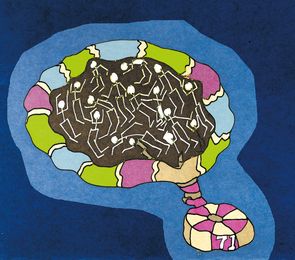 Despite the mystical influence of Tagore, and the spiritual and moral influences of Gandhiji, it is a robustly secular and legal construct based upon the vision and intellect of our founding fathers, notably (in alphabetical order) B.R. Ambedkar, Jawaharlal Nehru and Vallabhbhai Patel. The Preamble of the Constitution, in its description of the defining traits of the Indian republic, in its conception of justice, of liberty, of equality and of fraternity, firmly proclaims that the law, and not religion or community, will be the bedrock of the idea of India.

India’s democracy imposes no narrow conformities on its citizens. The whole point of Indian pluralism is you can be many things and one thing: you can be a good Muslim, a good Keralite and a good Indian all at once.

The Indian idea, as I have long argued, is that a nation may endure differences of caste, creed, colour, conviction, consonant, culture, cuisine, costume and custom, and still rally around a consensus. And, that consensus is around the simple idea that in a democracy you do not really need to agree—except on the ground rules of how you will disagree.

My idea of India celebrates diversity: If America is a melting-pot, then to me India is a thali, a selection of sumptuous dishes in different bowls. Each tastes different, and does not necessarily mix with the next, but they belong together on the same plate, and they complement each other.

Many of us complacently assumed that this idea of India was immutable and universally held. But, we were wrong; before Mohammed Ali Jinnah’s Muslim League passed its notorious Pakistan Resolution in 1940 demanding the vivisection of the country, the Hindu Mahasabha had in 1937 advanced the theory that Hindus and Muslims were two nations. Today’s ruling BJP is the political arm of the RSS, which remains committed to the doctrine of hindutva and advocates a Hindu rashtra—a Hindu nation-state. Such an idea has nothing in common with the idea of India I have described. It is divisive rather than inclusive, embodied in a chauvinism intolerant of diversity and difference. The BJP/RSS idea of a Hindu rashtra is the mirror image of Pakistan—a state with a dominant majority religion that seeks to put its minorities in a subordinate place. That would be a hindutva Pakistan, and it is not what our freedom movement fought for, nor is it the idea of India enshrined in our Constitution.

This is a battle for India’s soul. India’s founding fathers wrote a Constitution for their dreams; we have given passports to their ideals. Let us not, seven decades after their triumph, let them down by surrendering our India to the idea of Pakistan.