Please do the needful

Two columns ago, I rashly ventured the immodest thought that I had considered myself the inventor of the term ‘prepone’, which I had come up with at St Stephen’s in 1972. Boy, was I wrong. In keeping with the long-standing wisdom that there is nothing new under the sun, I am told by Catherine Henstridge of the Oxford English Dictionary (OED), no less, that they have an example of the use of the word “prepone” from 1913, and it is not, alas, Indian.

In 1913, a J.J.D. Trenor wrote in The New York Times: “may I be permitted to coin the word ‘prepone’ as a needed rival of that much revered and oft-invoked standby, ‘postpone’?” It didn’t catch on much in the west, but the proceedings of the 1952 Indian Science Congress reveal that other Indians thought along the same lines: “in Indian villages,… demand for power can be preponed or postponed not only by hours but even by days in order to comply with meteorological conditions”.

Clearly, the origin of “prepone” has been preponed from 1972 to 1913, and I duly withdraw my claim to its origination. Mind you, I can still make a case, through frequent usage, to being somewhat involved in its popularisation! 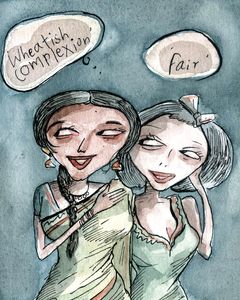 One of the themes of my piece about Indian English related to the Indian habit of using words that would be seen as archaisms by most Brits or Americans. The point remains valid. But not all my examples were. The distinguished OED lexicographer tells me that while I am right about “furlong”, the words “fortnight” and “do the needful” are still accepted as being in current use. Even “mugging” (for an exam) passes muster with the OED, though they tend to go for the usage “mugging up”.

This is not merely an extended mea culpa. It turns out I was right about several examples of Indian English. The OED accepts “airdash” and “history-sheeter” as purely Indian usages, and the only examples they can find of “wheatish complexion” are, as I suggested, from Indian matrimonial ads.

The same would probably apply—though I didn’t check with the OED—to “foreign-returned” and “convent-educated”, two staples of Indian matrimonial ads. You just wouldn’t find a Brit or a Yank using either of those expressions (though the latter might apply to a novitiate in a nunnery).

The exchange with Mrs Henstridge did, however, open up a delightful prospect for those of you who, like me, delight in the quirks of Indian English. When work started on the OED in 1857, she explained, there was a preponderance of British English in their illustrative quotations, but these days, the OED lexicographers try hard to include English as spoken in as many different countries as possible. Their problem, as Mrs Henstridge tells me, is that they sometimes have difficulty in finding evidence for Indian English usages. They are quite willing to incorporate desi expressions in the OED, provided we can offer them precise citations for the usage. Would we in India be willing to help them find them?

The obvious ones are those translated into English from Indian languages—people of Hindi mother tongue often lapse into phrases like “the teacher is sitting on my head (teacher mere sir par baitha hain)” or “stop eating my brain! (mera dimag mat khana, yaar!)”. But even seemingly routine expressions like “Kerala is my native place” or “I belong to Chennai” are in fact peculiar to Indian English, because such formulations are not used by native speakers of other forms of the language.

The OED recently launched an appeal for local words and usages (see https://public.oed.com/appeals/words-where-you-are/) and they tell me they have already had over 1,800 replies from various countries. “So if you ever think there is an Indian word or use of a word we should know about,” says Mrs Henstridge, “do let us know!”

Any Indian reader willing to “do the needful”?