What is the problem with Aadhaar? Why are so many liberals up in arms against what was once seen as a scheme to benefit the masses, and not threaten the public?

Aadhaar was initiated in 2009 as a project to link a biometric-based unique identity with eligible beneficiaries of government schemes. It was envisaged as a method to eliminate the number of ‘ghost beneficiaries’ and to reduce the pilferage of state funds. Ironically, the then chief minister of Gujarat, who vociferously opposed the project and pledged to scrap it if elected, has now, as prime minister, become the greatest proponent of the scheme. Worse, he has enlarged it to an extent never imagined by his predecessors, virtually linking every service, not just limited to subsidies, to Aadhaar—despite his government having assured the Supreme Court that the use of Aadhaar would not be made mandatory.

This has raised serious concerns that the entire scheme is unconstitutional. The very statutory foundation of the project is flawed, as the government avoided the oversight of the Rajya Sabha by pushing through the Aadhaar (Targeted Delivery of Financial and Other Subsidies, Benefits and Services) Act, 2016, as a money bill. It did so even though, as per most analyses, the act failed to meet the requirements for a money bill under Article 110 of the Constitution.

The Aadhaar Act states that every resident of India shall be entitled to obtain an Aadhaar number. Its language also indicates that obtaining an Aadhaar number is voluntary in nature, and not mandatory. Even the Supreme Court, while hearing the batch of petitions challenging the act, had noted that the “Aadhaar card scheme is purely voluntary and it cannot be made mandatory”. However, in disregard of this order, the government has gone on a blitzkrieg by linking the Aadhaar with virtually everything under the sun, so much so that the absence of an Aadhaar number would lead to the denial of many basic services. In effect, the government has made Aadhaar mandatory, while assuring the courts that it is not.

The act limited the purpose of authentication—to establish the identity of an individual in relation to the receipt of a subsidy, benefit, or service incurred from the Consolidated Fund of India. It begs the question as to how services provided by private banks and telephone operators fall within these categories. Why should we link our bank accounts and mobiles to Aadhaar then, in order to be able to use them? Yet phone companies and banks insist we must. 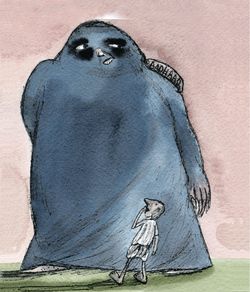 By linking the biometric data and other sensitive information of an individual to a central database, without providing adequate security to such a database (judging by the data leaks reported in the media), one can argue that such actions in effect violate the right to privacy. The right to privacy can, of course, be limited by a compelling state interest. However, where the state has a compelling interest, it must choose the least restrictive method to achieve such goals.

But, the opposite has happened. There have been numerous incidents reported in the media where machines meant to authenticate Aadhaar number holders have failed to do so, due to lack of internet connectivity, or electricity, or other adequate facilities in rural areas. This has denied many people their ration supplies, in violation of their rights. A scheme meant to help the poor is depriving people of their entitlements.

The current implementation of Aadhaar is arguably a disaster: it conforms neither to the intent of the scheme, nor to the requirements of the law. As the Supreme Court considers these issues, one hopes it will require the government to implement Aadhaar in line with India’s constitutional ethos and the established principles of our democracy.