The stars of this IPL

Fifty-three matches in total! It goes on non-stop for weeks. An IPL season is like life itself. You see ups and downs, periods of joy followed by days of gloom, players find form and lose it—all in one season.

And, when the season is over, it leaves behind evidence, footprints that you can draw conclusions from—about T20, about IPL. 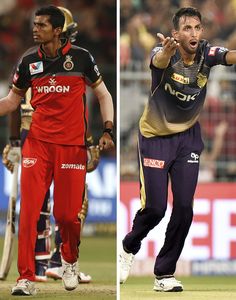 It is after all such a new format, that we are trying to get more acquainted with it all the time. Test cricket is 142 years old. T20s is just about 15.

Two factors stood out for me in this IPL season.

With regard to players, in this IPL, I observed that the Indian contingent of uncapped bowlers showed greater temperament than young Indian batsmen, especially in pressure situations.

Indian bowlers were calmer and less anxious when things got tense.

It is not an easy challenge where the overs have shrunk to 20 but wickets in hand are still the same—10. So, batsmen have the licence to go crazy and they don’t get crucified when they fail. It is considered an occupational hazard.

A bowler, meanwhile, has just four overs in which he has to make an impression—small boundaries in the IPL make their task even tougher. I guess when thrown into the deep end people have no choice but to flap their hands and legs to survive. That is what has happened to the young Indian bowlers. IPL has made them hardened competitors. They develop a thick skin and don’t lose sleep when after bowling three terrific overs, they are tonked for 20 in the last over.

Prasidh Krishna of Kolkata Knight Riders impressed me. His super-over performance vs Delhi Capitals won my heart and my vote, too, as one for the future. He is tall, has a good bowling action and seams the ball well. He also possesses a calm demeanour. I foresee Krishna becoming the perfect third seamer for India in Tests, a ‘like for like’ replacement for Ishant Sharma.

Navdeep Saini from Delhi, who played for Royal Challengers Bangalore, is another bowler who caught everyone’s attention. He is naturally quick and potentially a better version of Umesh Yadav. This kid can’t help but bowl quick.

I, especially, liked the attitude of Rahul Chahar of Mumbai Indians and Shreyas Gopal of Rajasthan Royals. Both bowl wrist spin and it is easy to see that they like being in the spotlight. Yuzvendra Chahal, India’s incumbent leg-spinner, must watch over his shoulder now, for these young men are likely to give him a run for his money.

I will remember this IPL season also for the big hitting. I am not saying that the ball is getting hit further, but it was the amazing consistency of the big hitting. Hardik Pandya and Andre Russell were flag-bearers of this new wave. No matter what the pitch, or the bowling—pace or spin—they rarely miscued their big shots. Innings after innings, they kept striking at an unbelievable rate. This kind of consistency in big hitting was never seen before.

One piece of remarkable hitting was when Hardik went after RCB left arm spinner Pawan Negi on a rank turner at the Wankhede stadium. He was hitting massive sixes against the spin—one of the hardest thing to do in cricket.

I love this format more and more every year. Like Tests, it is a platform for excellence, but of a different kind.