The winter break has done Rahul some good

Much is being made of Rahul Gandhi’s t-shirt. First it was about its make and cost. Busybodies in the BJP found it’s a Burberry costing Rs41,000. That’s peanuts before Narendra Modi’s monogrammed 10 lakh-rupee suit and glasses that cost Rs1.5 lakh, retorted Congressmen.

Now it is about ‘why only t-shirt?’ in the Delhi winter where people are wearing long johns, sweaters, jackets, Kejriwal mufflers, shawls, scarves, cravats, caps and more. He is a lion, but not in his winter—replies the Congress.

Bearing Delhi’s cold is no great shakes. I know a guy in Delhi who takes a cold shower every morning, and steps out in shirt-and-trousers 360 days a year. (“Five days I may not bathe,” says he.) No yogi he is, but a petty modern mortal like you and me, Rahul and Modi. Or ask the poor prisoners of Tihar, as Lieutenant Governor V.K. Saxena did on a visit last week. The governor has since ordered that they be given warm water to bathe. A warm-hearted gesture, Excellency! 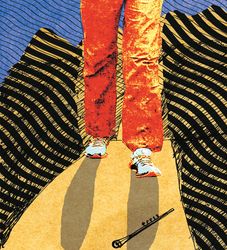 The Delhi sojourn has done Rahul some good. Suddenly, he has become prime-time and front-page news, whether it is for his t-shirt or his unkempt beard. The guy is enjoying every minute and byte, making the best of the chance. He has started talking politics.

Throughout the yatra’s southern and central Indian legs, Rahul was looking and sounding apolitical, even saying the yatra was not about politics. What else are you out for? Fresh air? Exercise? Sight-seeing? Go for the big game, man; the game of power politics.

Politics is all about communication, not necessarily through words. Mahatma Gandhi mastered the art. There was a message in his every act—his spinning, his fasting, his enema service, his bowl of curd, third-class train trips, loincloth, meals with scavengers, taking a goat to England, the tales he made of a missing pencil, even his bouts of silence. Every act, every gesture, every word said and unsaid had a message for the enslaved millions.

Even Modi has been doing it well. His meditation in a Kedar cave; his brisk walk through an Ahmedabad street after voting in the assembly poll; his surprise metro rides; getting snapped with a peacock on his home lawns; wheeling his mother across those lawns; his choice of clothes (he got it wrong once, and paid the price for it); the spins on his tea-boy past.... Critics may carp at them as put-on acts, but they do get resonated in million minds.

Remember his campaign style in the 2014 polls? He was there in every corner of India, but rarely slept a night away from his Gandhinagar home. Every morning he jetted out, addressed half a dozen rallies, but flew back home in the night, only to jet out the next morning. It made every meeting of his looked-forward to. Will he come; when would the jet land; where would he go; how many winks does he sleep? Millions indulged in chai-pe-charcha over these questions.

Rahul could have taken a page from Modi’s book. He could have walked his miles in the morning, taken a jet to Gujarat or Himachal after lunch, addressed three rallies, flown back to join his yatris, and set out on foot the next morning? Every trip would have been looked forward to by the media, by the locals, by his followers, by the Congressmen en route, giving some buzz to the otherwise ‘pedestrian’ yatra.

Anyway, the winter break has done some good. Rahul has a spring (pun intended) in his step, he is talking politics, claims to be on a political mission, and is leading his tapasvis, and taking on the pujaris. Better late than never.