Belagavi dispute: How Karnataka and Maharashtra can resolve it

Prevent showdowns, and let the dispute linger on till it becomes irrelevant

One swallow may not make a summer, but any babble over Belagavi signals that it is winter.

The Belagavi dispute between Karnataka and Maharashtra was once thought to be a perennial one, but of late it has been flaring up in winter. Foxed? Hold on.

The dispute is as old as the 1956 linguistic reorganisation of states when the town and the district, then part of the Bombay state, were known as Belgaum. The region was given to Mysore (now Karnataka) over Maharashtra's claim that more Marathi speakers lived there than Kannadigas. The Justice M.C. Mahajan Commission, sent by the Centre in the late 1960s, suggested that about 200 villages be given to Maharashtra, but the town would stay with Karnataka. None was satisfied; nothing happened.

Things were manageable as long as the same party—then the Congress—was ruling both the states and the Centre, since explosive situations could be averted through intra-party chats. Soon, a local pro-Maharashtra party, the Maharashtra Ekikaran Samiti (MES), began capturing the assembly seats in the region, and even the town hall. Things got worse when the states too came under mutually hostile parties. Nine were killed in a police firing at rioters in 1986 when the Congress was ruling Maharashtra, and the Janata Party in Karnataka. 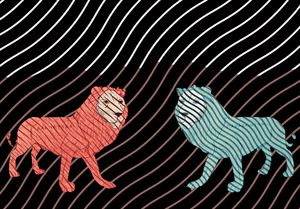 In 2005, the city council, then controlled by the MES, resolved to merge with Maharashtra. The Congress-Janata Dal regime in Karnataka dissolved the city council, and Kannada activists blackened the mayor's face. In 2007, Maharashtra approached the Supreme Court. The matter has been pending, and passions remained cool.

Then, in 2012, Karnataka opened a second Vidhana Soudha in the town, and began holding its winter session there. That has been like a red rag before a bull. Last December Marathi activists held an event seeking Belgaum's merger with Maharashtra; Kannada activists blackened the face of one of them. Marathis vandalised the statue of freedom fighter Sangolli Rayanna, a Kannada icon; Kannadigas got even by defacing a Sivaji statue.

The show is repeating this year. No sooner had the Karnataka legislature announced its winter session dates than two Maharashtra ministers, Chandrakant Patil and Shamburaje Desai, said that they would like to visit their Marathi cousins living in Belagavi. Karnataka CM Basavaraj Bommai got his borders barricaded, and reminded Maharashtra that water-starved panchayats in Maharashtra's Sangli district were asking to join Karnataka. A border showdown was averted when Patil and Desai put off their December 6 visit, but protests erupted elsewhere.

Politics offers a chance to avert violent showdowns. The MES is long gone and forgotten. All the stake-holding entities are controlled by the same party, the BJP. It rules the Centre; it rules Karnataka and it is a powerful partner in the government in Maharashtra. Most of Belagavi and its neighbourhood are represented in city hall, the assembly and the Lok Sabha by the BJP. Can't they sit together and defuse crises before more statues get vandalised, more faces blackened? Politics, after all, is the art of the possible.

But a permanent solution? Not till the cows grazing on the banks of the Ghataprabha come home. The issues are emotive, involving language and identity. Any leader who makes a concession would be lynched as a traitor politically if not physically. Any attempt at a forced solution may backfire on all.

What then is the way out? Simple. Prevent showdowns, and let the dispute linger on till the dynamics of demography makes it irrelevant.