Curzon reborn after a century”—I remember an archaeologist exulting after a talk by Jagmohan, then A.B. Vajpayee’s culture and tourism minister, on how he was giving a facelift to Ajanta-Ellora, Humayun’s Tomb, Tughlaqabad, Shahjahanabad and the Red Fort.

A politically incorrect statement, one would think. ‘Superior person’ George Nathaniel Curzon was one of India’s most reviled rulers—one who extolled elitism, believed in meritocracy, despised mediocrity, shunned populism, couldn’t stand fools, was punctilious yet scrupulously honest, followed a ‘middle-class method’, practised divide-and-rule, and partitioned Bengal at the turn of the last century simply for ‘administrative convenience’. 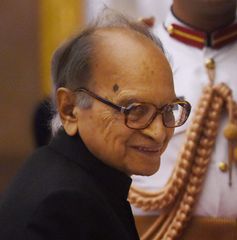 Jagmohan (he had dropped his Malhotra surname), who died last fortnight, was all that and no less. Even as a politician who should have been with the masses, he moved only in elite circles—to the extent of launching his 1996 poll campaign in New Delhi constituency with a morning tea for his friends in the Lodi Garden while his cine-star rival Rajesh Khanna was hoofing through the shanties of Nizamuddin. Not surprising from one who had started his public life as Sanjay Gandhi’s factotum during the Emergency, and had sought to beautify Delhi by bulldozing the shanties around Turkman Gate.

Like Curzon, Jagmohan suffered from a flaw—of a certain coldness in his exterior that camouflaged a heart that throbbed with passion for the sublime. Heritage lovers revere Curzon as the one who saved the Taj, the Red Fort, the Konark, Mount Abu and Ajmer shrines, the Ajanta, Ellora and Elephanta Caves, the Sanchi Stupa, Humayun’s Tomb, the Qutab Minar, Fatehpur Sikri, the Chittorgarh Tower, the Gol Gumbaz and the Mandu Palace of leaning walls—from vandals, neglect and ruin. He gave not only huge government funds for their restoration and upkeep, but also money from his own pocket and care from his own heart.

As governor of Jammu and Kashmir twice and as Vajpayee’s culture minister, Jagmohan followed on Curzon’s monumental steps. He took over the Vaishno Devi shrine against RSS opposition and cleaned it up, threw out the encroachers from Humayun’s Tomb and Tughlaqabad Fort, installed European standard lighting and parking bays at Ajanta-Ellora, and laid out plans to clean up the warrens of Shahjahanabad. Topping it all, he threw out the Army from the barracks of the Red Fort, which they had been occupying since the revolt of 1857, muchly in the manner that Curzon had thrown out the Army from Zeenat-ul Masjid and several other heritage shrines which they had made a ‘mess’ of, literally.

Jagmohan shared Curzon’s contempt for charlatanism. Archaeologists recall how the minister threw out a group of activists who had approached him with the blessings of his party, with half-baked research claims that the Taj had been a Hindu shrine.

Both had a fascination for the turbulent but frozen frontiers. Curzon loved the northwest frontiers of Kashmir which opened India’s doors to the Pamirs and ancient Buddhist central Asia. Jagmohan loved Kashmir for both its ancient Saivism and its medieval Sufi eclecticism, both of which were torn asunder under his own tearful eyes in the early 1990s when the Pandits had to flee the valley.

Jagmohan practised what he believed in. He was a quintessential rightist—not the religious right but of the progressive and liberal kind—and had no qualms about admitting it. He may have changed parties, but never his ideology. Rather, he joined parties when their policies suited his ideology.