History repeats itself first as tragedy, then as farce, said Karl Marx. Having witnessed tragedy for 20 years, the city-state of Delhi is now set to witness farce.

First, what’s Delhi—city, state or UT? It’s all three or, as they say, it is neither fish, flesh, nor good red herring.

Not a problem. That is how most capital cities are. The worst is the case of Washington DC. The folk there say, they are taxed without being represented—something that goes against the very grain of democracy, as we understood it since the days of the Magna Carta vaguely, and the American revolution clearly.

Delhizens fare better. They are taxed in many ways, and represented in more ways. Delhi has 10 members in Parliament, 70 in the city-state’s legislative assembly, and 272 councillors in three municipal bodies. There are executive authorities who are answerable to them, and supposed to be ruling the people of Delhi—Narendra Modi’s Union council of ministers, Arvind Kejriwal’s state cabinet, and the three worshipful mayors. 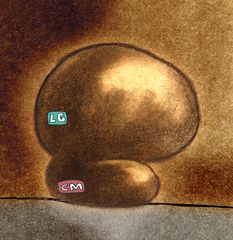 Now a new law says the real government is none of the above, but the lieutenant-governor appointed by the Centre. Therein lies the farce.

So what was the tragedy? Hold on.

Delhi was part of the Punjab province during the 19th century, and made a chief commissioner’s province (much like our UT) after it became the capital in 1912. It was made a Part C state in 1951 with an elected legislature and a council of ministers, but with lesser powers than other state governments. However, a prolonged tiff with the Chief Commissioner A.D. Pandit and Union Home Minister G.B. Pant led to Chief Minister Brahm Parkash’s resignation in 1955.

The States Reorganisation Commission made Delhi a UT again in 1956, but with an autonomous municipal corporation. Delhi’s netas, particularly those in the Jan Sangh (later BJP), continued to seek full or partial statehood. In between, the Centre experimented with a metropolitan council of 56 elected and five nominated members, but with only recommendatory and no legislative powers.

Then the tragedy was enacted. In what looked like a repeat of the 1951 experiment, the Centre granted special statehood in the early 1990s. It created an elected legislature and a council of ministers with powers over all state subjects except police, public order and land—which were given to a Centre-appointed lieutenant-governor.

Like Parkash in the 1950s, most CMs found it tough to run the town affairs. Things came to a head under the AAP regime, with the L-G vetoing cabinet decisions almost every day, the cabinet sitting in dharna in the L-G’s parlour, a chief secretary being manhandled, and the Centre and the state slapping corruption cases on each other’s officers.

The Supreme Court sought to settle the matter in 2018. It asked the L-G to be bound by the aid and advice of the elected government, except on the three specially reserved subjects. The state regime moved with alacrity after that, cleaning the drains, cutting water rates, giving free power to the poor and free bus rides to women.

Now, comes the second encore of history—as farce. The latest law defines the term ‘government’ to be the L-G and not the elected government, expands his powers by requiring the cabinet to seek his opinion on specific matters which he deems fit, and prohibits the assembly from making rules for its committees on day-to-day administration.

Now, if this is not an encore of the dysfunctional ‘diarchy’, introduced through the Montagu-Chelmsford reforms in 1919, what else is?