Writing on the toilet wall

Tenali Rama, the fabled jester in Krishnadeva Raya’s court, would have been a happy man, had he been alive this October 2. That day, India became open defecation-free. Or so spake Prime Minister Narendra Modi.

What is the connection? One may ask. Hold on.

Rama or Ramudu, actually a wise man as all jesters in the courts of the orient and the plays of Shakespeare were, once told his king that the act of defecation was the most pleasurable of all physical activities. The king and his courtiers, who had cited everything from eating favourite food to fornication as the most pleasurable act, burst out laughing. 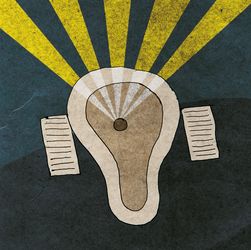 One day Ramudu gave the king a hearty meal in his home and then locked him up, not letting him visit the toilet. His Highness literally went down on his knees begging to be freed. The royal ordeal went on for nearly an hour, at the end of which Ramudu let him visit the washroom. Then, after relieving himself to his heart’s and bowel’s content, the king conceded—yes, there is no greater physical pleasure than in relieving oneself.

Indeed, for the act to be one of pleasure, it ought to be performed in private, and done with dignity. We all enjoy it every morning or sometimes more often depending on what we had eaten for the previous meal. But millions of Indians had remained deprived of this pleasure, this privacy and this dignity since millennia, forcing them to perform the act in public. When performed in public, there is no act that is more disgusting and more shameful.

Bluntly out, shitting had been a shameful act for several thousand Indians.

It is this shame that made us, the prude among the privileged and the toileted classes, invent newer and newer euphemisms for the act, the product and for the place where the act is performed. There are few words in the English language that have as many euphemisms as poop and latrine. For poop we have crap, shit, discharge, dung, excrement, excreta, faecal matter, faeces, manure, potty, stool, human waste, number two and many more. The shame of latrine has been covered up with toilet, water closet, WC, lavatory, outhouse, comfort station, privy, bathroom, washroom, restroom, gentlemen’s room, ladies’ room, men’s room, women’s room, and even powder room and cloakroom!

Think of the gross social injustice! Think of the millions who have to perform in public an act that we are ashamed of speaking about even in private. Gandhi discovered this pain and shame, and the gross injustice associated with it, long ago. He named and shamed India over faecal matter. His sanitation drive preceded his political movement. In South Africa he cleaned the toilets of his clerks; in India he often lived with scavengers. Saying “sanitation is more important than political independence,” he tried to toilet-train the masses, while also politicising them for the freedom struggle.

But the curse of open defecation continued even after the dawn of political freedom, constitutional end to untouchability and statutory end to scavenging. It is this curse that is now being sought to be lifted.

Modi’s claim, made on the Gandhi’s sesquicentennial, may be premature. Critics may carp at it citing squatters on Mumbai’s train tracks or behind the bush in Bastar hamlets. Several thousand villagers may still have miles to go to answer the morning call; and India may have several more miles to go to claim its public spaces poop-free. All the same, there is no denying the fact that the Swachch Bharat Mission, despite its imperfections, has been one of the noblest welfare acts of the Indian state.