Lok Sabha elections: Will the aspirational middle class decide the winner, or the silent poor?

Like him or hate him, elect him or trounce him, hail him or curse him, but Narendra Modi cannot be denied credit on one count. He has re-politicised India that is Bharat, especially its middle classes.

Not those middle classes whom the Marxians and the classical economists called the bourgeoisie—the ones who were loaded with money, only wanted political power which the landed gentry had denied them, and guillotined whoever stood in their way. We are talking of the modern middle classes—those nice people who run small businesses, become doctors, lawyers or accountants, or work in offices holding any post from clerk to cabinet secretary. 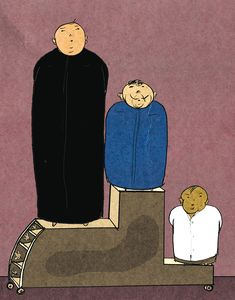 Politics, to them, was the last resort of the scoundrel—a line which they quoted far too often, and attributed to George Bernard Shaw though none of them knew where he said it, when he said it, and whether he actually said it. The original line, they did not know, was of Dr Samuel Johnson who said “patriotism is the last resort of the scoundrel,” a line which no one would agree with, especially in these days of hypernationalism.

Indeed, this class had been political animals during the freedom movement and immediately thereafter. They developed a disdain, especially towards the politics of poverty that came to be practised since the 1970s and 1980s. They distanced themselves as politics became more and more mass-based, and began to envelop the lesser, the meeker and the unwashed mortals. The politics of poverty, in their view, amounted to empowering the lumpen.

It is another matter that they still sought political sifarish to get college admissions, get telephone connections when those were hard to come by, and manage transfer-postings for themselves or their kin. But they kept discreetly quiet about those occasional political pollutions, or justified those deeds as done through the good offices of certain ‘’good” political friends. As Jeffrey Archer put it in one of his novels, their attitude was: every politician is bad, except the one I know.

By the late 1990s, this class too defined their politics—the politics of aspiration. The BJP quietly appropriated it, though at times the Congress too did so. Thus, an aspirational middle class voted nuclear-armed Atal B. Vajpayee in 1999; but politics of poverty triumphed in 2004 when Sonia Gandhi rebutted his ambitious ‘India Shining’ with “Aam aadmi ko kya mila?”. The Congress played aspirational politics in 2009 to get a nuke-snooking Manmohan Singh re-elected. In 2014, Modi snatched and triumphed on the aspirational platform with the promise of achche din.

But Modi did not rest there. If Vajpayee and Sonia let the middle classes withdraw to their sanitised drawing rooms in 1999 and 2009, Modi did not let them after 2014. He tweeted politics into their drawing rooms and dinner tables. Politics is today the topic of discussion, debate and diatribe over breakfast and dinner in decent households. It is another matter that the debate has been reduced to a binary—for Modi or against Modi. Even the wives and mothers stopped watching saas-bahu soaps and started watching prime time news channel pravachaks. They chat, post and tweet matters political, aspirational, triumphalist and even toxic.

Who will carry the day on May 23? The aspirational middle class or the silent poor?