Arrogance of little achievement and cancer of entitlement

Somewhere in this rush for material success, we the people have lost something

We, the people of India, have a lot going for us. We are the inheritors of an incredibly rich, cultured, evolved past; by all accounts, an even more glorious future is waiting to fall into our laps. The rest of the world envies us. Our journey from an impoverished colony torn asunder by partition to the high table of nations is impressive. Our democracy, chaotic as it is, is axiomatic; our demography, once a millstone around our neck, is now an asset. We are a veritable treasure house of art, culture, literature; we know everything there is to be known about religion and philosophy. Indian origin names throng the highest echelons of the tech world, Indian athletes now win Olympic medals.

But for some reason, our newspapers make depressing reading, the television channels beg to be switched off. Because, somewhere in this rush for material success, we the people have lost something. Something fundamental, something nice, something decent.

That is why the most captivating debate in our public discourse today is whether a man did or did not urinate on another passenger in a business class cabin. Lawyers are quibbling about the practical possibilities of the situation, examining the limitations of the damning arc. In the process, all dancers—the entire talented tribe—are being labelled in open court as “incontinent”. Sometimes, as in the recent case of another passenger at Delhi, we do not even wait to get into the plane before we embarrass ourselves and our ancient civilisation: we let off in the departure lounge itself, while yelling abuse at all and sundry.

Somewhere the adrenalin of aspiration, the easy access to material trimmings, an internet-connected porn-laden phone has convinced us that the world is for the taking. That all boundaries can be torn aside. That is why we drive drunk on New Year’s night and don’t stop when we hit a young girl on a scooter. We don’t even care when she is stuck under the car but continue to drive for hours, testing how much more we can drink before she dies even more after being dead. 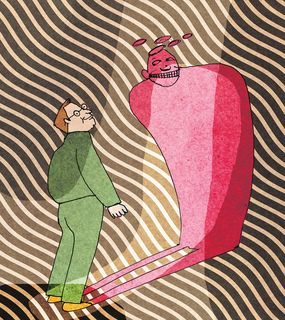 The arrogance of a little achievement, the cancer of entitlement, has taken hold of us. Nothing will come in our way; we are so proud, so tough that we do not give an inch. Not on the road and not in life. If a relationship goes bad, we don’t just go our way; we kill and then chop the once beloved person into 35 neat pieces with a saw. We store the pieces in zip lock bags in double-door fridges bought on EMIs and dispose them off casually on early morning walks. The same sickness makes us throw acid if our lust—don’t mistake it for love—is rebuffed, or wreak animal violence with an iron rod on a helpless girl in a monster bus on a winter night.

And we don’t care much—actually not at all—for the law. If a policeman holds us for snatching a phone or a chain, we stab him, not once but a dozen times. And if we go to prison we know the strings to pull, for the tentacles of corruption are now everywhere, almost an essential infrastructure of development, pulling down metro pillars, collapsing bridges, sinking new highways, crashing through tunnels.

And it doesn’t comfort me if you say that this is nothing new, or this happens elsewhere, too. It is the death of decency in the here and now that bothers me. For this is my India and it is here that I ache. Sahir’s immortal lines, sung by Rafi in Pyaasa, come to mind—Jinhen naaz hai Hind par woh kahan hain….?