Navtej Sarna on importance of a few good men in US

A select committee of the US house of representatives has been conducting televised hearings on the January 6, 2021, attack on the Capitol by Donald Trump’s supporters, an event termed as America’s “most serious brush with constitutional failure since the Civil War”. One view is that the hearings are making history, documenting the traumatic event through depositions by witnesses testifying under penalty of perjury. Others dismiss them as ‘partisan’, a ‘mini-series’ intended to distract attention from 8.6 per cent inflation and 3.6 per cent unemployment. Trump, of course, has in trademark fashion called the committee ‘unselect’ and a ‘political witch hunt’.

The divided reaction is no surprise. Polarisation in the US did not start with Trump or January 6, nor will it end with these hearings. For several years, Congress gridlocks, a divided media (Fox has not covered the hearings) and rising political violence have marked the erosion of democracy in the US; the Economist Intelligence Unit labelled the US a “flawed democracy” in 2017, Trump’s first year. But the committee has shown that the system, flawed though it might be, still has admirable facets. 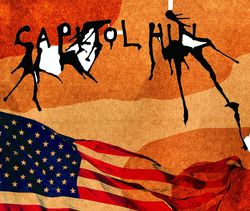 First, the accountability. Presidents—be it Nixon, Clinton or Trump—don’t just get away with flouting the constitution or the traditions of high office. The system does hit back, though not hard enough for some: every act comes up for minute public scrutiny and some of the dirt sticks. Even the teflon-coated Trump can now hardly deny that he called in his supporters to Washington and encouraged them to vandalise the Capitol. Or that he bullied officials to manufacture votes or send alternate slates of electors; in short, not to do their constitutional duty. Or that he raised $250 million after the election for a concocted ‘stop the steal’ campaign.

Second, even an administration so marked by venality and nepotism as Trump’s had people willing to speak truth to power. This ‘team normal’ within his inner circle, including vice president Mike Pence, former campaign manager Bill Stepien and attorney-general Bill Barr told Trump to desist from his “Big Lie” that the election had been stolen from him; Ivanka Trump, too, testified that she had agreed with Barr.

Third, many responded to a calling higher than political expediency. Not just Pence (who was just forty feet away from the Proud Boys out to hang him), but also Georgia Secretary of State Brad Raffensperger, Arizona Speaker Rusty Bowers and dozens of other elected officials, who withstood tremendous pressure, threats and racist hatred from Trump’s supporters but refused to help actualise his “Big Lie” fantasy. They were mostly conservative and had worked for the Trump presidency; yet, in that moment of crisis, they placed greater importance on old-fashioned ideals of duty, conscience, oaths and God. When Pence defied Trump and certified the election, his chief aide texted him from the scriptures: “I fought the good fight, I finished the race, I have kept the faith.”

The committee’s findings may not lead to legal charges against Trump: that is a risky move; if botched, it may only end up strengthening him. His standing within his Make America Great Again base, too, may not be dented; a third of America still believes that the election was stolen from him. But the hearings are a speed-breaker in democracy’s downhill rush; incontrovertible facts have been put on record, in the voices of Trump’s own people, and the line between right and wrong drawn; a small label reading ‘damaged goods’ has been put on Trump’s tuxedo. This is important because when the next crisis comes there may not be enough good men in the right places; to survive, the system must continue to breathe confidence in itself.