Navtej Sarna writes on the many moods of Krishna Menon

Aldwych Street sits like an old-fashioned geometry D on London’s Strand. Down this crescent, the Indian tricolour flutters from its angled mast at India House, the seat of our High Commission. The London School of Economics, the Australian High Commission and Bush House, the erstwhile BBC headquarters, lie further down the street. The friendly, light traffic all moves in one direction and it is easy to saunter across to the coffee shops of Westend while The Lion King stares down majestically from the Lyceum Theatre, its home for 22 years.

The High Commission’s car, INDIA 1—a standard black Mercedes—has privileged parking facing India House. A quarter century ago, a vintage Daimler used to occupy that spot. How that Daimler—or its grandparent—came to be, is told in Jairam Ramesh’s thoroughly researched and fluently written life of Krishna Menon, A Chequered Brilliance. This page-turner, even though there may be 700 pages to turn, devotes an engrossing chapter to Menon as free India’s first High Commissioner in London.

Menon was a complex man and controversy was his handmaiden; adjectives, often contradictory, stuck to him like lint: ambitious, meddlesome, brilliant, prickly, paranoid…. Vijaya Lakshmi Pandit would liken him to a “Victorian woman, a person of moods and periods of depression.” But no one doubted his devotion to the cause of India’s freedom, his steadfast loyalty to Jawaharlal Nehru and his ascetic lifestyle. As High Commissioner he was clearly uneasy with the trappings of high office. Having trudged through London’s streets for two decades as an activist, he felt no need of a car. He shared his dilemma with Nehru: if the High Commissioner did not have a car, it would be seen as a slight to India’s prestige and if he did, it may be regarded as an extravagance. “The right course,” he wrote, “is to order a car of the Daimler type, which will last and would be regarded as conforming to normal practice.” Hence, the Daimler. 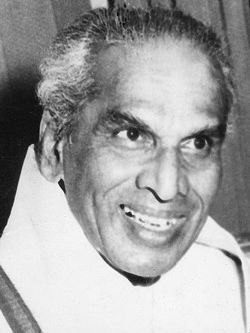 Famously subsisting on endless cups of tea, biscuits and the occasional bun, he also felt no need to draw the High Commissioner’s annual salary of £3,000, and told the prime minister so; instead, he wanted to draw only a ‘living wage’ between £350 and £650. Nehru, used to indulging Menon’s idiosyncrasies, chided him gently “…it would not be advisable for you to live like a hermit… As High Commissioner you can hardly live in a garret.” Menon continued to live out of the High Commissioner’s office, which though not quite a garret, is modest in comparison to the ducal official residence at 9 Kensington Palace Gardens.

Despite his proximity to the PM and friendly access to Prime Minister Attlee, Sir Stafford Cripps and Lord Louis Mountbatten, Krishna Menon’s London tenure was patchy: he was dogged by ill-health, the so-called “Jeep Scandal’ and hostile Indian associations—old rivals of his India League. Letters were sent to the PM demanding that India House be “cleansed at any cost.” Nehru finally eased a reluctant Menon out of London in 1952; his golden hour as roving envoy and star speaker at the UN would come later.

Many things have changed since: the vintage Daimler gave way to the Mercedes, the diplomatic work-horse; Aldwych will soon lose its calm to two-way traffic with possible parking issues for INDIA 1; envoys no longer write to the PM about cars and salaries, and certainly not for a cut. Some things, though, have not changed: Indian associations abroad, split along regional and ethnic lines, still squabble and scrap with each other and envoys have to guard their back against the barbed complaint home.