Will Kim, who lost 27kg, bring the skinny mould back to the fashion lexicon?

Unlike so many women who will not admit it, I am addicted to The Kardashians. I cannot accept that it drops on Thursday in the US and Friday noon here in India. I don’t love the show, so I will also submit. It has none of the shock and awe that its predecessor, Keeping Up With The Kardashians, (that ran for an amazing 20 seasons) had.

There are none of the OTT relationships (getting proposed to on a specially-hired football field); the crazy travels (going to Armenia on a private plane and having Kanye West perform on the streets there); the father having a sex change; and the peekaboo lives of the most famous family in the US (even during the time of the Obamas).

But it has a shockingly slim Kim, and that is what it is going to be known for. 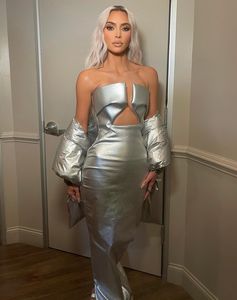 Stylist Kimberly Kardashian shot to fame in 2007 when a sex tape with her old boyfriend came out. Entertainment journalist and editor Ryan Seacrest offered her and her family a reality TV show which initially garnered much criticism, but eventually earned seriously big bucks for all involved. The personal and professional struggles and successes of the Kardashian-Jenner family became an unwitting cultural reset, most of all emphasising the money that can be made by just being famous.

Kim, the default heroine, became an icon. A tiny brown girl being hated by white America gave her cult status. In turn, she began to ape the body of black women, appropriated their voluptuous frame and generous behind (with implants and fat transfers allegedly), and finally made the skinny white girl a thing of the past.

Kim’s curves began to be emulated by women across the world (gawkers say Janhvi Kapoor is a fan), and thin was suddenly oldfangled and out. Kim came to be known for her ample bottom, and even got featured on the cover of Paper magazine (the same that earned an FIR for poor Ranveer Singh) with a champagne bottle resting on her booty. Even though she came to be known for her obsession with beauty and looking good, she became a hero for the body diversity movement. She had altered the standards of beauty. Forever.

Or so we thought.

Ever since she lost 16 pounds (almost eight kilos) in three weeks to fit into Marilyn Monroe’s ‘Happy Birthday Mr President’ gown for the Met Gala last May, Kim’s weight loss has been unabated.

Kim, now 42, is said to have removed her breast implants and her Brazilian Butt Lift (fat transfer surgery) to become an extremely skinny version of herself again.

Kim’s detractors are at it again, asking her and her sister Khloe, who shed 25kg after her partner Tristan’s cheating scandal, to use their platform for positivity and inclusivity once again.

Kim and Khloe are said to go on extreme diet fads and gym binges. Kim began to wear sauna suits after giving birth to her son, Saint, in 2016, losing more than 27kg. Khloe is dairy-free and carb-free, while both sisters drink a meal replacement beverage called Flat Tummy tea. Kim, a mum of four, recently visited celebrity plastic surgeon, Dr Ashkan Ghavami, for a skin-tightening treatment for her stomach, to make her belly look “snatched”, she says. This week, she appeared in pictures with her daughter North, looking even slimmer than the 12-year-old.

Will Kim K bring the skinny mould back to the fashion lexicon? Or is it just a passing fad for the reality star-turned-businesswoman? Either way, she stands to influence her nearly half a billion followers on social media.