The biggest fashion story of the year may just come from an unusual suspect. Fabindia, the handloom clothing brand and home-ware store, has received approval from SEBI this month to launch its IPO. Its estimated size is around Rs4,000 crore. Yes, Fabindia—the store the poshest among us love to hate—may just have the answers.

Fabindia was among India’s most innovative startups. It was launched in 1960 by an American employee of the Ford Foundation, John Bissell, on an assignment to India. He started it in an empty room adjacent to his bedroom at his Delhi residence, with a $20,000 inheritance from his grandmother. Ford had commissioned a grant to the Central Cottage Industries in India to make goods for export. One of Bissell’s main suppliers was A.S. Khera, a home furnishings and dhurrie maker from Panipat. Khera’s son Madhukar would be given shares in the company in 1976, when the RBI ordered foreign companies to limit their equity to 40 per cent. 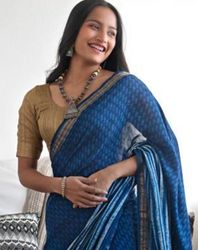 Fabindia competed with the government-owned Khadi and Village Industries Commission (KVIC) and various state emporia by being a little upscale and urban. John’s son William took over the company after his death and turned it into a retail chain. It now operates more than 300 stores across India and a dozen internationally. Fabindia remains India’s most popular ethnic brand. For the upcoming IPO (its date is unannounced), John’s wife, Bimla Nanda Bissell, and Madhukar Khera have transferred 4 lakh and 3.75 lakh shares respectively to artisans and farmers.

Fabindia’s success is going to be the model for several Indian fashion designers, newly backed by two big-ticket corporate investors—Mukesh Ambani’s Reliance Brands Limited (a subsidiary of Reliance Industries) and Kumar Mangalam Birla’s Aditya Birla Fashion and Retail Limited (from the Aditya Birla Group). The ethnic clothing market in India is valued at $21.2 billion according to a 2020 study by Technopak Advisors, with only 12 per cent of it in organised retail. The rest is unbranded ethnic clothing sold through informal outlets.

Both conglomerates—with billions in petrochemicals, energy, telecom, cement, mining and other money spinners—are investing in fashion despite its relatively small profits. India’s large apparel manufacturing market is where most profits come from, while its luxury segment belongs to a small group of bridal fashion designers. These designers are glamorous celebrities even though they own small businesses. The in-between slot, a gaping premium or diffusion market, remains entirely untapped. This coming together of well-known designers with heavy-pocketed corporations is an attempt to bridge this divide.

Some have speculated that Reliance’s snapping up of designers such as Rahul Mishra, Abu Jani-Sandeep Khosla, Anamika Khanna, Manish Malhotra and Ritu Kumar is a vanity project for the Ambani family, but the upcoming Jio Drive mall in Mumbai’s Bandra Kurla Complex bears testament to the company’s commitment to grow the labels by giving them multiple stores across India at more affordable prices. The family has also committed to the promotion of culture with Mukesh Ambani’s wife, Nita, being appointed to the board of New York’s Metropolitan Museum in 2019, and daughter Isha becoming a trustee at the Smithsonian National Museum of Asian Art in 2021. They own the Mumbai Indians IPL team, have snapped up Hamleys, Boots, and are rumoured to have shown interest in Revlon cosmetics.

The ABFRL investments are linked to it receiving over Rs2,000 crore as investment from Singapore’s leading wealth fund, GIC. Both companies aim to open a few hundred stores for their brands as well as venture into verticals like home-ware and accessories, much like Fabindia.

Fabindia’s performance in the stock market in the next few months will determine the fate of India’s top fashion labels, whether they can indeed pivot into becoming brands or remain trousseau specialists.