Our s.o.b. and theirs

The stunning result of the presidential election in the Maldives comes like a morality play. The demon turned out to be only a human being with warts and all. The Indian narrative right up to the polling day was that the outgoing president Abdulla Yameen had rigged the election to make sure he won. That narrative was a faithful rendering of the western narrative. However, in the event, Yameen lost—and, lost badly.

The opposition candidate Ibrahim Mohamed Solih secured 58.3 per cent of votes. If Yameen was a demon, he must have been a terribly inefficient demon. He did not even know how to rig an election involving an electorate who could be roughly the size of the Delhi campuses of Jawaharlal Nehru University, Delhi University and Jamia Millia put together. In retrospect, Yameen allowed a level playing field where the electorate could exercise franchise pretty much the way they wanted. Perhaps, if only the outside world had not been so intrusive and hysterical, the election could have been held in a relaxed atmosphere. 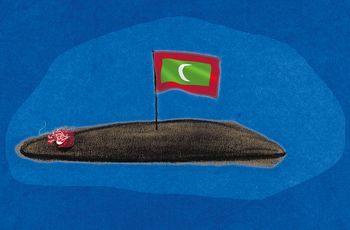 There was much speculation whether Yameen would vacate office. But he dispelled all doubts in a nationalised television speech. “I accept the defeat. I will enable smooth transition,” he said. At this point, one becomes somewhat wistful and hopes that if and when a similar fateful moment arises in India, our hopelessly polarised polity, too, would allow a dignified transition with civility.

So, what was all this hoopla about the democracy deficit in the Maldives? To understand it, we must turn back the clock and ponder over the infamous quote that is attributed to Franklin D. Roosevelt in 1939 when someone asked him about the wisdom of a great democracy such as the US supporting the notorious tin-pot dictator of Nicaragua, Anastasio Somoza (1936-1956). FDR shot back, “Somoza may be a son of a bitch but he is our son of a bitch.” The point is, when it comes to neighbouring countries, the soundtrack of Indian foreign policy echoes FDR.

Both India, being the Maldives’ immediate neighbour, and the US, which is pursuing a containment strategy against China, regard it as imperative to have a malleable leadership in Male. There is also strategic convergence in this regard between Washington and New Delhi. If a so-called ‘second chain of islands’ (west of the Strait of Malacca) linking Diego Garcia (an American base) and the Maldives could get established, effective control of the vital sea-lanes in the Indian Ocean becomes possible.

Solih is regarded as anti-China. The alacrity with which Washington hailed his victory in real time testifies to it. But, in the long run, we are all dead, and this is a futile game to try to construct strategy around the life of mortals. India celebrated the ouster of Mahinda Rajapaksa in Sri Lanka in January 2015. But by August 2018, India is promoting his return to power. Those whom Delhi considered as its proxies in Colombo turned out to be friends of Beijing, too.

An enlightened policy approach towards countries such as Sri Lanka, the Maldives, Nepal and Bhutan will be to focus on India’s enduring interests rather than fritter away energy by promoting proxies. In a multipolar world, the sphere of influence is an outmoded concept and proxies have multiple choices of benefactors. Yameen spoke the truth when he insisted he was not a Chinaman. Beijing did not lift a single finger to salvage his victory. It now hopes to engage Solih with a clean slate.