Iron supplementation may be required only after first six months

IRON INTAKE is necessary to make haemoglobin, an iron containing protein, which helps reach oxygen to different tissues in our body. But while we should try to include an iron-rich diet in our daily life, the same does not hold good for infants. Babies have enough iron in them for the first six months. Of course, these levels may vary according to haemoglobin levels in the mother and the timing of cord clamping*. It is only after the first six months, that iron supplementation in the form of iron-rich food, iron drops and iron-fortified cereal may be required.

Recent research shows that iron supplement is not always necessary and can even cause gastric distress in some babies. Any iron found in the baby ’s gut can be attacked or used by surrounding pathogens and cause anywhere between loose stools to blood in them. Interestingly, when a baby drinks breast milk, the iron in it is protected from invasion or absorption by pathogens owing to special proteins (lactoferrin and transferrin) present in breast milk. So the iron in breast milk exclusively reaches the baby. It is also better absorbed because of the vitamin C present in breast milk. Talk to your doctor on what your baby requires. If he or she green-lights iron supplementation, note that iron can come from haem and non-haem sources. Haem iron is present in animal-based products that originally contained haemoglobin such as red meat, fish and poultry. Non-haem iron is found in spinach, beans, lentils and fortified cereals and juices, but they are absorbed by the body less efficiently. Go slow on iron-rich food, such as spinach, once you have introduced solids. An ideal time would be nine months and later. Try and include vitamin C-rich food while serving iron-rich meals to your child for better absorption.

*Several hospitals ask the father of the baby to clamp the umbilical cord right after birthing. This is their way of involving the father in the entire experience. However, a delay of one to three minutes or late clamping, according to the WHO, may improve iron status in the infant for up to six months after birth. 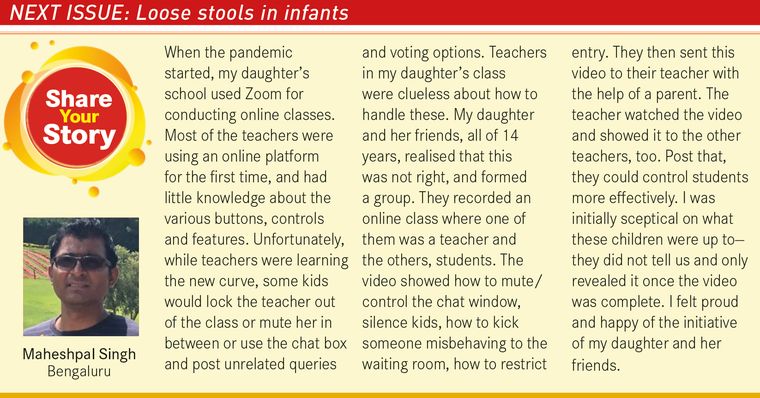