IN MOST Indian homes, at least a generation ago, introducing solid food to babies started anywhere between 90-120 days. It was believed that a mother’s milk was not enough to sustain a growing baby and that if an early introduction to solids was not carried out, then the baby would grow to be fussy.

Years of research by experts in the area of lactation, infant growth and nutrition have, however, concluded that breast milk alone is enough and in fact ideal for the first six months. It has also been noted that babies solely breastfed can also be eager to try new flavours.

So then what is an ideal time to introduce solids?

Typical first food for Indian babies include porridge made from ragi, boiled idli rice, sabudana, bajra and jowar or a cocktail of all the above and more. Rice is a good binder and usually considered as a low allergen cereal, so it is a good cereal to begin with. Introducing neutral flavours (found in rice/oats porridge) and progressing to less sweet vegetables and fruits (so that our babies don’t end up developing a sweet tooth before they sprout their pearlies) such as pumpkins, carrots, apples might prevent the child from developing a strong preference only for sweet food.

Almost all cereals and millets are healthy and nourishing for your child. If your child shows interest and appetite whenever solid food is offered, do not hesitate to introduce her to a host of solids (cereals, millets, veggies, fruit mashes), although in a phased manner—a new item every two weeks or ten days is a good way to start.

Once you start your child on solids, you could offer her a few spoons of water after every meal. Feeding fruit and vegetable mashes high on roughage will help babies have easy bowel movement. 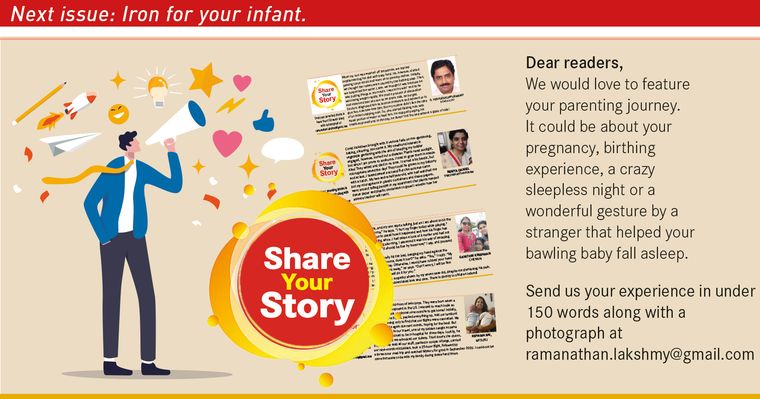