IN INDIA, it is not enough to be pregnant before thirty, but equally important to achieve the right sex, colour and mode of delivering the baby. As a result, those expecting try everything to get it right—be it doctor’s advice, a family’s time-tested practices or solutions on mommy forums.

But how can new parents come into their own when they are caught between one’s instinct and advice or between one’s ability and medical standards? There is no strategy. If we want to embrace the challenges and joys of parenting, then we need to tread with courage and knowledge.

I have had the opportunity to interact with mothers whose pregnancies concluded in a c-section owing to the umbilical cord winding around the baby’s neck (nuchal cord). Most mothers held themselves responsible, and had embarked on self-sponsored (or family-sponsored) guilt trips from which they showed no signs of emerging. This kind of blame game can be debilitating to a new mother and can be avoided if they are aware of basic facts about in utero life.

First, cord around the neck doesn’t prevent a baby from breathing as oxygen reaches the baby through the cord and not through its airways. The cord is a triple-vessel lifeline, which has one vein to carry oxygen and nutrition-rich blood from placenta to baby and two arteries to carry waste and de-oxygenated blood back to the placenta.

Second, cord movements are regulated by the baby, not by the mother. The cord’s one end is attached to the placenta and the other to the baby’s navel. So even if you were to do a split (which you shouldn’t and in all likelihood cannot), the cord will not move. But every time your baby kicks or waves, the cord moves. 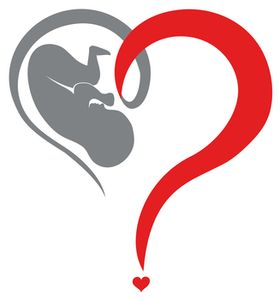 Umbilical cords are 50-55cm long, several centimetres more than the average full-term baby. This means that during your pregnancy, your baby and the cord have enough time and space to get into trouble without you having anything to do with it.

Families would also do well to remember that between a third and quarter of all babies come into this world with the cord around their neck. This is a situation that can be handled by an experienced doctor.

A more serious condition is a true knot where the cord forms a knot along its own length. When a true knot tightens (usually during labour), it can cut off oxygen supply to your baby. Depending on several parameters, your doctor may coax the baby out or perform an emergency c-section.

In many homes in Tamil Nadu, a portion of the dried and fallen umbilical cord is preserved in a silver locket or pendant—thazhithe—and tied around the neck or waist of the child to ward off evil spirits.

In Manipur the maibi or midwife cuts the umbilical cord with a sharp bamboo split. The cord along with the placenta are placed inside an earthern pot and buried in the backyard by a male member of the family. If the baby is a boy, then the pot is buried in the right side of the house and if it is a girl, on the left.

The practice of burying the cord in the backyard is still seen in some homes in Kerala and other parts of the country. It is believed that the child will be close to its home as his or her umbilical cord lies there.