The psychology of writer’s block and how to overcome it 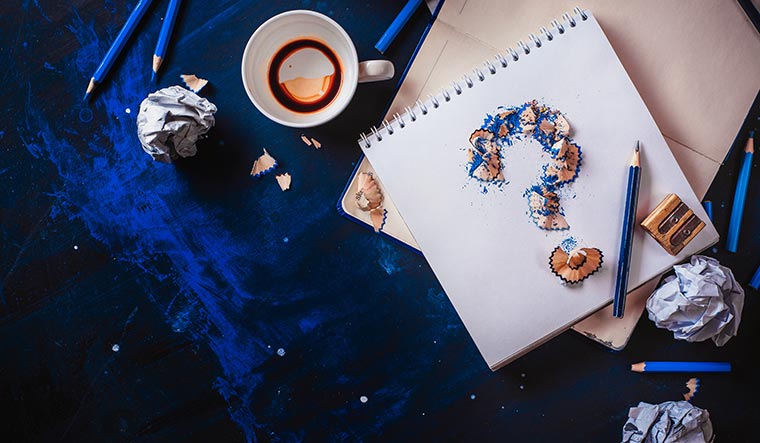 Most writers experience writer’s block at some point. This is typically characterised by gazing vacantly at an empty document on their computers or a blank page in their notebooks, with no new stream of thought pouring in. Playwright Paul Rudnick described it as follows: “Writing is 90 per cent procrastination: reading magazines, eating cereal out of the box, watching infomercials. It is a matter of doing everything you can to avoid writing, until it is about four in the morning and you reach the point where you have to write.”

Writer’s block, or creative block, is not a new construct. And this is not intrinsic only to writers. Creative people from all walks of life—artists, musicians, poets, entrepreneurs—can and will experience this at some point. Sometimes, inspiration just fails to strike.

What is writer’s block?

Creative block is a complex process of thought inhibition preventing a writer from proceeding with a piece in stipulated time, with the result often being that the writer would abandon the piece altogether.

The construct of writer’s block originated in the early 19th century when English poet Samuel Taylor Coleridge first described his “indefinite indescribable terror” at not being able to produce work he thought worthy of his talent. Later on, French writers described the construct of “suffering” being inextricably woven to writing and expanded it to create the myth that all writers possessed a tortured soul, and were unable to write without anguish. The esoteric idea of not being able to accomplish creative work, without having been subject to personal trauma, probably has its underpinnings in the French concept of suffering for the sake of being able to write.

Writing is an onerous mental process. It requires a certain degree of cognitive expenditure than many other lines of work and that is why most writers struggle. Whether writer’s block is a valid psychological construct or a term coined to give the challenges of writing a somewhat romantic flair, the reasons behind the struggle are numerous.

A few plausible cognitive processes come to my mind when I think about what possibly hinders the journey of writing.

Most people struggle with being judged for what they are. This will hinder them from putting their ideas out in open space. We should not be too bothered about criticism while making sure to look out for ways to improve.

The fear of being rejected by publishers or readers weighs heavily on many writers. Identifying and accepting this is the first step to getting our creative juices flow once again. One must seek psychological help if this phobia continues to dominate one’s life.

Some thought leaders argue that a constant striving for perfection is the basis of all worthy human pursuit. However, such an enduring pursuit often stems from a distorted sense of perfectionism that sees it as a tool for protection, to shield ourselves from harsh critique or failure.

Some writers may have obsessive-compulsive personality disorder or anankastic personality disorder. They are oblivious to the fact that other people are often annoyed at the extent to which their striving for perfection results in exasperating delays in accomplishing routine tasks. The treatment found to be most effective for this condition is cognitive behavioural therapy (CBT).

It is often said that we are our own worst critics. Unnecessary comparisons to other more successful writers or even to our own earlier work is an impediment to fulfilling creative work. This often reaches an impasse wherein nothing ever seems good enough.

This is an oft-neglected cause. ADHD is characterised by an ongoing pattern of inattention and/or hyperactivity-impulsivity that interferes with functioning or development.

Inattention generally manifests as tendencies to wander off from tasks, lacking persistence, difficulty sustaining focus and being disorganised. Impulsive behaviour may take the form of the individual making hasty, rash, ill-thought-out decisions with a great potential for harm, or the inability to delay gratification. Treatments include medication, psychotherapy, training or a combination of these modalities.

This encompasses mood states ranging from anxiety to depression, and including constructs such as dysphoria. Studies have shown that negative mood states are associated with poor functionality and health-related quality of life. Having a number of depressive symptoms but not necessarily at a clinical level can lead to poorer cognition. A positive outlook towards life has shown to be beneficial.

Experts say scheduling a time to write is the best way to be prolific. Some authors are comfortable to write as soon as they get up after a good night’s sleep. Writing can become monotonous, so break the monotony. Regular writing practice may help reduce writing's demands on working memory, freeing experienced writers to create and revise more nuanced prose.

The creative process has four stages: preparation, incubation, illumination and verification. To consistently come up with fresh ideas requires a vast amount of reading to be done. While thinking about a topic, it is important to jot down ideas that come to mind. Many a time, these ideas come unexpectedly in a conversation. Document them immediately.

What is referred to as writer's block is waiting for the third phase of creativity. If you are stuck on something, give it a rest for a day or two. Even when we consciously take a break from a project, the brain is still tinkering with it. Sleeping may also help consolidate ideas and associations we have gathered during the day.

To get ideas flowing, sit down in a place of your liking, and then attempt to write. Putting down the first ideas or words that come to you will help you establish the broader framework. Some find that writing in freehand generates more ideas than typing.

Writing involves generating fresh ideas, and editing involves evaluating ideas. Work will flow more smoothly if we write for one session and edit in another, rather than stopping after each sentence.

If you work best in a shared work space, or in a coffee shop or park, go for it. Right environments enable words to gush at consistent pace. Such enabling environments have to be found out through trial and error.

Studies have found that people have a greater degree of divergent thinking while walking, and that this effect lasts even after they sit down. Exercising has been proven to reduce stress, focus the mind, increase productivity and enhance memory. In particular, aerobic exercises encourage the growth of new brain cells in the hippocampus.

We will inevitably receive rejections throughout our writing careers, but we should not doubt our ability as soon as this happens. Sharing our drafts with friends or a mentor will often help us in giving the right context and meaning to our work.

Set goals for each writing session, like writing a certain number of words or revising a draft, and reward yourself for completing them. Some authors set word count goals.

We are surrounded by distractions and seemingly urgent interruptions to our work. Avoid these unnecessary distractions. They tend to occupy a lot of mind space which can otherwise be used more productively.

Say no to binge writing

Amateur writers tend to binge-write—doing nothing for weeks and then locking themselves into a room and writing for days on end. This drains us out physically and mentally, and affects the quality of work. A more pragmatic approach would be to break down the task of writing into smaller segments.

In conclusion, the only thing that will really get us to overcome creative block is to simply start the process of writing. The creative juices will then inevitably start to flow again and we can let the words flow out!