Growing up without godfathers 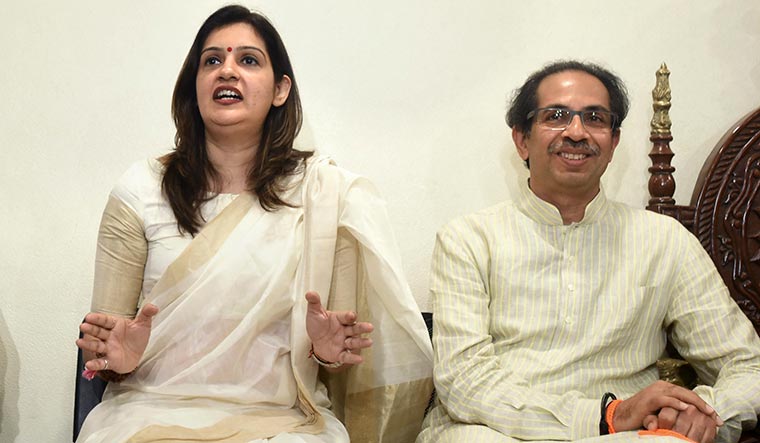 WHEN I CHOSE to enter politics—with the realisation that the kind of politics we see in our democracy has to change with people from non-political backgrounds entering the field—I was also aware of getting a chance to be a change maker. Politics is often looked down upon as a bad word. Politics is a career. Let nobody tell you otherwise. My decade-long journey has been about shouldering all responsibilities given to me with the best of my abilities. I believe that it is the responsibility of the party/organisation to nurture the talent and give people the space to grow and give them the dignity they deserve. It is important to be at a place where one’s ability and talent are respected and valued.

Is the political system skewed? I would say the answer lies in the choice of candidates in elections. While we pat ourselves on the back for increasing women’s representation in Parliament to 14 per cent, we forget that we lag behind even countries like Pakistan and Sri Lanka. The way to show women that there is space for them in politics is to encourage them by giving a chance to contribute either electorally or through organisational growth. Otherwise, how can we tell women who are in politics that they belong here? How are women going to be heard in the power structure?

In politics, unlike in any other field, men have a sense of entitlement which is entrenched in them, thanks to a patriarchal society. A woman has to consistently prove herself to validate her presence and grow in the system. Women in positions of power should be able to help other women instead of pushing them down. They should proactively share their networks to help other women who are struggling, be mentors, create space and make more space.

My journey has much to do with my own resilience and a commitment to persist in my call of duty. It also has a lot to do with setting rules where none existed and breaking rules as to how women are portrayed in public life. This is what I expect from every new, wonder-eyed youth who takes up a career in politics. Remember, there is no financial stability, no emotional stability and no clear career path. However, the thrill of being part of a journey that helps you contribute significantly towards building a nation of your dreams is immense and the satisfaction unparalleled.

People from my own family at times questioned my choice of being in politics, my ability to handle the rough and the tumble of it all. My journey has been tougher, since I was led by my heart. Had I been calculated and calibrated, it could have been easier.

But, when you have the talent and the ability, and no godfather, there are still ways and means you can shine through. That is what has happened in my case. And that is what will happen with each and everyone who chooses this path of public life, which has its own share of highs and lows. But once the bug bites you, it is impossible to stay away from it.

As told to Pooja Biraia Jaiswal