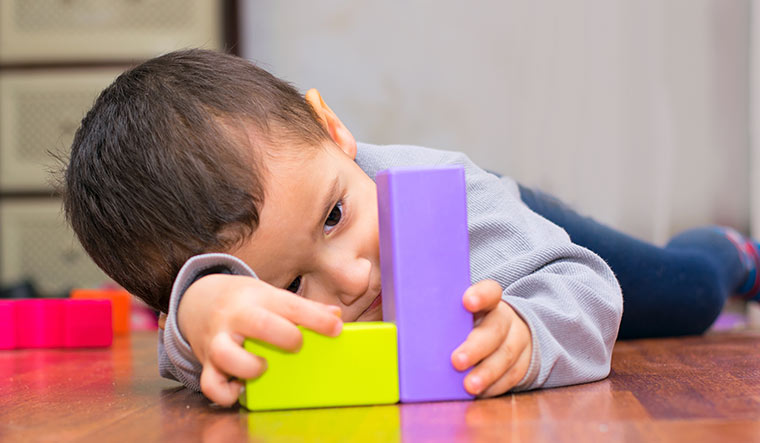 Autism spectrum disorder is a group of neuro-developmental conditions characterised by impairment in three main areas—social interaction, verbal and non-verbal communication, and stereotyped, restricted or repetitive pattern of behaviour, interests and activities.

In most cases, ASD is under-diagnosed or missed because of lack of awareness regarding its clinical presentation. Usually, the problems are labelled as speech delay and the parents are asked to wait till the child is three. The median age of diagnosing autism is two to four years, but with awareness and early screening, we can diagnose it as early as one-and-a-half years. This helps in early intervention, which changes the outcome in a significant manner.

The recent increased incidence of the disorders, the emotional impact they have on families and the challenging financial demands make ASD an important public health issue. Autism is currently incurable and most people with ASD do not receive specialised treatment or any treatment at all.

Eugen Bleuler coined the term autism in 1911 and Hans Asperger described the symptoms of autism in 1938. Globally, the prevalence of the disease is four to six per 1,000 persons and it is constantly increasing. It affects all racial, ethnic and socioeconomic groups, although it is five times more common in boys.

Autism occurs because of a combination of genetic and environmental factors, though the exact cause is unknown. Autism affects information processing in the brain by altering connections and the organisation of nerve cells and their synapses. Genetics play a major role—about 20 per cent of children with ASD also have certain genetic conditions. Some of the conditions include Down syndrome, fragile X syndrome and tuberous sclerosis. Other risk factors are having a sibling with ASD, having older parents (mother or father > 35 to 40 years) and parental history of psychiatric disorders.

Under ASD, autism is one of the five types of pervasive developmental disorders (PDD) of childhood. Of five PDD forms, Asperger syndrome (high-functioning autism) is the milder form and closest to autism. PDD not otherwise specified (PDD-NOS), also called atypical autism, is the most common PDD. Rett syndrome and childhood disintegrative disorder are the other PDDs.

Autism is diagnosed not by a single symptom, but by a characteristic triad of symptoms that becomes apparent typically before age three:

They speak random words and cannot form proper sentences. They are also less likely to make requests or share experiences, and are more likely to simply repeat others words or reverse pronouns.

Stereotyped behaviour: They make repetitive movements, such as flapping their hands or rocking their bodies.

Sameness: Children with autism are resistant to change. For example, they will insist that the furniture not be moved and refuse to be interrupted.

Ritualistic behaviour and restricted interests: Interests that are abnormal in theme or intensity of focus, such as preoccupation with a single television programme, toy or game.

● Speech delay or speech regression. No babbling by 12 months, no single words by 16 months.

● Lack of interest in peer relationships.

● Persistent fixation on parts of objects.

● Loss of any acquired language or social skills, at any age.

● Nearly half of the parents of children with ASD notice their child's unusual behaviour by the age of 18 months, and about four-fifths notice only by the age of two.

Several diagnostic instruments are available. The Modified Checklist for Autism in Toddlers (M-CHAT) and the Childhood Autism Rating Scale (CARS) are used widely.

Early intervention improves prognosis in a significant proportion of children with ASD. The main goals when treating autism are to lessen associated deficits and family distress, and to increase quality of life and functional independence.

A multi-disciplinary approach, which includes a paediatric neurologist, child psychologist, early intervention therapist, speech therapist and occupational therapist, works better to treat the child. A few medications, such as a high dose of vitamins, omega fatty acids and L-carnosine have been tried. Also, co-morbidities like epilepsy, hyperactivity, irritability and sleeping disorders are treated with medication.

Autism is a life-long disability. It requires awareness and education for early detection and intervention. The vast majority of children with ASD will continue to show deviance and difficulties in social interactions throughout their lives. Acquiring language before the age of six and having an IQ above 50 predict better outcomes. People with severe autism will be less likely to live independently.

Prognosis should be discussed with the family to avoid unrealistic expectations. It is essential to put in the effort for early intervention and to foster family involvement, as well as community participation.