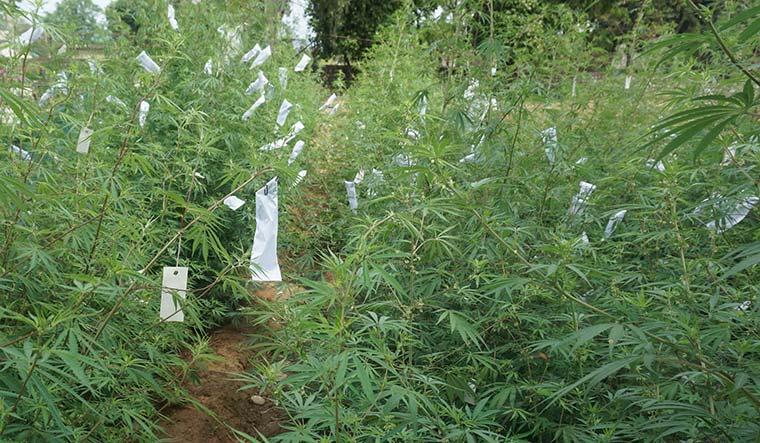 Cannabis has been an important medicinal plant for centuries, rooted in Indian culture and ayurveda. However, owing to the global abuse of cannabis as a psychotropic substance, the plant was banned under the National Drugs and Psychotropic Substance Act, 1985, and consequently all research and development work on it came to a virtual halt.

Owing to breakthroughs in biomedical research in the last several years, particularly by scientists from Israel, there has been a global renaissance in cannabis-driven drug development for treating various diseases. And, this multi-disciplinary research has brought remarkable clarity in terms of harmful and beneficial compounds produced by the cannabis plant.

Most of the harmful or narcotic or habit-forming properties of cannabis are due to a compound called THC (tetrahydrocannabinol), and most of the therapeutic properties are due to another phytocannabinoid called CBD (cannabidiol). These harmful and medicinal compounds can be separated.

CBD-rich phytocannabinoids have undergone phase-II and phase-III clinical trials in the United States, Europe and Israel for cancer pain, epilepsy, glioma (a type of brain tumour), type-II diabetes and schizophrenia. This led to the regulatory and marketing approval of cannabis-derived drugs for treating pain, multiple sclerosis, appetite loss in AIDS patients and nausea in chemotherapy.

The breakthrough on CBD was highlighted in the September 2015 issue of Nature. The most important use of cannabinoids is in the management of pain in advanced terminal cancer, epilepsy in children and in sickle cell anaemia.

In India, however, despite the best quality cannabis available, no effort has been made to bring CBD to the market. For the last several years, the CSIR-IIIM [Centre of Scientific and Industrial Research-Indian Institute of Integrative Medicine], Jammu has been approached by several leading cancer doctors and companies from abroad regarding CBD-based therapeutics for pain management in cancer and epilepsy patients. The institute approached the Union and state governments for permission to bring cannabis under captive cultivation. Recently, the state government granted licence to IIIM for cultivation of cannabis for medical research and drug development. This landmark and visionary step will go a long way in enabling access to CBD-based medicines for cancer and epilepsy patients in India.

There is an urgent need to review the law in India. The Union government should allow protected cultivation of cannabis in different parts of the country, and support process development, biomedical research and clinical development of phytocannabinoids under the regulatory oversight of the Drug Controller General of India.

The writer is director, Indian Institute of Integrative Medicine, Jammu.