Art in the porcelain capital, Jingdezhen

Every visit to China springs a surprise. On my way to Jingdezhen, I touched down at Shenzhen, a fast developing city. A friend of mine had mentioned that there were fewer people and buildings in Shenzhen a decade ago. Now, this city has more than 10 million inhabitants and is totally urbanised. It also has one of the most aesthetically designed airports in the world.

Jingdezhen hosted the inaugural ceremony of the Taoxichuan China Arts & Sciences project in April. The city is known for its traditional wealth of ceramic craftsmanship and contemporary Chinese artists make use of the skilled craftsmen of ceramics and porcelain from the region. For instance, Ai Weiwei produced 100 million hand-made ceramic sun flower seeds for his Tate Modern’s Turbain Hall project from the region. Priya Sundaravalli from Auroville had a contemporary ceramic residency in Ceramic Art Avenue, and Vinod Daroz from Vadodara was a regular artist there. 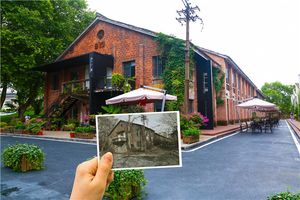 Thomas Eller, a German artist known for setting up some important initiatives and publications, now lives and works from Jingdezhen and Beijing. He was the editor-in-chief of Art Net, and is the Boblingen CEO of Gallery Weekend Beijing. He understands the art world, its ecosystem, economy, politics, practice and theory. He had called me a few months ago to discuss about his vision for a future city, creative economy building through its traditional wealth of crafts, art and sciences. He envisioned three verticals for achieving it for Jingdezhen. First, residency: Residency programmes are the beating heart of the Taoxichuan China Arts & Sciences project. Artists of all disciplines and scientists come together to live and work in Taoxichuan. Second, festival: The art festival makes the project visible to the world by staging a biennale in Taoxichuan and by cooperating with global artists and curators to bring to the world its idea. Third, museums: The municipality is to have museums with curated shows, permanent and temporary.

The first phase of Jinghezhen has already been built. The old factory areas have now been developed into high-end hotels and medium shops, restaurants, cafes and fashion, designer leather, ceramic and porcelain spaces and a ceramic museum. They become active from afternoon till late night with food and music. The municipal authorities have signed agreements with different institutions and organisations to make their vision possible. The first board meeting decided to set up three important projects and other possibilities for TCA&S.

Restoration or conservation of architecture at its best could be experienced at Jingdezhen Heritage and Ceramic Industry Museum. It won the UNESCO Asia-Pacific World Heritage Award in 2017, thanks to optimistic policy making by the municipality.