When a ‘judge’ presides over a ‘court’

Today, instead of a court being a nyayalaya, there are overtones of a rajasabha

The word ‘court’ has multiple meanings: courtyard, enclosed space, sovereign’s residence, sovereign’s assembly-hall, a place where some games are played and a forum where justice is delivered. Today, these meanings seem different. But etymology, traced to Old French, is common—a sovereign’s assembly. In similar vein, etymology of the word ‘judge’ means someone who declares the law. We continue to use the words ‘court’ and ‘judge’, when referring to justice delivery. I have less of a problem with the word ‘judge’. The word has been Indianised and has entered non-English lexicons. Replacing it with nyayadhisha seems concocted and unnecessary. But I wonder about ‘court’ and replacing it with ‘nyayalaya’.

Don’t words shape perceptions and behaviour? ‘Judge’ is fine. It conveys the impression that justice must be delivered. But if a ‘judge’ presides over a ‘court’, doesn’t it suggest a judge is the counterpart of a sovereign, a monarch of everything surveyed? Instead of it being a nyayalaya, there are overtones of a rajasabha. We have borrowed a lot from the colonial legacy. But, in independent India, life must move on, and it has. The original attire for judges in England was based on what was proper for attending a royal court. Imagine a judge in India wearing a scarlet or ermine robe today. 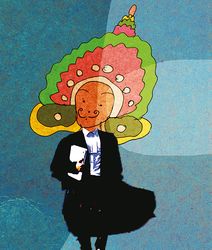 Judges are no longer addressed as ‘My Lord’ and ‘Your Lordship’. There is prescribed attire for judges and advocates (I should say legal advisers). I doubt that attire is appropriate for India’s climatic conditions. But that will be adapted and modified in due course. Is there prescribed attire for litigants? There is none. Yet, recently, in the Patna High Court, Bihar’s hapless principal secretary was sternly rebuked for being inappropriately dressed. He was dressed in formal trousers and wasn’t wearing shorts, ready to go to the beach. But the collar wasn’t buttoned. There was no tie and coat.

More than the reprimand, notice the judge’s diatribe. Surely, that crosses the lakshman rekha, if there is one. I think this largely emanates from the idea of royalty being offended. This wasn’t the first such instance and other High Courts have come down heavily on hapless civil servants or those in armed forces. At least, in such instances, there is prescribed formal attire, though a bandhgala isn’t necessarily prescribed in the height of heat. If courts are so inclined to take umbrage, perhaps it is a good idea to prescribe a dress code for all litigants. For instance, in response to an RTI inquiry, the Karnataka High Court stated that crossing one’s legs in court is permitted.

However, that’s only for the Karnataka High Court. Can legs be crossed in the Patna High Court? Such momentous matters of attire and posture need resolution through a uniform template. Otherwise, individual judges will have to loosen their tongues, even if attire and posture for litigants are not loosened. After all, the average citizen is not always well-versed in matters concerning royalty. The Supreme Court has rules for accredited legal correspondents. That doesn’t help, since it speaks of “formal attire befitting the décor of the court”. At best, this is subjective, and decorum (I think the Supreme Court meant decorum, not décor) is left to discretion. Speakers of assemblies have faced similar conundrums, without satisfactory resolution. Courts are better positioned to lay down law of the land. As long as ‘court’ smacks of rajasabha rather than nyayalaya, who knows when a judge will take offence? Lower courts don’t seem to be that concerned about attire. For High Courts and the Supreme Court, why not state clearly what is disallowed? No sneakers, T-shirts, shorts and jeans. For males, black ties and tuxedos.