You cannot monkey around with principles of natural justice

I have written about case property being produced in court before (December 5, 2021). I am harping on the same theme because of a recent news item. A young man, named Shashikant Sharma, was reported missing in Jaipur. Subsequently, in September 2016, his dead body was found, within the geographical area of Chandwaji police station. Presumably, cops were not taking the murder investigation seriously. Otherwise, why were there reports about relatives and neighbours blocking Delhi-Jaipur highway, demanding action? In any event, police arrested Rahul Kandera and Mohanlal Kandera, both residents of Chandwaji, and charged them with murder. They were produced at additional district judge’s court. The evidence would now have to be produced before court. There were 15 items in the bag of evidence, including the knife used to kill. Normally, such evidence is kept in the malkhana (evidence room). But such are piling arrears of criminal justice that there was no space in the police station’s malkhana and this bag of evidence was simply kept under a tree. The police have now informed the court that a monkey ran away with this bag. In the absence of evidence, the accused will presumably be acquitted. You cannot monkey around with principles of natural justice. 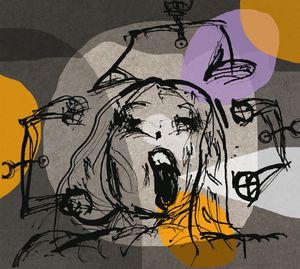 As I have said before, case property does not have to be physically produced before a court. The panchama (a proper description) suffices. The Criminal Procedure Code says so and Supreme Court judgements have also stressed this. Those principles are honoured more in the breach. Besides, in a recent case, commuting the death sentence of a man convicted of raping and murdering a four-year-old girl, the Supreme Court has sagely advised us, “Every saint has a past, every sinner has a future.” No doubt, the Kanderas also have a future and Sharma must have had a past. If one is looking for something witty to say, Oscar Wilde is normally a safe bet. But surely, we must keep the context in mind. A Woman of No Importance is not my favourite Oscar Wilde play. If I opt to quote from this satirical play, I will certainly not quote Lord Illingworth. I do not think anyone who has read the play, will. If I were to quote Lord Illingworth, “We in the House of Lords are never in touch with public opinion. That makes us a civilised body.” Firoz was 40; the raped and murdered girl was four. There can be a debate on the merits of capital punishment. As of today, we have it.It is imposed in rarest of rare cases. National Law University, Delhi, has a “Death Penalty Research Project”. They did a report titled “Matters of Judgement”, documenting that former judges of Supreme Court did not agree on “rarest of rare”. It was often subjective. In this case, the trial court imposed death penalty and MP High Court upheld it. To quote from MP High Court’s decision in 2013, “In the present case, if the factual position is considered, then it would be apparent that the commission of rape to four years old girl is brutal and inhumane. Thereafter killing the girl child so that she would not make any complaint about the crime to anyone, then it even chosen (sic, probably should be crosses) the limit of extreme brutality.” The non-lawyer will not know the intricacies of law, Bachan Singh and other cases. Nevertheless, public opinion will generally believe death sentence was warranted. The trial court and MP High Court certainly know the law. The Chief Justice of India recently reminded everyone about “Lakshman Rekha”. Not crossing the line also means not tampering with decisions of lower and high courts unnecessarily.