Covid-19 has reinforced the argument for a unified law

Our Constitution was adopted after lengthy debates in the Constituent Assembly. Let me quote from debates on September 2, 1949. H.V. Kamath said: “While commending my amendment seeking to transfer public health, sanitation, hospitals and dispensaries to the Concurrent List, I would like to state that public health has been the Cinderella of portfolios in the cabinet of our country.... We could not do better than make public health a Concurrent subject…. Bearing all these points in mind and viewing this important and vital matter from different points of view, I feel very strongly that public health should not be relegated to the legislative powers only of the states but should be a concurrent subject at least. I am sure my friend Mr Brajeshwar Prasad would try to include it in List I, but I would be happy if this matter were transferred to List III.”

Prasad said: “I feel that public health, sanitation, hospitals and dispensaries should be included in List I.… I fully appreciate the point that by wresting those important powers, provincial autonomy will be modified to a very large extent, but provincial autonomy is not an end in itself.” 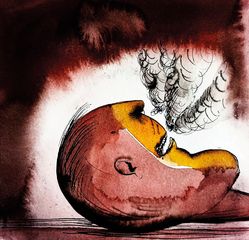 In 2015, the World Health Organisation produced a report on international public health hazards and Indian legislative provisions. This mentioned India as a signatory to international health regulations, and the National Health Bill of 2009. To quote the WHO, “the study identified 124 relevant laws/legislation which comprise 67 Acts, the rest being rules, regulations, administrative orders, notifications etc…. The laws/legislation also comprise 36 rules, eight regulations, three guidelines, three orders, one notification, two international conventions, one handbook, two standards and one policy.” True, the WHO had a broad definition and some laws/legislations concerned health indirectly. But even if one prunes the list to those directly dealing with health, the proposition remains—multiplicity and silos, and lack of harmonisation.

We need a unified law, an argument reinforced by Covid-19. There may be issues with specifics of what such legislation should contain, as was the case with the subsequent Public Health (Prevention, Control and Management of Epidemics, Bioterrorism and Disasters) Bill of 2017. Besides 2009 and 2017, there were attempts in 1955, 1987 and 2002 too.

Are state-level Public Health Acts and state-level intervention enough? Most people will say they are not. In addition, to quote the Supreme Court in August 2020: “Only a few states took advantage of the subject of ‘public health’ being a state subject.…” Specifically, only six states passed such laws.

To take one example of why health has Union-level importance, why do we have National Health Mission? Despite accepting Union funding for health (over and above devolution through Union Finance Commission), why have states resisted Union-level legislation? It probably has to do with what Prasad mentioned—a perceived threat to autonomy.

Unless the Seventh Schedule is amended, the Union government can draft a model Public Health Act, and states can decide whether to adopt it or not. A more powerful idea is for two or more states to request Parliament (under Article 252 of the Constitution) to pass such legislation. The concerns raised by Kamath and Prasad still remain. 2022 is not 1949. Items have moved from State List to Concurrent List (education in 1976), though rarely. Perhaps the idea should not be discarded out of hand. Health is too important. Autonomy is not an end in itself.