I know a politician who is petrified of air travel. He belongs to a social class in which travelling by air is the norm. Since he opts to travel by car, this makes life as a politician a difficult affair. Data are better in the US than in India. There, the probability of dying in a car crash is many times more than the probability of dying in a plane crash. Actual numbers may be different, but relative magnitudes must be similar in India, too. Nevertheless, he has his perception of risk.

In every act of decision-making, we weigh risks. Pedestrians die. But we do not hesitate to step onto the road because of the perception that risk is low. Most people are risk-averse. We do gamble and people do win at casinos, though, on average, the odds are stacked in favour of casinos. Otherwise, casinos would not be in business and state governments would not earn revenue by selling lottery tickets. But taking risks on money is different from taking risks on life and limb. Even people who take risks on the former are likely to be risk-averse on the latter. 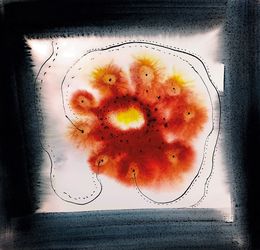 When the Covid-19 pandemic first struck, no one was initially sure about the risks. Decision-makers mean citizens, as well as governments. As a country, we weathered the first wave in 2020 reasonably well, whatever be the indicator to measure this. Consequently, shades of complacency seeped in.

When the second wave struck in 2021, we were not as cautious and risk-averse as we should have been. Citizens shunned social distancing and masks; governments did not necessarily react with alacrity. Mortality and morbidity numbers during the peak of the second wave were far higher than during the first.

Depending on how a third wave is defined, we are now in its midst and all evidence suggests Omicron is a relatively mild variant, though other more virulent variants may surface. Though irresponsible social behaviour still exists, given the experience of the second wave, citizens seem to be much more paranoid in 2022.

State governments have also clamped down severely and all such restrictions adversely impact economic growth and recovery. But when life and limb are concerned, it is understandable that both citizens and governments should react with excessive caution. No one wants to risk the eventuality of assumptions going drastically wrong. Who in government reacts? Primarily National Disaster Management Authority and state disaster management authorities—mandated to handle not just pandemics, but other natural and man-made hazards.

The backbone is the National Disaster Management Act (NDMA) of 2005. Legislation can only be passed under a constitutional provision and for something like health, everything is squarely in the State List of Seventh Schedule. Yes, there is the Epidemic Diseases Act of 1897. But under that, the Union government can only take action at the border, nothing more. How was that 2005 legislation passed? It invoked an entry in the Concurrent List on “social security and social insurance; employment and unemployment”.

Following Humpty Dumpty, an expression can be taken to mean whatever we choose it to mean and something like a pandemic affects social security and employment. But such a wide definition of “social security” is indeed incongruous. Today, it is a pandemic. Tomorrow, it might be some other kind of disaster.

The third report of the Second Administrative Reforms Commission was on crisis management and it pointed out gaps in the NDMA: “However, the subject of disaster management does not find mention in any of the three lists in the Seventh Schedule of the Indian Constitution.” Therefore, it suggested the insertion of such an entry in the Concurrent List and amendments in the NDMA. Covid is a trigger for those changes.