What does India gain by remaining a Commonwealth member, asks Bibek Debroy

There is a certificate floating around on social media. It is genuine and is dated July 1, 1887. The certificate was issued by a deputy commissioner and states, “Ram Narain, being an accepted Kursi Nashin of this district, is entitled to a seat when visiting officers and gentlemen.”

If you held a Kursi Nashin certificate, you were entitled to be seated in the presence of British officers. Otherwise, you stood, served and waited. This particular certificate is printed, with a signature by hand. Printing implies such certificates were commonly in use, even if most people have not heard of them. 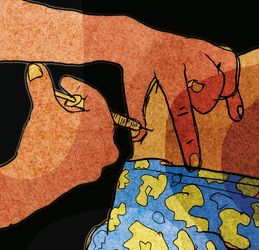 Muhammad Habib Khan Tarin (1829-1888) was a cavalry officer in British India, from an area now in Pakistan. He was conferred title of Nawab Bahadur and awarded a Star of India (CSI). Therefore, he was not from ranks of the hoi polloi. In 1872, he was made JP (justice of the peace) and received a Kursi Nashin certificate for Talokar Haripur.

So, a Kursi Nashin certificate did not have validity throughout British India. You could grab a chair in some parts, not everywhere. It was also important enough to be mentioned in a resume, as was also done for an individual named Bandial Janubi (from an area now in Pakistan), made Kursi Nashin in 1917. For World War I, I also found reference to a special recruitment drive (for soldiers), to which, Kursi Nashin certificate holders were specially invited.

The sun set on the empire a long time ago, but old habits die hard. Being offered a chair, a mark of equality, is an act of favour. Hence, Britain subjected Indians who travelled to the UK to mandatory quarantine for 10 days—even if they were vaccinated with both doses, and even if the vaccines were those UK itself administers.

To quote, “In our last report back in August 2021, we shared that fake ‘vaccine passport’ certificates were on sale for US$100-US$120, with majority of sellers from European countries. Also on sale: The EU Digital COVID certificate, CDC and NHS COVID-19 vaccine cards, and fake PCR COVID-19 tests.” The price quoted for a fake certificate is $75 in India and €100 to €150 in the UK.

It is not that fake certificates do not exist in the UK. But they are more expensive. Perhaps, a nation of shop-keepers thought of an additional means (tests, certificates) of generating revenue. In any event, when India imposed reciprocal restrictions on British nationals as quid pro quo, Britain recognised Indian certification. Several other countries also do. (There is a separate WHO-related issue about Covaxin.)

International relations are about reciprocity and quid pro quo. There was a colonial connection, but Britain warrants no special treatment because of that. That colonial legacy also includes Jallianwala Bagh, recently reiterated in the film Sardar Udham.

While history and reciprocity have their own places, why is India still a member of the Commonwealth? What do we gain? Our membership is based on 1949 London Declaration. “The government of India have however declared and affirmed India’s desire to continue her full membership of the Commonwealth of Nations and her acceptance of The King as the symbol of the free association of its independent member nations and as such the Head of the Commonwealth.” Do we still want that?