How many states are willing to acquire land for expressways, asks Bibek Debroy

Since the 1970s, images of the world at night have been available, courtesy NASA. Brightly-lit parts are correlated with economic prosperity. Dark areas are poorer. Economists have probed whether the intensity of night lights (luminosity) can supplement, not substitute, other measures like GDP, and this has been done for India, too.

Prosperity and development are correlated with urbanisation. Even without using sophisticated indicators, all of us have a fair notion of which parts of India are relatively more developed. The correlation with luminosity in night-time images is evident. Whenever images are available to track lights over time—and for whichever country—luminosity has increased. 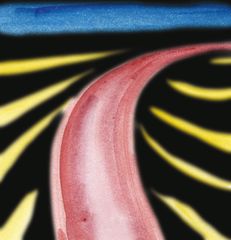 India has become more shining over time, driven by cities and urbanisation. Most such research has been on the role of cities and economic activity (at night) within cities. When I first saw such night-time images, what struck me, across countries, was not just cities, but expressways and highways linking them. They stand out. It is evident for India, too, and will naturally become sharper as India’s highways develop.

Roads (transport, generally) connect people. Growth and development are driven by connectivity, and better transport links product, labour and consumer markets. Economists have written hundreds of papers establishing this, though quantification is not easy. To prove the obvious, economists are not needed, though they measure and quantify. There were no economists at the time of the Roman civilisation. Nevertheless, Romans built roads and bridges wherever they went. Closer home, Uttarapath (and Dakshinapath), Chandragupta Maurya and Sher Shah Suri.

Anyone who has travelled by road in India is familiar with enormous improvement in connectivity everywhere. My impressions are the following. (1) Degree varies from state to state. (There are always land acquisition issues.) (2) Improvement is more marked for national highways and rural roads. (There is the Pradhan Mantri Gram Sadak Yojana.) (3) Improvements in state highways and district roads are not commensurate, unless a state highway has been renamed a national highway. (4) In parallel, vehicles are better now. When we think of vehicles, we usually have cars in mind. But buses and trucks have become modern. (5) Hence, railways have lost both passenger and freight to the road. (6) Whenever a highway is developed, there are positive multiplier benefits along both its sides, including land markets and real estate. (7) Incidentally, better road connectivity also helps social sectors (education, health) and such benefits have been quantified.

The distance from Mumbai to Delhi is roughly 1,500km. On Rajdhani Express, this takes around 15 hours. There are plans to reduce this to 12 hours by 2024. How long does it take by road? Twenty-four hours is a fair guess.

We now have more details on the Delhi-Mumbai Expressway, to be completed by March 2023, which will reduce travel time to 12 hours. It is going to be eight-laned, to be expanded to 12, if necessary. Sure, one can quantify and project multiplier benefits. But the way lives will be transformed in Delhi, Haryana, Rajasthan, Madhya Pradesh and Gujarat is often intangible and all quantification is an underestimate.

Why cannot we have more such expressways? Resources apart, how many states are willing to acquire land, compensate and allow access control?